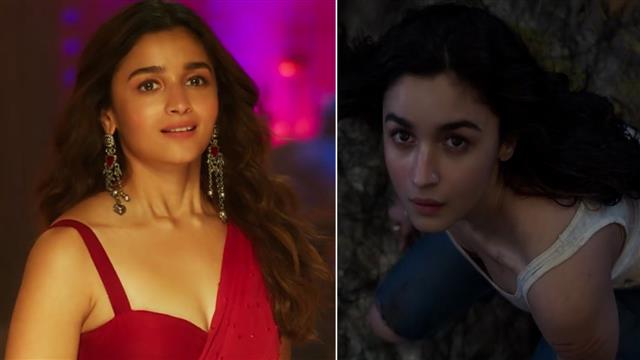 On her birthday, Bollywood actor Alia Bhatt gave herself and her fans a present. The actress shared the first look of Isha, her character in Brahmastra. She took to social media to drop the teaser of Brahmastra.

On her Instagram, the birthday girl wrote, “Happy birthday to me can’t think of a better day and a better way for you’ll to meet Isha..”

It’s the first footage from the long-awaited film directed by Ayan Mukerji. Alia, who turns 29 today gave a shout-out to the Brahmastra director, she wrote, “Ayan my wonder boy. I love you. Thank you! #brahmastra.”

In the clip titled ‘Happy birthday, Isha’, there are moments from the movie showcasing Alia Bhatt in different moods and situations. The first in a mythology-based trilogy, it is also subtitled Part One: Shiva. It’s Alia’s real-life boyfriend Ranbir Kapoor who plays Shiva in the film.

For the unversed, the film has been in the making for the last seven years. It is on the sets of Brahmastra that Alia Bhatt and Ranbir Kapoor’s romance reportedly began. The couple is soon to tie the knot.

As the teaser begins, we see Alia and Ranbir as Isha and Shiva, respectively, embracing each other. The scene then moves to show different avatars of Isha.

While Ranbir is not on social media, film director Ayan posted the clip introducing Isha from his magnum opus. He wrote, “Happy birthday, Little One. For all the joy, the pride, the inspiration and the magic that you make me feel…here’s something to celebrate you on your special day. Our Isha, the Shakti of Brahmastra, in the first visuals we are releasing from our movie. Love. Light. Fire. Go!”

Even film’s producer Karan Johar shared the video on social media with a heartening message for Alia Bhatt. “My darling Alia, There is so much love that I feel for you while I write this but also so much respect – respect for your immense talent, your incredible growth as an artist and your ability to be so real through all the beats of your life! 10 years ago I didn’t know that one day I could proudly call you my very own Brahmāstra…my weapon of love and of abundant joy… Happy birthday my darling, shine bright always. Thank you for being YOU and for being the wind beneath the wings of this labour of love. I love you always and forever…”

Last seen Sanjay Leela Bhansali’s Gangubai Kathiwadi for which she has received rave reviews, Alia also has Darlings, her first web-based film that she is also co-producing. There is Karan Johar’s Rocky Aur Rani Ki Prem Kahani with Ranveer Singh. Recently, the actress signed her first international project Heart of Stone, where she will be seen with Gal Gadot. Alia also has another big release scheduled for the end of this month, the SS Rajamouli-directed RRR, co-starring Jr NTR and Ram Charan.

Brahmastra is set to release in theatres on September 9 in five languages- Hindi, Tamil, Telegu, Malayalam and Kannada. The film co-starsAmitabh Bachchan, Nagarjuna and Mouni Roy.