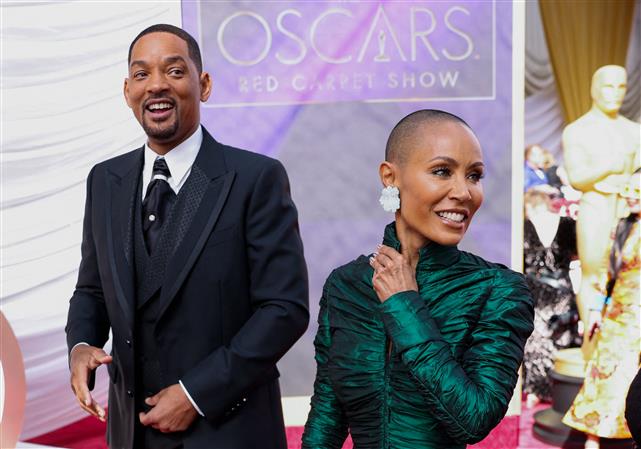 It was not the first time that comedian-presenter Chris Rock made a joke about Will Smith’s wife, actor Jada Pinkett Smith, at the 94th Academy Awards on Sunday night.

ALSO READ: Will Smith’s ‘slap’ turns insane viral moment, ‘a new meme is born’ and it has something to do with Nicole Kidman

Has anyone checked on Demi Moore? Will Smith’s slap gets ‘claps’ on twitter

Chris’ joke at the 2022 Oscar ceremony was in reference to Jada’s shaved head because of autoimmune disorder alopecia but Will Smith found it in bad taste.

Way back at Oscars 2016, Rock had mocked Jada after she boycotted the award ceremony as ‘no persons of colour were nominated’ in any major acting categories.

An old video of Chris Rock mocking Will Smith’s wife Jada in 2016 has resurfaced after Smith slapped him at this year’s Oscars over the joke on Jada.

Podcaster Jason Calacanis shared the video on Twitter and wrote, “Ok, there’s some history here with Chris Rock and Will Smith and Jada.

In the video, Chris is seen saying, “Jada said she’s not coming. I was like, ‘Isn’t she on a TV show?’ Jada’s gonna boycott the Oscars? Jada boycotting the Oscars is like me boycotting Rihanna’s panties. I wasn’t invited!”

Ok, there’s some history here with chris rock and will smith and jada pic.twitter.com/RIl54DmH9h

At the time, Jada had addressed Chris’ jokes with nonchalance. Will Smith won the Oscar for Best Actor.