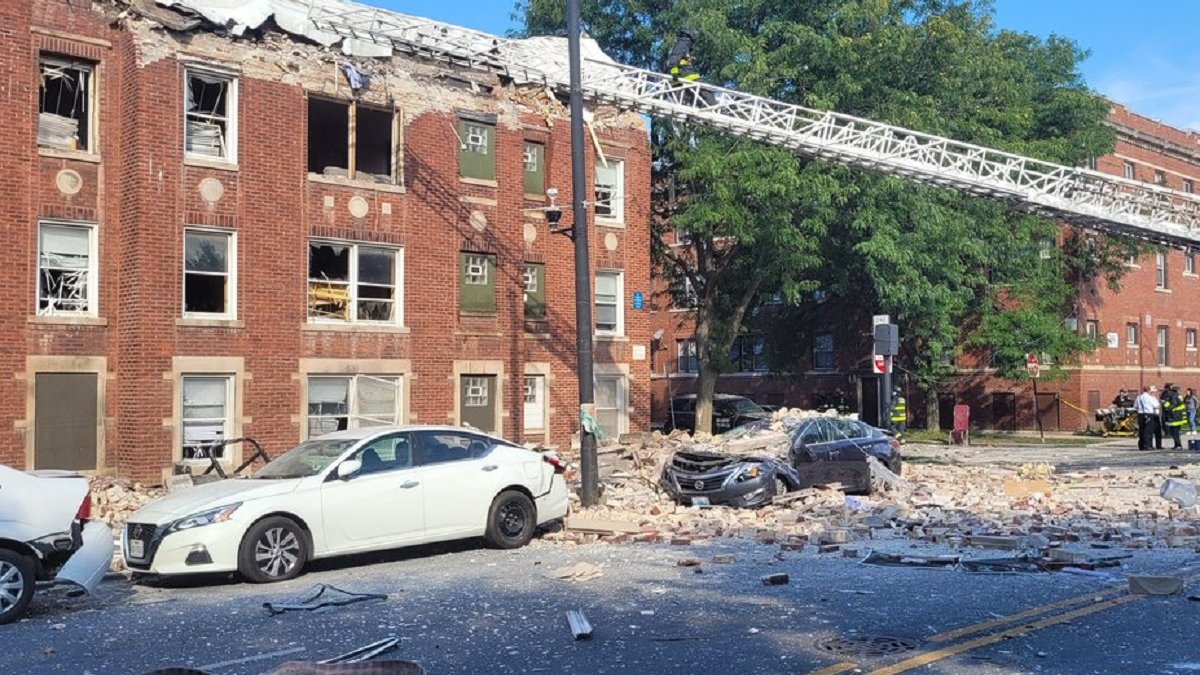 The source of an explosion that led to a now-fatal partial building collapse in Chicago’s Austin neighborhood earlier this week was revealed by city fire officials Friday to be ” the ignition of natural gas.”

“The CFD Office of Fire Investigation (OFI) has determined the source of the explosion to be the ignition of natural gas,” Chicago Fire Department spokesman Larry Langford said in a statement. “The investigation has not determined the cause of that ignition.”

At least three people were believed to be in critical condition following the explosion and collapse, while five others were in stable condition. All of the victims were taken to various hospitals across the city with injuries ranging from burns to traumatic injuries, according to fire authorities.

The man with the most serious injuries passed away, the department said Friday. He had been taken to Loyola University Medical Center “with extensive burns.”

A building collapsed Tuesday morning on Chicago’s West Side after a nearby explosion, and fire officials requested a mass casualty ambulance-bus to assist after multiple injuries were confirmed and a search continued for people who may still be inside the building.

More than 130 emergency personnel responded to the scene as searches were conducted. Residents were displaced by the explosion and adjacent buildings were evacuated.

“A big boom, doors opening, windows shattering – it was crazy, man,” Ronald Martin, a resident who has lived in the building for several years, told NBC 5. “I was cooking breakfast, just a usual morning, was getting myself ready for work and it just stopped automatically.”

The building is owned by West End LLC, and managed by Urban Alternatives.

“This is a devastating event and we are heartbroken for all of our residents,” Roman Viere, owner of the building, said in a statement. “Our first concern is the health, well-being and safety of our residents. We are doing everything we can to cooperate with emergency services, and we are ready to do whatever we can to support our residents.”

Chicago Mayor Lori Lightfoot tweeted that her thoughts were with the injured and the firefighters working the scene.

“My thoughts are with those who were injured and displaced in the building collapse in the Austin neighborhood. We must also thank the brave men and women of the Chicago Fire Department who are working to abate the dangerous conditions,” she wrote.