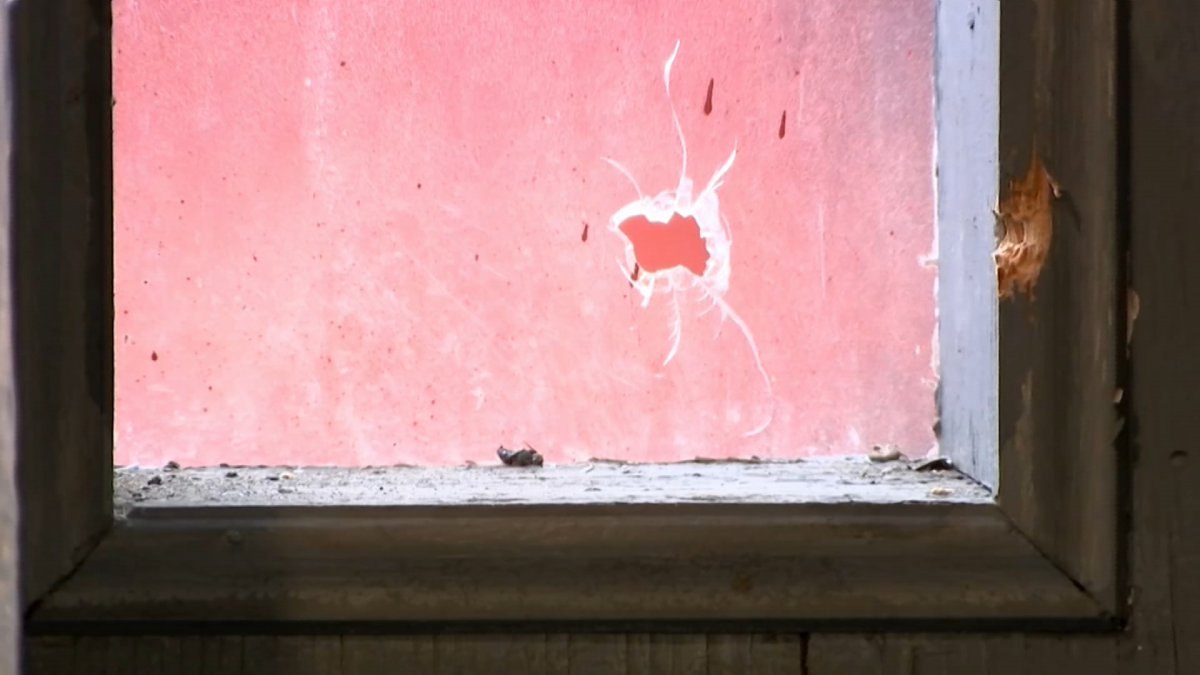 After dozens of gunshots riddled apartments at a Gary, Indiana complex, neighbors are expressing their concerns and saying that they may move out to keep their families safe.

Cia Freeman was at home in her kitchen at approximately 11:30 p.m. when the gunfire rang out.

“If I was sitting here, or if he was here, one of us woulda been shot,” she said.

Home video from the scene captured at least two dozen gunshots that riddled three different apartments on the corner of the apartment at 15th Avenue and Arthur Place.

“There was somebody on the right side of the house and along the back,” Freeman said.

The mom says she and her 3-year-old son moved into the apartment at the end of February. Her downstairs neighbors say that there were several other incidents involving the former tenant in Freeman’s apartment in January, and Gary police confirm that was the last time they got called to the home.

“When we were talking to police today, putting things in our report, they even said ‘oh, you didn’t hear about them,’” Asharee Jones said. “The family had been causing trouble, and this info was not disclosed to us.”

Both women say that the management company at the complex failed to inform them of the previous tenant, who they both believe the bullets were intended for.

Jones says that she was given a simple response when she told her landlord that she wanted to try to get out of her lease agreement after the shooting.

“Their solution had been to have the prior residents move instead of letting us out of our lease,” she said.

Freeman says that she was offered another location, but with a commitment attached that she cannot afford to make.

“They want a deposit, and a first month’s rent,” she said. “It would be two-to-five weeks to get money back that I paid here. The police activity, the shootings, the drama on the corner, nobody told me this. Never disclosed any of this to me.”

Gary police say that the shooting is being investigated, and anyone with information is encouraged to call 866-CRIME-GP to report anonymous tips.