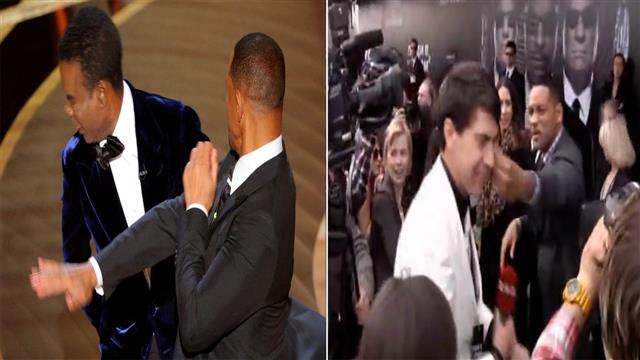 It was not the first time that Will Smith had lost his cool.

The actor had slapped a Ukrainian television reporter way back in 2012 during the ‘Men in Black 3’ premier in Moscow.

“Come on man. What the hell is your problem buddy?” Smith shouted back at the reporter. After the film’s premiere, Will Smith was talking to the media about the film. The reporter tried to kiss him, on which Will Smith first moved away and then slapped him with the opposite hand. “Sorry. He kissed me on my mouth,” Smith said as he continued down the red carpet with the cameras on him, adding, “The joker is lucky I didn’t sucker punch him.”

This video of Will Smith surfaced on social media after Will Smith slapped Oscar’s presenter Chris Rock during award ceremony who joke about his wife.

While presenting the best documentary feature award, Rock, a well-regarded comic actor, joked about Will Smith’s wife, Jada Pinkett Smith, starring in ‘G.I. Jane 2’ because of her bald head. He was referencing the 1997 movie ‘G.I. Jane’ in which Demi Moore appears with a shaved head.

Pinkett Smith has been open about her struggles with alopecia, a medical condition causes aggravated hair loss.

Smith lost his cool and reacted to the joke by going up on the stage and slapping Rock.

He then returned to his seat and shouted, “Keep my wife’s name out of your f****** mouth!”