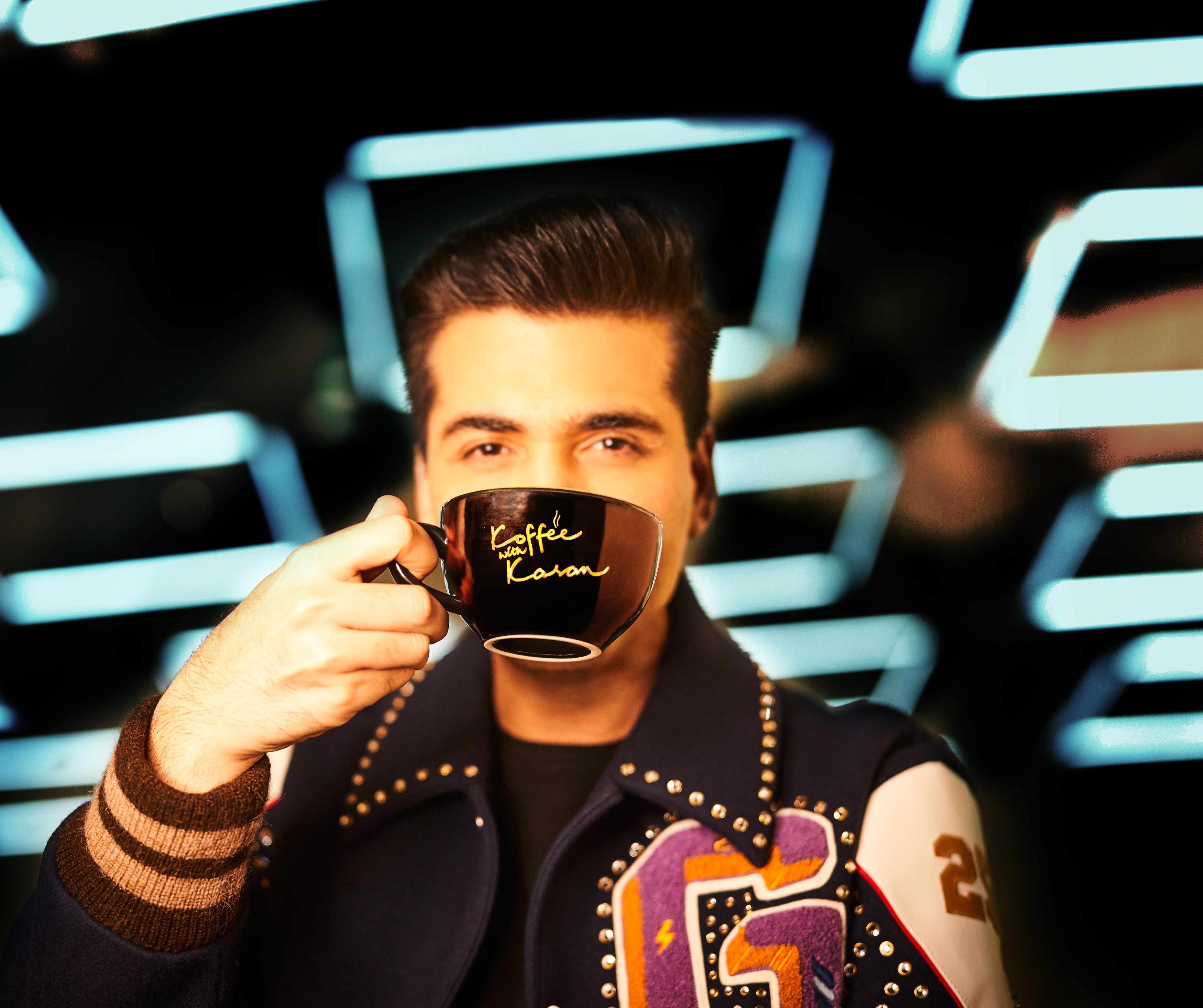 On Wednesday morning, Karan Johar announced that his chat show Koffee With Karan will not be returning. Posting a note on his social media, Karan conveyed the news with a ‘heavy heart’. Talk-show fans were sad and dropped messages of disbelief, they even requested Karan Johar to change his mind. But all this while, Karan was ready to add a twist.

Hours after convincing everyone that the talk show won’t return, Karan Johar popped another note that said ‘every great story needs a goo twist’. Yes, he shared a new statement that said the show will now stream on Disney+Hotstar. Karan titled it: “Even more important announcement to make.” In the statement, it said, “Koffee With Karan will not be returning… on TV! Because every great story needs a good twist. I’m delighted to announce Season 7 of Koffee With Karan will stream exclusively on Disney+Hotstar. The biggest movie stars from across India will return to the couch to spill the beans while drinking some koffee. There will be games, there will be rumours put to rest – and there will be conversations that go deep, about love, loss and everything we’ve all been through over the last few years. Koffee With Karan, ‘streaming soon’, only on Disney+Hotstar. Toodles!

Check out the new announcement:

Earlier, in a statement Karan said the show will not be returning. The previous statement read, “Koffee with Karan has been a part of my life, and yours, for 6 seasons now. I’d like to think we’ve made an impact and even found our place in pop culture history. And so, it is with a heavy heart that I announce that Koffee with Karan will not be returning,” read the statement issued by Karan Johar this morning.

Koffee with Karan premiered on Star World in November of 2004. It had a successful run for six seasons till 2019. Having been the second-longest-running talk show, Koffee with Karan has been all about letting out secrets, putting gossips to rest, conversations on life and its many shades and the favourite, rapid fire round.

It has hosted many A-listers over the years. From Shah Rukh Khan and Kajol as its first guests on the inauguration episode to opening the platform for artists from pan-India film Industry, we saw the Baahubali team, including SS Rajamouli, Rana Daggubati, Prabhas, in the last season of the show. The show has had guests such as Amitabh Bachchan, Aamir Khan, Salman Khan, Priyanka Chopra, Kareena Kapoor, Katrina Kaif, Deepika Padukone, Ranveer Singh and many others. Pollywood actors, musicians and evern cricketers have been a part of the talk show.