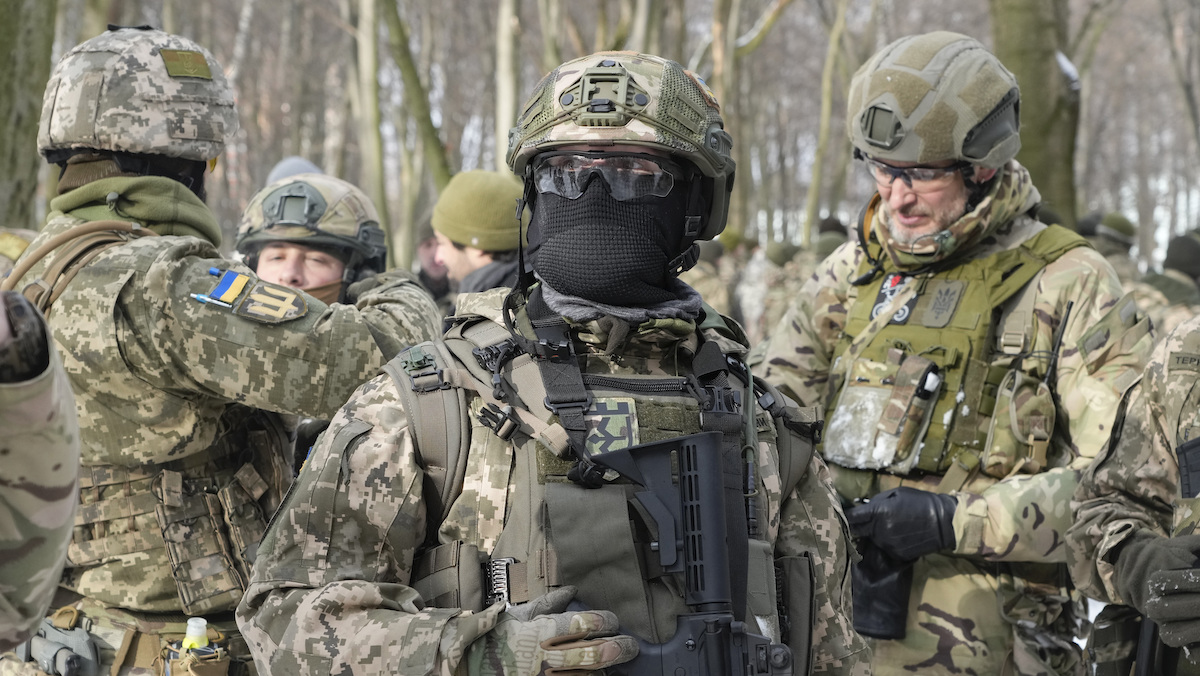 NATO said Monday that it’s putting extra forces on standby and sending more ships and fighter jets to eastern Europe, as Ireland warned that new Russian war games off its coast are not welcome given tensions over whether President Vladimir Putin intends to attack Ukraine.

The U.S.-led military organization said that it is beefing up its “deterrence” presence in the Baltic Sea area. Denmark is sending a frigate and deploying F-16 war planes to Lithuania; Spain will also send warships and could send fighter jets to Bulgaria; and France stands ready to send troops to Romania.

Secretary-General Jens Stoltenberg said NATO will “take all necessary measures to protect and defend all allies.” He said: “We will always respond to any deterioration of our security environment, including through strengthening our collective defense.”

The announcement came as European Union foreign ministers sought to put on a fresh display of resolve in support of Ukraine, and paper over concerns about divisions on the best way to confront any Russian aggression.

“We are showing unprecedented unity about the situation in Ukraine, with the strong coordination with the U.S.,” EU foreign policy chief Josep Borrell, who is chairing their meeting, told reporters in Brussels.

Asked whether the EU would follow a U.S. move and order the families of European embassy personnel in Ukraine to leave, Borrell said: “We are not going to do the same thing.” He said he is keen to hear from Secretary of State Antony Blinken about that decision.

Britain on Monday also announced it is withdrawing some diplomats and dependents from its embassy in Kyiv. The Foreign Office said the move was “in response to the growing threat from Russia.”

Ukraine’s foreign ministry spokesman, Oleg Nikolenko, said the U.S. decision was “a premature step” and a sign of “excessive caution.” He said that Russia is sowing panic among Ukrainians and foreigners in order to destabilize Ukraine.

Germany is monitoring developments, but German Foreign Minister Annalena Baerbock stressed that “we must not contribute to unsettling the situation further; we need to continue to support the Ukrainian government very clearly and above all maintain the stability of the country.”

“This isn’t a time to increase military activity and tension in the context of what’s happening with and in Ukraine.” Coveney said. “The fact that they are choosing to do it on the western borders, if you like, of the EU, off the Irish coast, is something that in our view is simply not welcome and not wanted right now, particularly in the coming weeks.”

During Monday’s meeting, which Blinken will attend virtually, the ministers will restate Europe’s condemnation of the Russian military build-up near Ukraine, involving an estimated 100,000 troops, tanks, artillery and heavy equipment, diplomats and officials said ahead of the meeting.

They’ll renew calls for dialogue, notably through the European-backed “Normandy format,” which helped to ease hostilities in 2015, a year after Putin ordered the annexation of Ukraine’s Crimean Peninsula. Fighting in eastern Ukraine has killed around 14,000 people and still simmers today.

President Joe Biden said Wednesday that Russia would face stiff economic and military consequences from the U.S. and NATO leaders if it were to invade Ukraine. “Militarily they have overwhelming superiority [over] Ukraine, but they’ll pay a stiff price immediately, near term, medium term and long term if they do it.”

Should Putin move on Ukraine again, the ministers will warn, Russia would face “massive consequences and severe costs.” Those costs would be of a financial and political nature. The EU insists that it stands ready to slap hefty sanctions on Russia within days of any attack.

Over the weekend, some of the member countries closest to Russia — Estonia, Latvia and Lithuania — confirmed that they plan to send U.S.-made anti-tank and anti-aircraft missiles to Ukraine, a move endorsed by the United States.

But questions have been raised about just how unified the EU is. Diverse political, business and energy interests have long divided the 27-country bloc in its approach to Moscow. Around 40% of the EU’s natural gas imports come from Russia, much of it via pipelines across Ukraine.

Gas prices have skyrocketed, and the head of the International Energy Agency has said that Russian energy giant Gazprom was already reducing its exports to the EU in late 2021 despite high prices. Putin says Gazprom is respecting its contract obligations, not putting the squeeze on Europe.

The EU’s two major powers appear most cautious. Germany’s Nord Stream 2 pipeline from Russia, which is complete but yet to pump gas, has become a bargaining chip. French President Emmanuel Macron has renewed previously rejected calls for an EU summit with Putin.

Late last year, France and Germany initially expressed doubts about U.S. intelligence assessments that Moscow might be preparing to invade.

Late on Saturday, the head of the German navy, Vice Admiral Kay-Achim Schoenbach, resigned after coming under fire for saying that Ukraine would not regain the Crimean Peninsula, and for suggesting that Putin deserves “respect.”

Still, diplomats and officials said hard-hitting sanctions are being drawn up with the EU’s executive branch, the European Commission. But they were reluctant to say what the measures might be or what action by Russia might trigger them.

The aim, they said, is to try to match the doubts Putin has sowed about his intentions for Ukraine with uncertainty about what any retaliatory European action might look like, or when it would come.