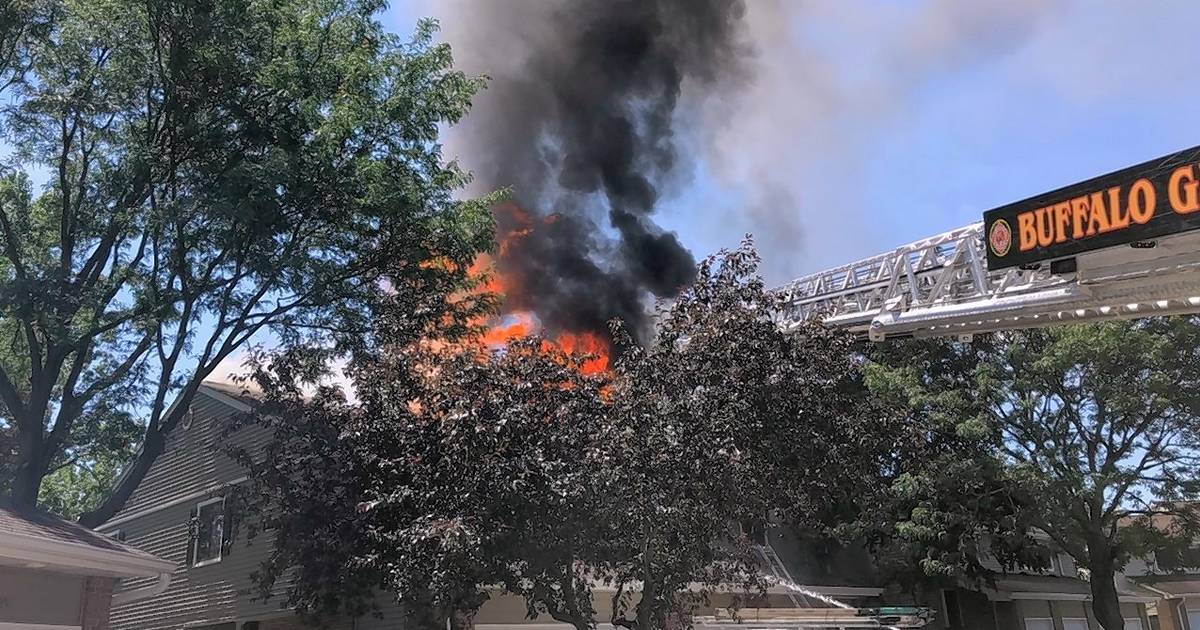 Buffalo Grove firefighters, assisted by companies from surrounding areas, battled a blaze at a condo building in the Hidden Lake Village subdivision Sunday.

Firefighters shot jets of water on the ground and from a ladder truck as they fought shooting flames and billowing smoke. Neighbors and onlookers gathered on the street in front of the building and on the banks of a nearby lake, as well as the bridge spanning the water.

The area was pervaded by the smell of smoke as it wafted across the street. The smoke could be seen as far away as Willow Stream Park.

Fire companies from Elk Grove Village, Long Grove, Prospect Heights and Arlington Heights were among those responding. Their trucks and those from Buffalo Grove were parked along Pine Tree Circle South, Hidden Lake Drive and Buffalo Grove Road.

The fire appeared to be under control as of 2 p.m., although firefighters were still pouring water on the building. The roof had crumbled, and windows were knocked out.

Neighbors said they heard an explosion and believe it came from a propane tank.

Buffalo Grove firefighters said they would be releasing information later Sunday. But initial comments from residents indicated there were no injuries, although residents could be displaced.

Cathy Nowokunski, who lived in one of the units for 31 years, said she was coming home from the grocery store when she saw the fire trucks.

Her neighbor, John Gojney, had already evacuated with his dog.

A resident who lives on the block said a loud explosion woke her up from a nap.

“I jumped up and I looked out my window, and I could see ash floating,” Renee Kapraun said. “So I immediately ran to my son and said, ‘We need to get out of here,’ because it sounded to me like a gas explosion. It was loud.”