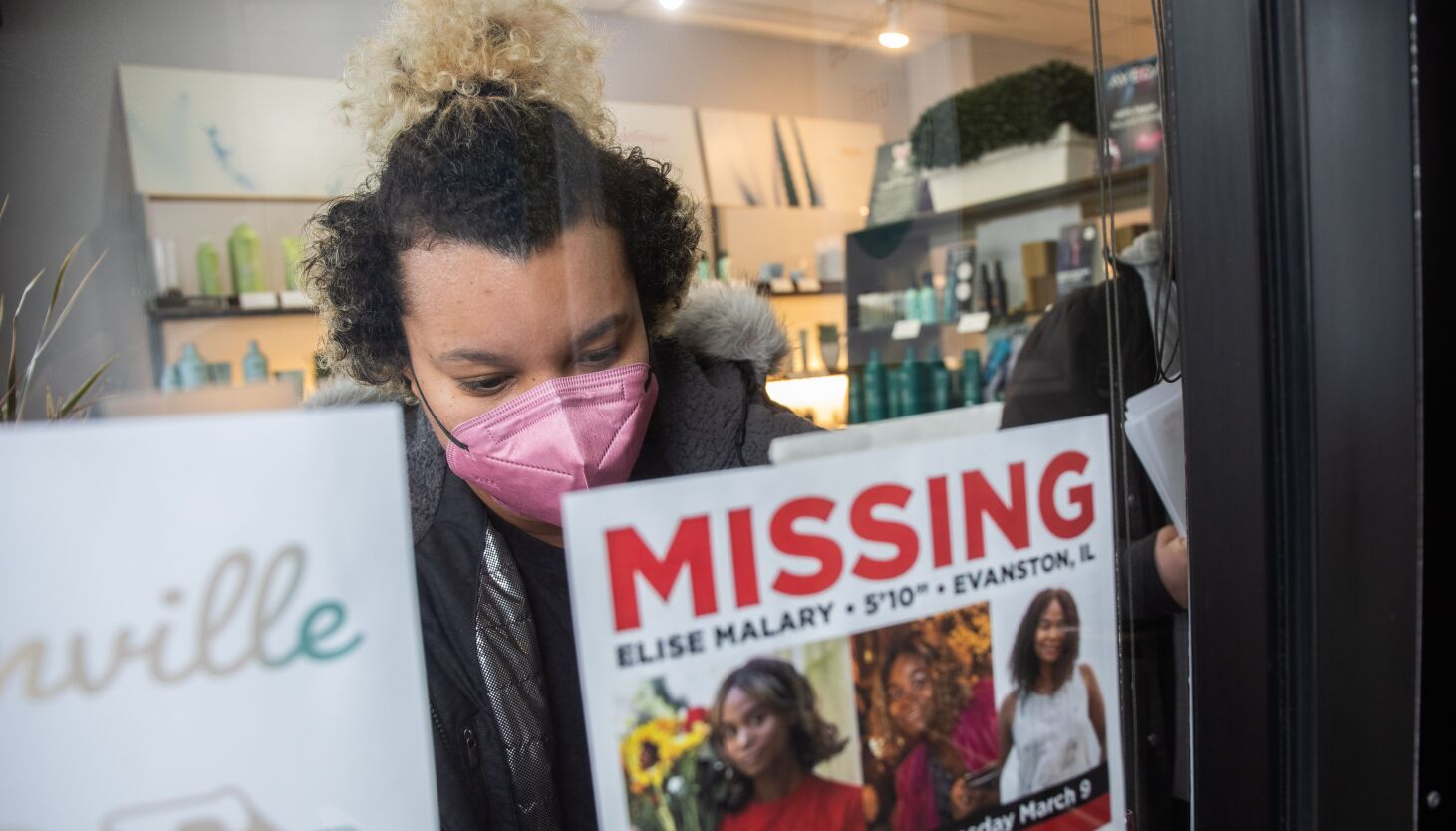 A woman found dead along the Evanston lakefront has been identified as missing LGBTQ advocate and activist Elise Malary, police in the north suburb announced Saturday.

Malary, 31, had been reported missing by her family March 11, sparking a massive search for the Andersonville resident who has been hailed as a pillar of Chicago’s transgender and queer communities.

Authorities on Thursday found a person dead in Lake Michigan on the rocks near Garden Park in the 500 block of Sheridan Square.

Police identified the body as that of Malary, but said there were no other updates in the ongoing investigation as of Saturday afternoon. An autopsy has not yet been performed.

Malary had last been seen in the 700 block of Hinman Avenue in Evanston. Her car was found Tuesday near Hinman Avenue and South Boulevard.

The identification brought a tragic end to a week of searching by friends and neighbors. Dozens of people had canvassed Andersonville Saturday in hopes of tracking her down. Malary was born and raised in the neighborhood.

“She’d speak out on behalf of any issue that impacted woman of color, LGBTQ folk — her heart’s so big,” said Iggy Ladden of Chicago Therapy Collective, speaking hours before police announced Malary’s death.

Police are asking anyone with information to contact detectives at (847) 866-5040. Tips can also be texted to 274637, starting the message with EPDTIP.