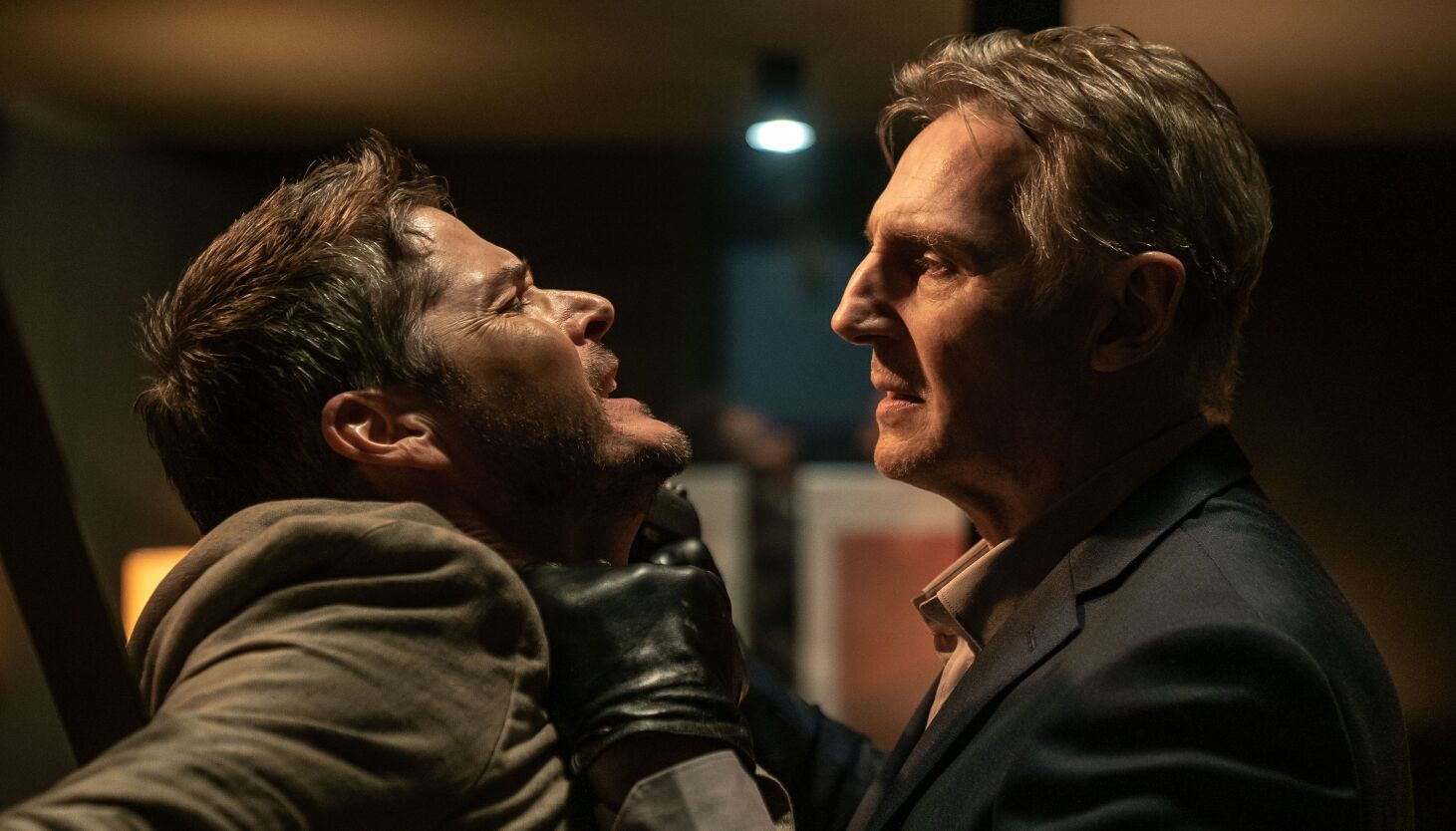 In a dimly lit and sparsely populated health club, a bearded man in sweats and over-the-ear headphones grinds it out on a treadmill that’s facing the parking lot. A hooded figure emerges from the pounding rain and the murky night, steadily approaching the window and pulling out a gun with a silencer—and just like that, the running man is a dead man, crumpled up on the gym floor.

It’s a scene of elegantly constructed, final violence, and it’s one of the many moments when the taut revenge thriller “Memory” proves to be a little more elevated than just another B-movie actioner starring the nearly 70-year-old Liam Neeson, who can still cut to the chase with a sharp line reading and still take down cocky henchmen half his age in hand-to-hand combat. (When will these henchmen ever learn!)

In the 14 years since the first “Taken” movie with Neeson as retired CIA operative Bryan Mills telling his daughter’s captors about his “very particular set of skills,” cementing Neeson’s status as an all-time Action Movie Icon, the great Irish thespian has appeared in close to 50 films, alternating between prestige projects and often entertaining but fairly disposable action fare. Not a year goes by where we don’t see another poster with a steely-eyed Neeson wielding a gun, with slogans such as:

Now comes “Memory,” and the poster tells us “HIS MIND IS FADING. HIS CONSCIENCE IS CLEAR.” At first blush, this might seem to be another in the long assembly line of Neeson actioners—but hold on. Neeson’s co-stars include such first-rate talents as Monica Bellucci, Guy Pearce and Ray Stevenson, the director is the veteran Martin Campbell, who gave us one of the best Bond movies ever in “Casino Royale” (2006), and this is a remake of the 2003 Belgian gem “The Memory of a Killer,” so there are signs indicating this could be something more than another formulaic vehicle.

Those signs are worth heeding.

Leeson’s Alex Lewis is the obligatory Hired Assassin With a Mysterious Past who is struggling with advancing memory loss. After FBI Agent Vincent Serra (Guy Pearce) rescues a 13-year-old immigrant girl named Beatriz (Mia Sanchez) from a sex trafficking ring, the nefarious and powerful crime boss Davana Sealman (Monica Bellucci) orders Alex to wipe out all loose ends that would tie her to the ring—including the young girl. Alex doesn’t hurt children, but he has no qualms about taking out a number of assorted bad guys who are trying to take HIM out. But when Beatriz is murdered, Alex can’t be sure if he’s the one that pulled the trigger. In the meantime, we can’t be sure about the loyalties of Ray Stevenson’s local police detective. It’s a tangled film noir web they’ve weaved!

As Alex’s memory continues to betray him, he strikes up an alliance with Vincent, and it’s a great callback to Christopher Nolan’s “Memento” when Alex scribbles pertinent information on his body, just as Pearce’s Leonard did in that 2000 neo-noir classic. Neeson never phones in his performances, but he’s particularly invested this time around, playing a guy who can be a pure killing machine one moment, and as lost as a child the next. Pearce and Bellucci headline the terrific supporting cast, and the 78-year-old Campbell proves he can still direct the hell out of a slick and engrossing thriller.