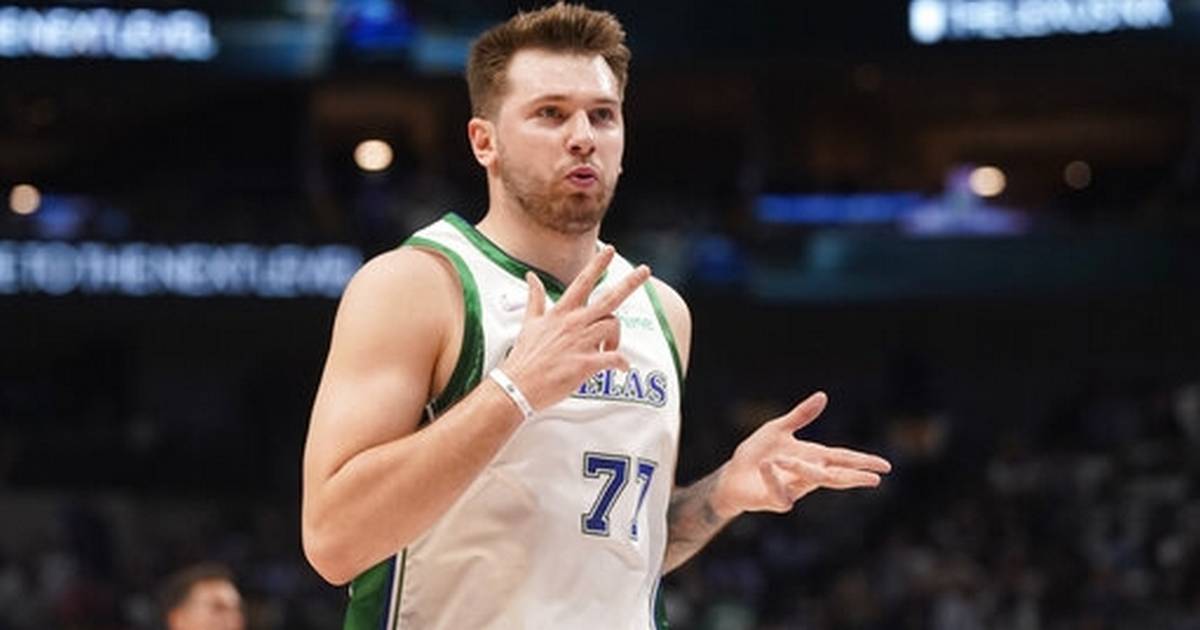 DALLAS — Luka Doncic scored 34 points in a triple-double and the Dallas Mavericks routed the Lakers 128-110 on Tuesday night with Los Angeles missing LeBron James because of an ankle issue while anticipating the return of long-injured Anthony Davis.

James and Davis didn’t play after being listed as doubtful, which was actually an upgrade for Davis. The eight-time All-Star hasn’t played since Feb. 16 because of a right mid-foot sprain. His first full practice since the injury was Monday in Dallas.

The question is when the superstars return. The Lakers (31-44) are tied with San Antonio for the final play-in spot in the Western Conference with seven games remaining for both teams. Coach Frank Vogel was non-committal before the game.

Los Angeles finishes a three-game road trip in Utah on Thursday before returning home Friday to complete a back-to-back against New Orleans. The Pelicans are ninth in the West, a game ahead of the Lakers and Spurs.

‘With those guys out, we’re at a talent deficit, so the focus and execution has to make up for it,’ Vogel said. ‘This is just the latest dose of adversity that this year’s team has faced. When you lose ‘Bron, OK, you have to adjust yet again throughout a season of setbacks.’

Malik Monk scored 28 points and Russell Westbrook had 25 for the Lakers, who dropped their third straight for their fifth losing streak at least that long in the past two months as part of a steady slide away from .500 for the 2020 champs.

Doncic had 25 points in the first half as Dallas scored a season-high 82 for a 26-point lead. He finished with 12 rebounds and 12 assists.

The 23-year-old star secured his first triple-double in almost two months and 10th of the season with an offensive rebound for a layup that gave him 32 points and put Dallas up 101-65 with 6:58 left in the third quarter. Doncic sat the fourth.

Maxi Kleber capped an 11-0 run in the final 84 seconds of the first quarter with a coast-to-coast layup just before the buzzer. Dallas shot 64% for a 43-25 lead.

One of the few times LA tried to defend the 3-pointer, Spencer Dinwiddie was fouled on a 3 that put Dallas up 63-33 in the second quarter. He missed the free throw. Dallas was 11 of 19 from 3 after Dinwiddie’s make and finished with a season-high 20 in 46 attempts.

‘We respect who they are,’ Dallas coach Jason Kidd. ‘They’re dangerous. (Monk) played well. Russ played well. We took care of business from the start. I think those guys set the tone. Three great quarters of basketball.’

Lakers: The other meeting in Dallas this season was one of the 21 games James and Davis have played together. The Lakers won it 107-104 in overtime on Austin Reaves’ 3 with a second remaining on Dec. 15. Reaves missed all four of his attempts from deep in his return and scored three points. … Stanley Johnson matched his season high with 16 points.

Mavericks: G Brandon Knight signed his second 10-day contract of the season under the COVID-19 allowances after G Trey Burke joined G Sterling Brown in the health and safety protocols. … Reggie Bullock scored 17 points and was 5 of 8 from 3, putting him at 12 of 19 over two games after going 1 of 12 in the previous two.

DALLAS IN THE WEST

The Mavericks (47-29) moved within a game of Stephen Curry and Golden State for the third seed in the West. Dallas owns the tiebreaker.

The victory also assured the Mavericks of staying at least a game ahead of Utah for No. 4, the final spot with home-court advantage in the first round. The Jazz will have that tiebreaker if they maintain their Northwest Division lead over Denver.

Dwight Howard didn’t play again for the Lakers after coming out five minutes into the game. ‘We got down 25 points very early in the game so I was looking for somebody else to get something done,’ Vogel said.

Lakers: LA can sweep the season series against Utah for the second time in three seasons after going the previous 34 years without doing it.

Mavericks: The second night of the final back-to-back of the regular season is Wednesday in Cleveland. It opens the last road trip (four games) as Dallas completes a stretch of 15 of 23 games away from home.