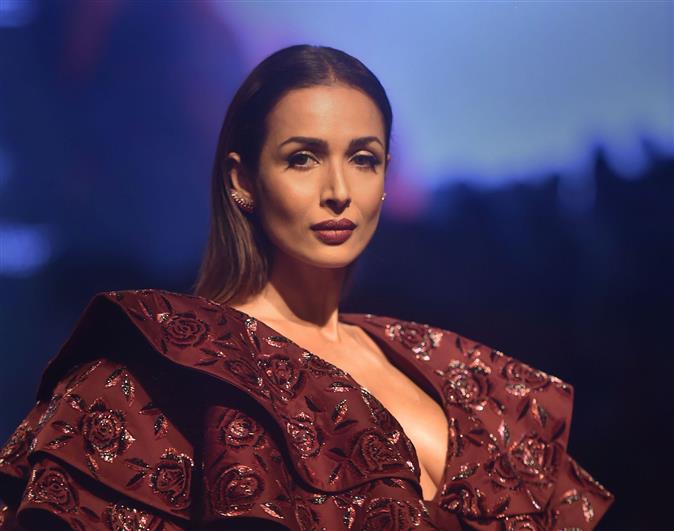 She maybe back to her work routine, but Malaika Arora hasn’t fully overcome the recent car accident that left her injured. The Bollywood diva says every time she looks at herself in the mirror, the scar from the accident reminds her of the fragility of life.

Malaika’s car had met with an accident on the night of April 2 when she was on the expressway at Khopoli, Maharashtra. The actress was rushed to a hospital and was discharged the next day after all the scans and other check-ups were done.

In a recent conversation with ETimes, she opened up about the fateful night and how scenes of her boyfriend Arjun Kapoor and other family and friends rushing in for her still flash before her eyes.

“It was after about a week that I saw myself in the mirror, finally. The scar was right there on my forehead — a stark reminder of what had happened, of the fragility of life. It wasn’t vanity that came over me at that time. Yes, vanity is crucial in this business, but it was the fact that this scar is a reminder which will stay where I will see it every day. Even though this scar will remind me of what happened, it won’t stop me from getting back to life,” she informed the newspaper.

Malaika said on the night of the accident, she just had two prayers- one was that she did not want to die and the other was she did not want to lose her eyesight. It was a trying time and recovery was no less than an ordeal. In the initial days post the accident, Malaika says she used to be in a daze. Calling her state as ‘autopilot mode’, she remembers how she would repeatedly describe the incident.

“I’d be smiling and talking, and I would repeat everything that had happened to people visiting me. I was on autopilot mode. But it wasn’t sinking in. The only time I would shudder was when I’d be alone, reliving those moments. It was beyond scary. In those 15 days after the trauma, I didn’t feel safe sitting in a car. I know this is temporary. Also, I didn’t want constant reminders. I just wanted to be left alone after a point. Initially, I didn’t know the extent of the injury, and I was in shock and couldn’t see clearly. There were shards of glass all over and tiny pieces had gone into my eyes,” she shared with the publication.

So, in times like these, mental and physical recuperation is a slow process. Although she feels strong and perfectly fit physically, her mind, she says, is still fragile. Amidst all this, it took some cajoling for her to attend Ranbir Kapoor and Alia Bhatt’s wedding bash, which was on April 14.

“I would say I am a strong person, and that is how I have always been. I feel perfectly fit physically, but my state of mind is still fragile. There is fear, worry and anxiety. It takes cajoling to get me out, anywhere. In fact, it took some cajoling to attend Ranbir and Alia’s wedding bash. More than being in the car, seeing so many people around the car threw me off my game. Now, the minute I sit in a car, I put on the seatbelt, even if I am sitting in the back seat. Until the accident, it hadn’t even crossed my mind that there was a seatbelt behind,” she further shared with the publication.