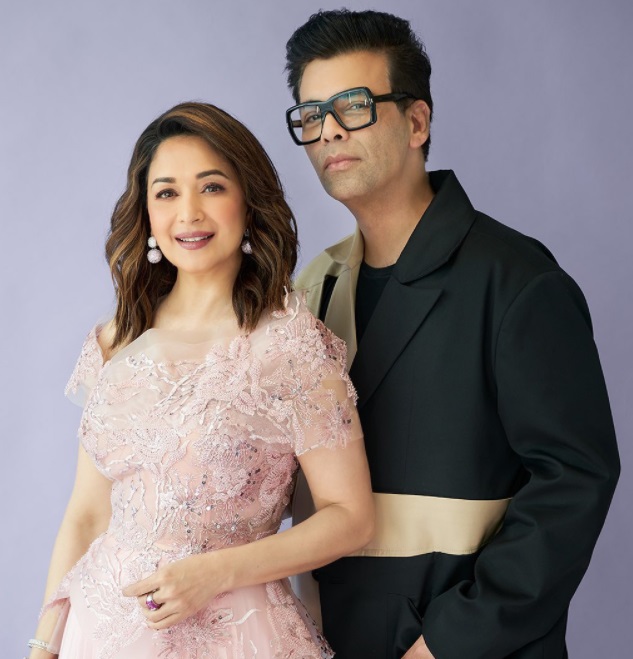 Twinkle toes Madhuri Dixit Nene and filmmaker Karan Johar got into some unfiltered fun during a conversation.

Karan and Madhuri spoke to each other candidly, as old friends. They chatted about all the love ‘The Fame Game’ is getting, the mess that Anamika Anand is and how Madhuri in real life is so far away from the character.

Speaking about her equation with her husband Sriram Nene, Madhuri says, “We met very casually at my brother’s house. He had a party and he was a party guest.”

The actress even shared a post about the chit-chat:

“We met and started talking, we spoke about everything else. It was so refreshing to meet someone who had nothing in his mind about me. We hit it off. I felt that he knows me as a person first and then he got introduced to me as an actress.”

‘The Fame Game’ streams on Netflix.