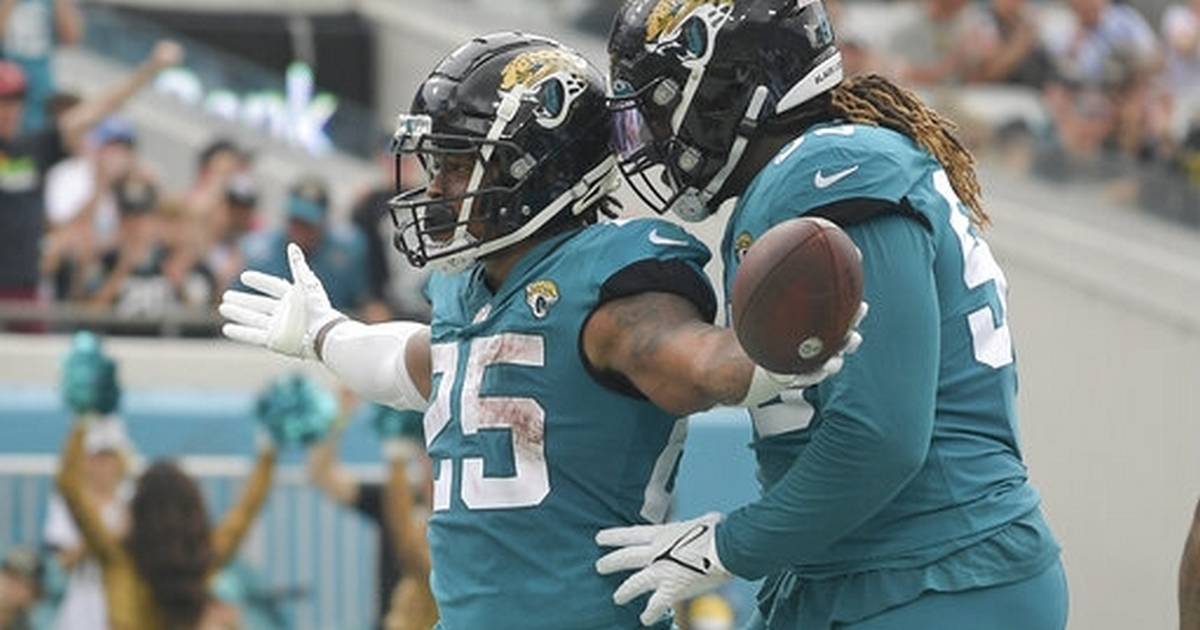 BETTING LINE: Jets by 1, according to FanDuel SportsBook.

TURNOVER DIFFERENTIAL: Jaguars minus-18; Jets minus-14.

JAGUARS PLAYER TO WATCH: Rookie Trevor Lawrence, the No. 1 pick in the NFL draft, has one touchdown pass in his last seven games. It’s a stunning stretch of futility that has some questioning Lawrence’s long-term viability as a franchise QB. He has completed just two passes longer than 30 yards in that seven-game stretch ‘” he has been plagued by drops and poor offensive line play, too ‘” while throwing five interceptions and taking 17 sacks.

JETS PLAYER TO WATCH: Zach Wilson, taken by New York one spot after Lawrence, has no touchdown passes in his last two games – but also has gone consecutive games without an interception for the first time in what has been an up-and-down rookie season. He has struggled with short throws, in particular, and that has contributed to his NFL-low 56.2 completion percentage. Wilson made progress in that area in his last start, appearing the most comfortable he has been in weeks.

KEY MATCHUP: Jets’ defense vs. running back James Robinson. New York has had a tough time stopping anyone on the ground, including last week when Miami’s Duke Johnson ran for a career-high 107 yards. Robinson has run for over 100 yards just once this season. He could get a second Sunday against the Jets.

KEY INJURIES: The Jaguars placed S Rayshawn Jenkins (ankle) and backup RB Carlos Hyde (concussion) on IR, ending their seasons. … WR Laviska Shenault (shoulder/foot) missed Wednesday’s practice, but is expected to be good to go by Sunday. … The Jets were dealing with a COVID-19 outbreak that had sidelined 18 players through Wednesday night, along with coach Robert Saleh. … WR Jamison Crowder was sidelined early in the week with a calf ailment. … S Elijah Riley was in the concussion protocol after being carted off the field last Sunday. … DL Quinnen Williams was limited early in the week with a shoulder injury that he played through last week.

SERIES NOTES: The Jets could tie the overall series – including playoffs – at eight wins each. … The teams have faced each other once in the postseason, with New York winning 34-24 in the 1998 AFC divisional round on the way to the conference title game. Curtis Martin ran for 124 yards and two TDs in the victory for the Jets. … The teams’ first meeting came in Week 3 of the 1995 season, when the Jets won 27-10 behind three touchdown passes by Boomer Esiason. It was one of just three wins for New York that year. … Chad Pennington found Santana Moss in the back of the end zone for a 3-yard touchdown with 26 seconds left to win 13-10 in 2003. … In the teams’ first overtime game, Byron Leftwich’s 36-yard TD pass to Jimmy Smith won it for Jacksonville in 2005. … Maurice Jones-Drew ran for two TDs, Leftwich passed for two scores and the Jaguars intercepted Pennington three times in a 41-0 rout in 2006. … Josh Scobee’s 21-yard field goal as time expired lifted Jacksonville to a 24-22 victory in 2009. … Chandler Catanzaro’s 41-yard field goal in overtime gave the Jets a 23-20 win in 2017. New York’s Bilal Powell ran for a career-high 163 yards. … Gardner Minshew threw three TD passes to lead the Jaguars to a 29-15 win in the last meeting in 2019.

STATS AND STUFF: The game marks just the fourth time in the modern NFL draft era (since 1967) that quarterbacks taken with the first two picks face each other as rookies. The others: Tampa Bay’s Jameis Winston vs. Tennessee’s Marcus Mariota (2015); Indianapolis’ Peyton Manning vs. the Chargers’ Ryan Leaf (1998); and New England’s Drew Bledsoe vs. Seattle’s Rick Mirer (1993). … The result of this one could go a long way in determining the top few picks in the NFL draft. Jacksonville is currently at No. 1 and New York No. 4. … It’s the second game for Darrell Bevell as Jaguars interim coach since Urban Meyer was fired. … The Jaguars have lost 15 consecutive road games, the longest skid in the league. … Jacksonville has scored seven touchdowns in its last eight games, with three of those coming in the fourth quarter while trailing by double digits. … Drops have been a huge concern all season; the Jags lead the league with 29. … Lawrence ranks second among rookies with 293 completions and 2,945 yards passing. He needs 327 yards passing for the most in a season by a Jags rookie. … Robinson is the fourth undrafted player in the common draft era with at least 15 rushing touchdowns in his first two seasons. He needs 21 yards from scrimmage to become the fourth undrafted player in the common draft era to top 1,000 scrimmage yards in each of his first two seasons. … CB Tyson Campbell ranks third among rookies with nine pass breakups this season. … The Jets’ 24 points last week at Miami were the most New York has scored in a game since a 45-30 loss at Indianapolis in Week 9. … New York has allowed 180 or more yards rushing in three straight games. … Wilson has three TD runs, the most by a Jets QB since Geno Smith has six in 2013. … Braxton Berrios is the fifth Jets wide receiver with at least a TD catch and one TD run in a season since the 1970 merger. … LB C.J. Mosley has 132 total tackles, matching his career high. He also has 10 or more tackles in three straight games, his second such streak this season. … LB Quincy Williams needs 10 tackles for his first 100-tackle season. He leads the Jets with nine tackles for loss. … K Eddy Pineiro has made all four of his field goal attempts in his two games since joining the Jets.

FANTASY TIP: Robinson is the only sure-fire fantasy starter in this matchup, but Crowder – if healthy – could make for a solid fill-in at wide receiver. He has 50 catches and, especially with Elijah Moore sidelined, is on pace to lead New York in receptions for the third straight season.