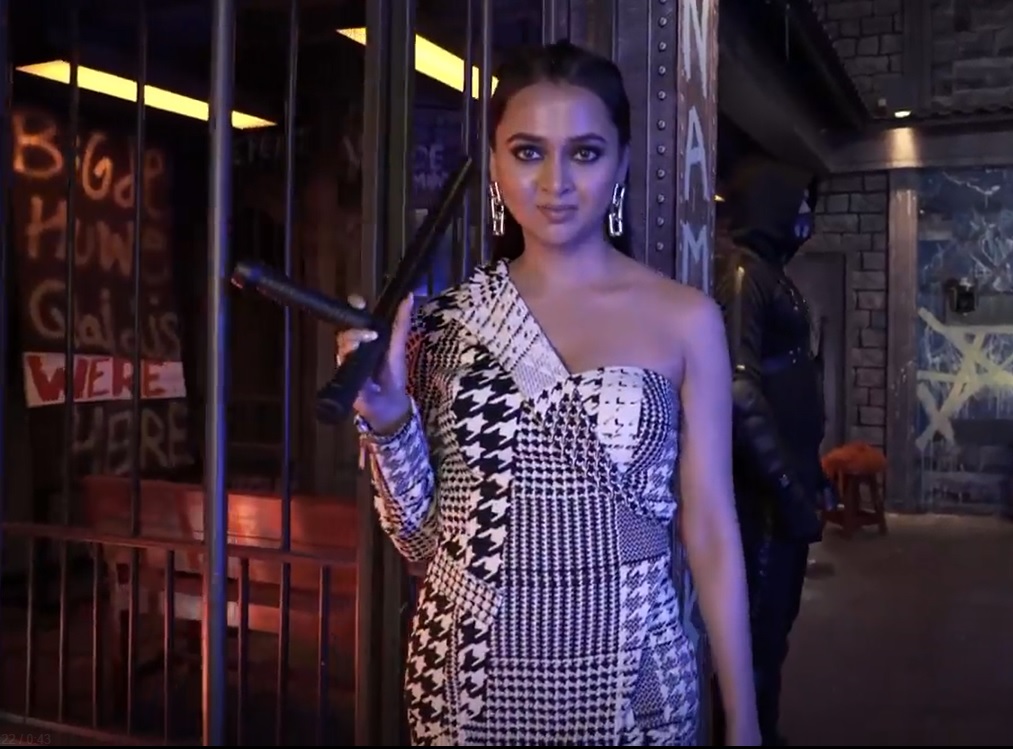 As Lock Upp comes close to drawing curtains on its first season, the makers are pulling all stops to make it a challenging ride for the contestants and equally exciting for its viewers. Among the most-watched shows on OTT, Lock Upp has its finale scheduled for May 7. So, to add more twists on the last few days of this season, AltBalaji has now introduced its choice for ‘badass’ warden to compliment the ‘badass’ jailor, Karan Kundrra on Kangana Ranuat’s Lock Upp.

TejRan fans are ecstatic at the news as they will get to see real-life lovers team up on the show to unleash tyranny on the contestants.

Take a look at the teaser:

Tejasswi, who won the Bigg Boss 15, is these days playing the lead role in Naagin 6 and as the new Lock Upp trailer suggests, she will be in her character. The promo suggest she will be seen as ‘Queen’s Warden’ and have special powers.

On Wednesday, the makers had given a hint that a lady warden will become a part of the show after Karan Kundrra dropped a tweet for the makers for wanting a partner on the show.

Later, there were photos of Tejasswi doing rounds on social media that added to the curiosity. She was spotted outside the Lock Upp studio in Mumbai.