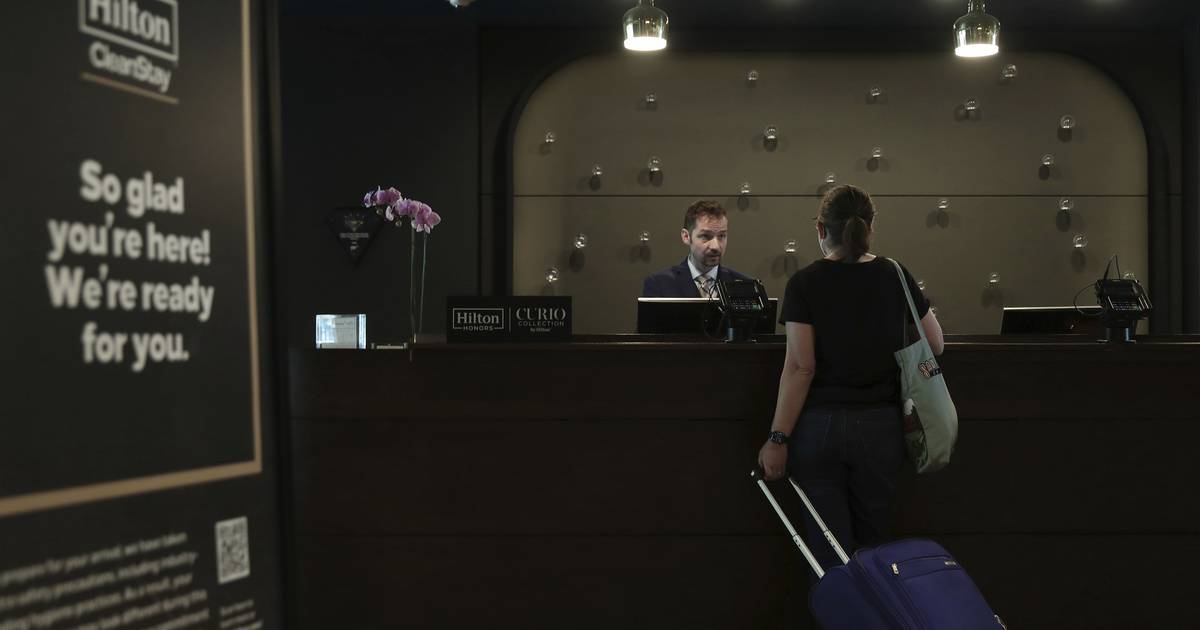 When a manager from a short-staffed Chicago-area restaurant skulked into Lucca Osteria in Oak Brook on a recent Friday with a fistful of cash, the brazen poaching of workers seemed straight from the pages of Nelson Algren.

“It was late May, the third week we were open, and I get a call from my partner, who was fuming, and he says, ‘you’re not going to believe this, but two of our bus boys just came up to me and said this guy told them they were guaranteed $1,000 a week to go bus tables at his restaurant, and they’re going to go.’ So they walked out, and left us high and dry,” said Steven Hartenstein, proprietor at Lucca Osteria and chief operating officer/chief business development officer of Phil Stefani Signature Restaurants.

“We’re all in the same boat, so it’s hard to believe that some people are poaching workers from their friends,” Hartenstein said. “People can steal your employees, your recipes and your brand, but they can’t steal your hospitality and your integrity.”

While “recruiting” workers from fellow restaurateurs by flashing $100 bills and assuring lucrative pay is uncommon, the urgency to staff the Chicago hospitality industry has reached a fever pitch this summer, fomenting what some in the hospitality business are calling “a survival of the fittest” environment.

The steep shortage of workers needed to ensure restaurants and hotels run smoothly is also prompting many employers to offer enhanced wages and benefits, along with a new effort to promote the industry as a promising career path with strong potential for advancement.

As a rebound in tourism drives more hotel stays, a recent survey conducted by the American Hotel & Lodging Association found 97% of respondents across the U.S. reported experiencing a staffing shortage, and nearly half of all hotels said they are “severely understaffed.”

The most critical staffing need is housekeeping, with 58% ranking it as their biggest challenge, and to meet the demand, hotels are offering a slate of incentives for potential hires, with nearly 90% of hotels citing increased wages, 71% offering more flexible hours, and 43% expanding benefits, AHLA officials said.

“Those jobs are paying more than they’ve ever paid, with greater flexibility, greater benefits,” Chip Rogers, CEO of the AHLA, said at a news conference in Chicago earlier this month. “The message is clear: If you want to start a career in hospitality, there absolutely is no better time to do that, and no better place to do it than right here in Chicago.”

According to the U.S. Bureau of Labor Statistics, as of June 2022, employment in the broader leisure and hospitality sector was down by nearly 1.3 million jobs, or 7.8%, compared with February 2020. U.S. hotels employed 2.3 million people before the pandemic, and finished 2021 with 1.8 million.

While still below pre-pandemic levels, the number of hospitality workers in Illinois is steadily increasing. The number of people employed in the sector rose to 582,800 in June, a nearly 16% increase over the same month last year and the highest monthly total since the start of the pandemic, according to data from the Illinois Department of Employment Security.

But there are still plenty of openings. Michael Jacobson, CEO of the Illinois Hotel and Lodging Association, said on one morning earlier this month, there were 3,000 open positions at Chicago hotels listed on Indeed.com alone.

“Our jobs are frequently misunderstood as dead end, minimum wage jobs,” Jacobson said. “And that, frankly, is not true. The fact is that our wages are higher than they have ever been with more benefits than we have ever seen for our employees.”

The starting wage in most Chicago hotels is $23 an hour plus benefits, Jacobson said, adding: “People don’t realize that no matter what you’re interested in or your background is in life, there’s a position open for you in a hotel.”

In addition to health care, 401(k) plans and travel discounts, Jacobson touted the industry’s flexible schedules, which he said can accommodate parents or students who need to work irregular hours. Hotels can provide jobs for people who don’t speak English, and perhaps above all, offer quick career advancement, he said.

“Working in a hotel provides a path to the middle class for individuals from every neighborhood across Chicagoland and from every walk of life,” Jacobson said.

Juan Leyva, general manager of LondonHouse, said he is searching for candidates to fill several openings at the downtown hotel, including front desk workers and a bartender for its LH Rooftop, a popular rooftop bar with views of the Chicago River.

“The last couple of years were tough in the hospitality industry, but June was one of the best months we’ve ever had at the hotel, even from before the pandemic,” Leyva said.

“Every hotel is hiring right now, especially for the front of the house, which in some cases, people are getting hired on the spot, because if you don’t make them an offer, they’ll just go over to the competition,” Leyva said.

The labor shortage has affected service, with some hotels offering housekeeping by request only; reducing the number of hotel rooms available for booking; and declining reservations or limiting hours at restaurants facing a scarcity of cooks and servers.

“Hotels are often competing with each other to find people, and unfortunately, when you don’t have the labor, it’s going to create a lot of customer dissatisfaction,” said Amrik Singh, associate professor at the University of Denver’s Fritz Knoebel School of Hospitality Management.

The recent struggles to find hotel workers can be traced to the early days of the pandemic, when Illinois lost nearly half of its hospitality jobs. The number of people employed in the industry plummeted from 602,600 to 329,400 between March and April 2020, according to state data.

According to Unite Here, the labor union representing 300,000 workers in the hotel, gaming, food service, manufacturing, textile, distribution, laundry, transportation and airport industries, COVID-19 shutdowns at their peak resulted in 98% of its members in the U.S. and Canada losing their jobs.

“Now, many of them don’t want to come back, especially if they’ve found jobs in another sector, with higher pay, and the option to work from home, which you can’t do with most jobs in a hotel,” Singh said.

“When there is a shortage of labor, and your industry is offering the lower end of hourly wages, people are going to be reluctant to take those jobs, especially if they fear they will return to their former employer, and might end up getting laid off if there’s another crisis,” Singh said.

While the U.S. job market this summer remains robust overall, some experts have suggested the Federal Reserve’s decision to temper inflation by raising interest rates could usher in a slackening of the economy, prompting job losses.

Mary Skoubis, head concierge at LondonHouse, said she had spent 20 years working for a Gold Coast hotel when she was furloughed at the start of the pandemic, then never called back to work.

“It was awful, because I loved what I was doing, and for many years, I was their director in the front office, which was a phenomenal job,” Skoubis said. “I was being cut out, because my job was not considered to be essential.”

More than a year later, in June 2021, Skoubis said she got a “phenomenal call” with a job offer from LondonHouse, which she accepted immediately.

“I’m a person who has the necessity to work, I couldn’t afford not to, but I’m doing what I love, and working in this beautiful environment,” Skoubis said.

Along with the upscale environment offered at some of the more posh downtown hotels, industry advocates say hospitality can also offer strong opportunities for advancement, with some managers climbing the ranks from entry level positions.

Jeovanny Arellano, director of operations at LondonHouse, said he began working in housekeeping at a suburban hotel when he was a college student studying computer science. Instead of being discouraged by the tough job, he swiftly “fell in love with hospitality.”

“Chicago is a big city, but when it comes to the hospitality industry, everyone knows each other,” said Arellano, 35, who was recruited for his current job at LondonHouse by Leyva.

Robert Habeeb, CEO at Maverick Hotels and Restaurants, which counts Offshore Rooftop and Bar and Sable at Navy Pier among its properties, said while the hospitality industry is always hiring, “the biggest challenge during this busy summer is keeping your operations fully staffed.”

“The marketplace is so competitive right now, the demand for staff is increasing, and even once workers are hired, you have to battle to keep them from leaving,” Habeeb said. “Everyone can have a bad day at work, but now that jobs are so plentiful, some employees are quick to jump ship.”

While the shameless tactics of the “recruiter” recently spotted handing out cash to lure away bus boys might be extreme, Habeeb said it underscores the desperation facing an industry for which customer service is its cornerstone.

“When we finally got the all clear, and the pandemic restrictions were lifted, people rushed back,” Habeeb said. “But now, everywhere you go, places are short staffed. … Some of the bloom is coming off the rose, and it all traces back to COVID.”