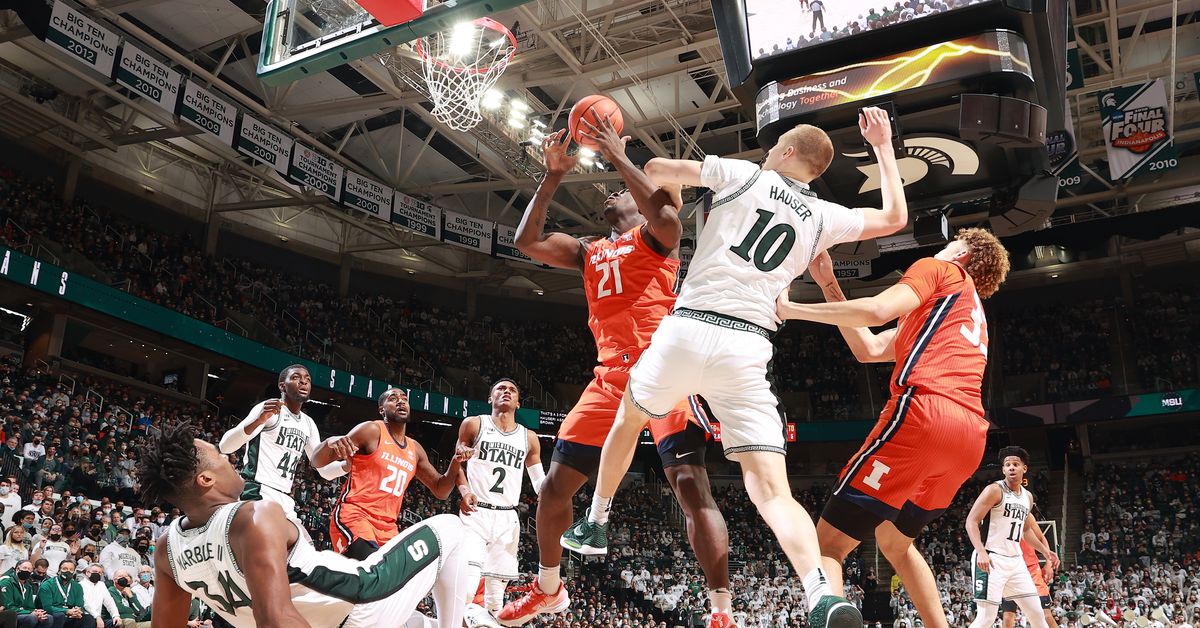 EAST LANSING, Mich. — The Illini had lost two of their previous three games, and coach Brad Underwood had questioned their toughness.

Kofi Cockburn scored 27 points and Jacob Grandison had a season-high 24 as No. 12 Illinois held off No. 19 Michigan State 79-74 on Saturday. Cockburn scored in double figures for the 36th consecutive game, the third-longest such streak in the nation.

“That went about how I thought it would,” Illinois coach Brad Underwood said. “I loved the fight and the grit, and that’s what I thought it took today.”

Tyson Walker scored a season-high 26 points and A.J. Hoggard had 15 for the Spartans (18-9, 9-6), who never led and trailed by 16 points in the second half. Michigan State has lost four of five.

The Spartans rallied down the stretch, cutting the lead to two several times in the final two minutes before Trent Frazier made a three-pointer with 25 seconds left to put the game out of reach. Frazier finished with 12 points.

“He went about 13 seconds too early,” Underwood said. “The play was an option for him and Kofi, and he just went early.”

Cockburn just missed a double-double with nine rebounds. He has 42 such games, a school record and the most by any NCAA player over the last three seasons. Grandison shot 6-for-10 from three-point range.

Michigan State shot 31% from the floor in the first half and trailed 34-22 at the break but heated up after halftime, finishing the game at 46.8% shooting to Illinois’ 45%.

“It’s a box checked off,” Underwood said. “And it so happens that it keeps us in first.”

Three of the Illini’s final four regular-season games are at home as they chase the Big Ten title, starting with Ohio State’s visit Thursday. The Spartans could fall out of the AP Top 25 after going 0-2 this week.