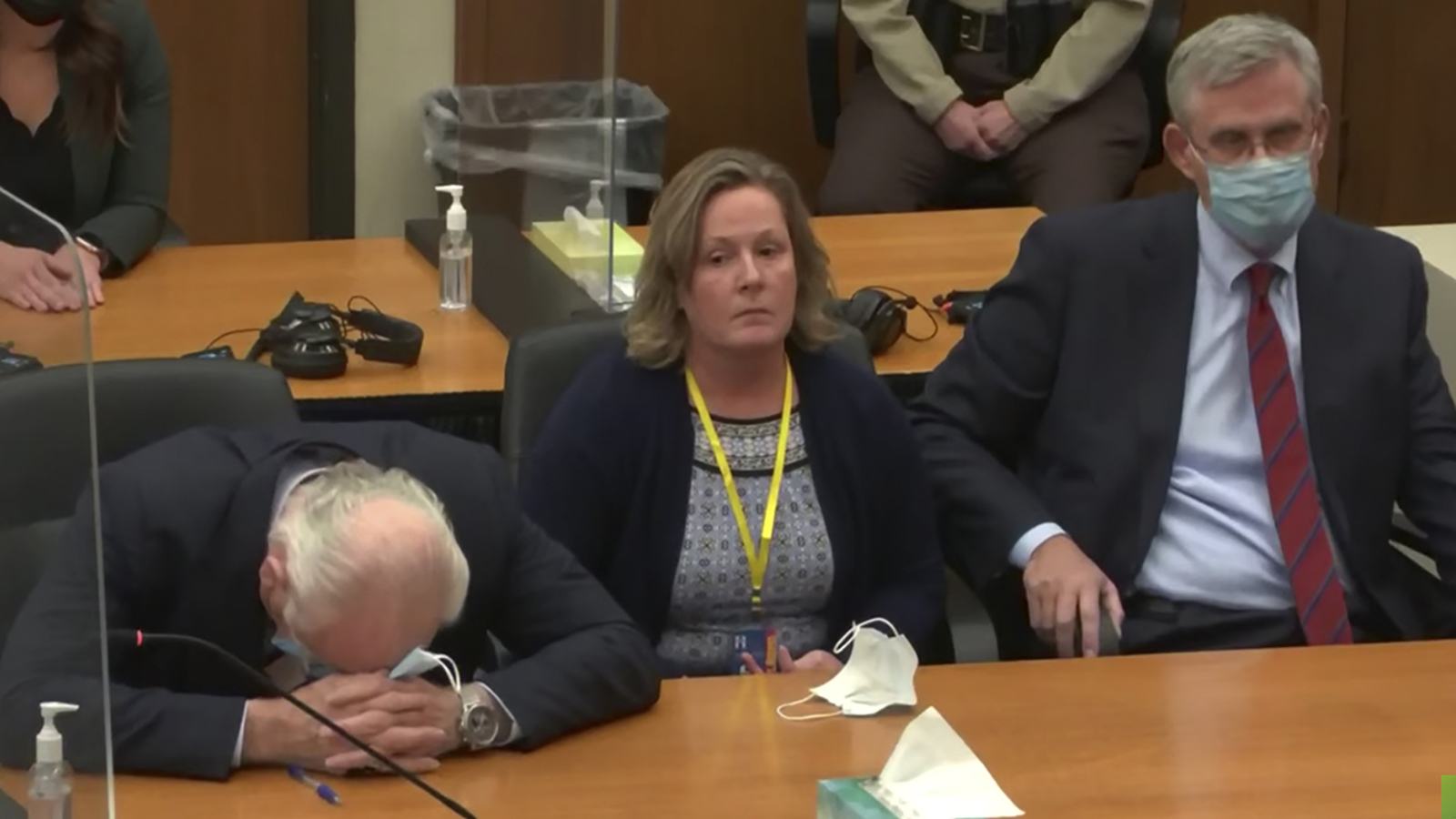 MINNEAPOLIS — The former suburban Minneapolis police officer who said she confused her handgun for her Taser when she fatally shot Daunte Wright was sentenced Friday to two years, a penalty below state guidelines after the judge found mitigating factors warranted a lesser sentence.

Potter will serve 16 months in prison and the remaining eight months on supervised release.

Kim Potter was convicted in December of first- and second-degree manslaughter in the April 11 killing of Wright, a 20-year-old Black motorist. She was sentenced only on the more serious charge in accordance with state law.

For someone with no criminal history, such as Potter, the state guidelines on that charge range from slightly more than six years to about 8 1/2 years in prison, with the presumptive sentence being just over seven years.

Prosecutors said the presumptive sentence was proper, but defense attorneys asked for a sentence below the guidelines, including a sentence of probation only.

Judge Regina Chu imposed the sentence after hearing from Wright’s family and Potter.

Wright’s mother said she will never be able to forgive Potter and would only refer to her as “the defendant” because Potter only referred to her 20-year-old son as “the driver” at trial.

“A police officer who was supposed to serve and protect so much took so much away from us … My life and my world will never ever be the same again,” she said, adding later: “Daunte Demetrius Wright, I will continue to fight in your name until driving while black is no longer a death sentence.”

Wright was killed after Brooklyn Center officers pulled him over for having expired license tags and an air freshener hanging from his rearview mirror. The shooting, which came in the midst of Derek Chauvin’s trial on murder charges in George Floyd’s killing, sparked several days of demonstrations outside the Brooklyn Center police station marked by tear gas and clashes between protesters and police.

Potter was convicted in December of first- and second-degree manslaughter in the April 11 killing. She’ll be sentenced only on the most serious charge of first-degree manslaughter, which carries a presumptive penalty of just over seven years in prison.

Prosecutor Matt Frank said Friday that he believed the presumptive sentence is appropriate, given the loss of life and Potter’s culpable negligence.

“His life mattered, and that life was taken,” Frank said. “His name is Daunte Wright. We have to say his name. He was not just a driver. He was a living human being. A life.”

Defense attorney Paul Engh told the judge that Wright’s death was “beyond tragic for everybody involved.” But, he added: “This was an unintentional crime. It was an accident. It was a mistake.”

Engh held up a box displaying what he said were among “thousands” of letters and cards of support for Potter.

“People took the time to write her,” Engh said. “This is unheard of for a defendant. I dare say no one in this room has ever seen anything like this.”

He urged the judge to sentence Potter to probation, saying sentencing guidelines are often not followed because they are too high for many defendants, including first-time offenders. He said Potter would be willing to meet with Wright’s family and to speak to police officers about Taser mixups.

If Potter is not sentenced to probation, then she should get a lower-than-usual sentence because Wright was the aggressor, Engh said. The testimony of other officers on the scene showed it was a dangerous situation because Wright was attempting to drive away, he said.

“This was an aggressive act. I don’t know how it couldn’t be an aggressive act,” said Engh, who also said Potter had the right to defend other officers and that she never should have been charged with first-degree manslaughter.

Evidence at Potter’s trial showed officers learned he had an outstanding warrant for a weapons possession charge and they tried to arrest him when he pulled away. Video showed Potter shouted several times that she was going to use her Taser on Wright, but she had her gun in her hand and fired one shot into his chest.

Potter has been at the state’s women’s prison in Shakopee since the guilty verdict. Her attorney said Friday that her mental and physical health has declined because she is isolated for her safety.

“If you send her to prison, you will harm her,” Engh said. “We are not in the business of harming defendants.”

Potter was also expected to make a statement.

Wright’s father and siblings earlier addressed the court to speak of their loss.

The mother of Wright’s son, Chyna Whitaker, said Friday that Wright would never have a chance to play ball with his son, or see him go to school.

“My son shouldn’t have to wear a ‘rest in peace’ shirt of his dad,” Whitaker said.

For someone with no criminal history, such as Potter, the state sentencing guidelines for first-degree manslaughter call for a penalty ranging from slightly more than six years to about 8 1/2 years in prison, with the presumptive sentence being just over seven years.

In Minnesota, it’s presumed that inmates who show good behavior will serve two-thirds of their sentence in prison and the rest on supervised release, commonly known as parole. That means if Potter gets the roughly seven-year presumptive sentence, she would serve about four years and nine months in custody, with the rest on parole.