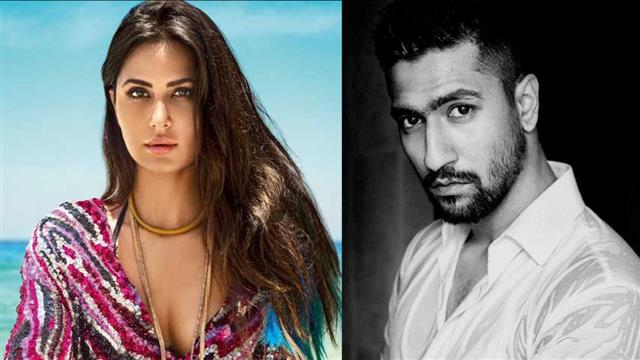 According to a news report, actor Katrina Kaif is allegedly upset with her ex-beau Ranbir Kapoor making a cameo in her husband Vicky Kaushal’s upcoming movie ‘Govinda Naam Mera’.

The comedy-thriller stars Vicky Kaushal in titular role and is backed by Karan Johar’s Dharma Productions. It also stars Bhumi Pednekar as his wife and Kiara Advani as his girlfriend, according to sources.

While the film’s release date and promotions timeline is yet to be announced officially, a Mid-Day report claims that Ranbir Kapoor is set to appear in the film. This would be the second time that the duo will share the screen since their hit film Sanju.

However, the report claims that the cameo appearance of Ranbir has not gone down well with his ex girlfriend Katrina Kaif.

According to news18, the report says, “It is now learnt that Katrina Kaif is not too pleased with Ranbir Kapoor making a cameo in actor-husband Vicky Kaushal’s next, Govinda Naam Mera.”

The report added, “While Kat is upset, doting hubby Vicky has taken the onus to calm down his wife and assure her that he will leave nothing to chance to ensure a perfect present and future.”

However, the actor couple is yet to address these claims.