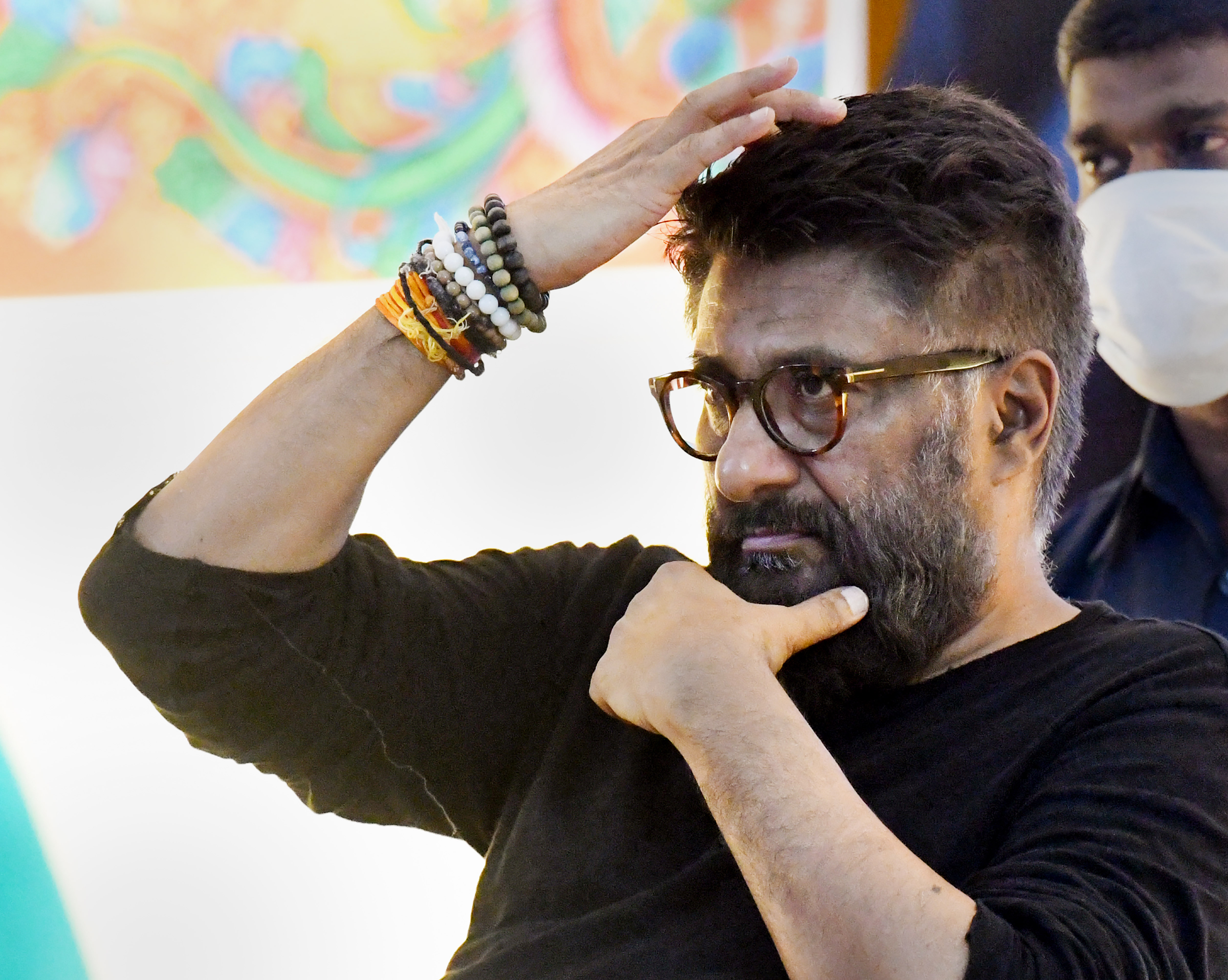 Turned away by the Foreign Correspondents Club and the Press Club of India, “The Kashmir Files” director Vivek Agnihotri says he has been banned “undemocratically” and will go ahead with a press conference at a five-star hotel on Thursday.

Agnihotri had posted a video on Tuesday alleging his free speech was banned by “the watchdogs of free speech” with FCC cancelling his event and announced he would hold his media interaction at the Press Club instead. When PCI also appeared to backtrack, he followed it up with a tweet on Wednesday slamming the organisation.

“Wow! @PCITweets also cancelled me. The watchdogs of democracy and messiah of free speech not only banned me undemocratically but are also lying through their teeth,” Agnihotri tweeted, sharing screenshots of messages of an agency directed to book PCI for the event.

The director then said he will have an “open house press conference” and will answer the “toughest questions”.

“Inviting all democratic and free speech pro-Truth believers, media people, correspondents, reporters, media activists and those with empathy for Kashmir Genocide victims tomm at 3.30 PM at Le MERIDIEN, New Delhi,” the director said in a WhatsApp message to PTI.

The controversy began with Agnihotri’s video on Tuesday, attacking the FCC and alleging that he was “a victim of a hate campaign”. He went on to say he would hold an “open house press conference” on the same day at an alternate venue, the PCI.

However, the PCI said on Twitter it is “not facilitating any event on May 5 by any individual or organisation”.

“The Club allows press conferences only with advanced booking. There is a due process, and bookings have to be done through a member of the Club,” the club said.

In another tweet later in the day, the PCI shared screenshots and stated, “Mr Vivek Agnihotri’s comments are misleading. The said agency may have spoken to our Office Secretary for a booking. However, the Press Club of India is not in receipt of any application for booking for a press conference on his behalf for any event on May 5, 2022.”

Countering the director’s claim that they had booked earlier through the agency without any member’s recommendation, the PCI shared a second screenshot and said that the booking for an event on March 15 was cancelled by the said agency even before “they could submit a signature” and the money was refunded.

In his video on Tuesday, Agnihotri also said the Global Kashmiri Pandit Diaspora had told him the FCC was “very keen” to host him.

“Few days back, Global Kashmiri Pandit Diaspora informed me that the Foreign Correspondents Club in New Delhi was very keen to host me for a press conference as many foreign media wanted to talk to me about ‘The Kashmir Files’ and the truth of the Kashmiri Hindu genocide,” he said.

Accordingly, the press conference was scheduled for 7 pm on May 5 at the FCC. An executive for Zee Studios, the banner behind “The Kashmir Files”, also flew to Delhi and made all the arrangements including “the unusual demand to hold cocktails and dinner”, Agnihotri said.

“… but to my shock yesterday I received a call from their president saying that event has to be cancelled as some very powerful media has taken strong objection to this conference and have threatened to resign en masse if it is allowed,” the filmmaker said.

Agnihotri said he has since received calls from many “democratic” Indian and foreign correspondents who wanted the press conference to be held but the club management refused to listen to their demands.

He alleged that “some powerful agenda driven” foreign media is part of an anti-India, anti-truth and anti-free speech conspiracy.

“I’m a victim of a hate campaign by the same media which has been falsely blaming India for spreading hate,” he added.

“Dear @AmitShah ji and @HardeepSPuri ji, I’d like to know what is the purpose of giving prime property to such anti-India, anti-free speech Foreign Correspondents Club. I am requesting you as a citizen to review their activities, purpose and agenda,” the director wrote.

Based on the exodus of Kashmiri Pandits from the Valley in 1990, “The Kashmir Files” was released in March and has grossed over Rs 300 crore worldwide.