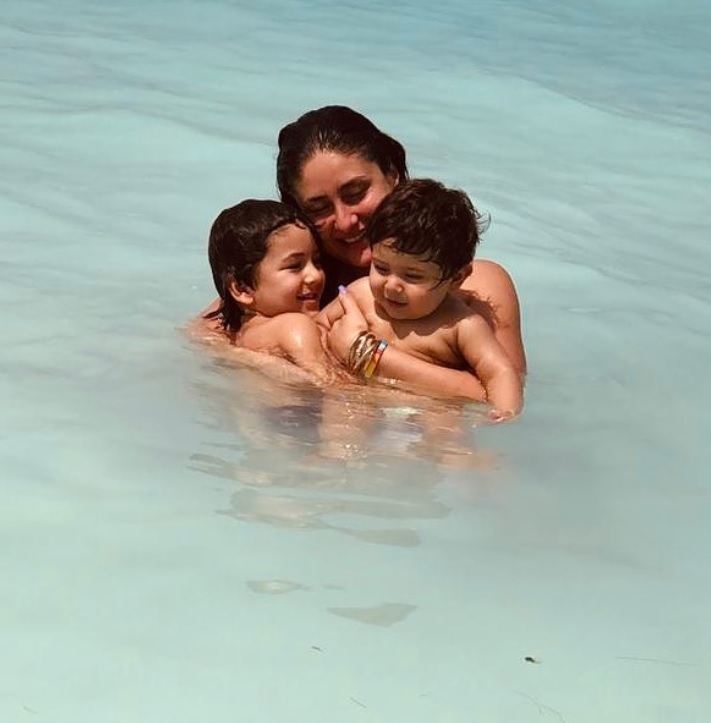 A hit among Internet users, Kareena Kapoor is not shy of sharing glimpses from her personal life. Her bonding with family, love for husband and being a doting mother, we’ve see her enjoy all these relationships. On Mother’s Day, Kareena Kappor makes sure to celebrate the emotion with her two munchkins, Taimur Ali Khan and Jehangir Ali Khan.

Celebrating motherhood, Kareena Kapoor on Sunday shared a delightful picture with her two baby boys. The three can be seen enjoying in a swimming pool. Holding them close to her, Kareena is all smiles as Taimur and Jeh rejoice in her embrace. Kareena captioned it, “The length and breadth of my life. Happy Mother’s Day.”

She said, “I think only a man as broad-minded as Saif could be a father of four children at very different stages. He gives his time to them all. And now, with Jeh, we are trying to balance it out. We’ve made a pact that when he’s shooting for a film, I will try not to work on one at the same time [and vice versa].”

Meanwhile, on the work front, Kareena Kapoor will be next seen in Laal Singh Chaddha with Aamir Khan in the lead. The movie is due to release on August 11. Recently, Kareena also signed her first OTT project with Netflix, which is a screen adaptation of Japanese author Keigo Higashino’s acclaimed work, The Devotion of Suspect X. The film will be directed by by Sujoy Ghosh and also feature Vijay Varma and Jaideep Ahlawat in important roles.