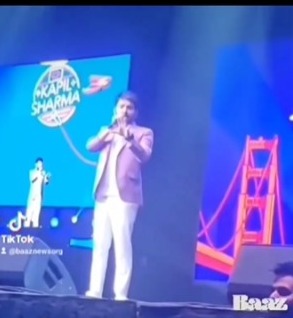 Kapil sang Sidhu’s most accomplished song ‘295’ amid cheers of audience in a live concert.

Thanks @KapilSharmaK9 for remembering Legends of Punjab in Vancouver Concert. #Respect pic.twitter.com/BdZ5tm67TR

Recently, the track ‘295’ made it to the Billboard Global 200 Chart. The song was listed at the 154 spot earlier this month, while its viewership number on YouTube has gone past the 200 million mark.

The background of the stage where Kapil performed had images of late singer Sidhu Moosewala and KK, including others who lost their lives recently.

Meanwhile on Sunday, Sidhu’s posthumously released controversial song ‘SYL’ was taken off from YouTube in India.