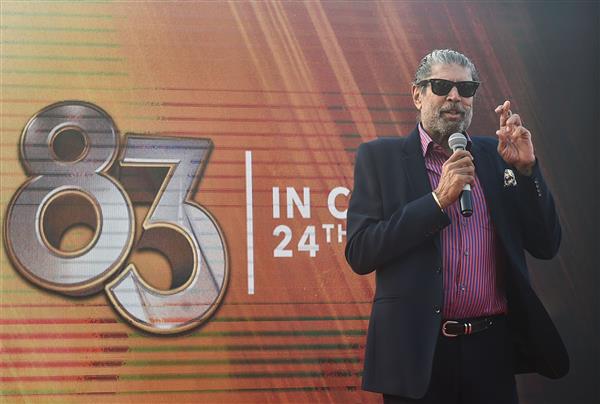 As the sports drama ’83’ is all set to release on the big screen on Thursday, former Indian cricket captain Kapil Dev recalled the feeling of lifting the World Cup in 1983, in a video shared by the makers.

In the video, Kapil recalls his experience of winning the World Cup in 1983.

He was heard saying in Hindi: “India ke liye khelna ek sapna tha and a bigger dream was to become the Captain of the National team. And I had never imagined lifting the World Cup on the balcony of Lord’s!” The clip was captioned: “The Haryana Hurricane, @therealkapildev Sir, invites us all to experience the historic saga unfold! 2 Days To 83. #ThisIs83 83 IN CINEMAS ON 24TH DEC, 2021. Releasing in Hindi, Tamil, Telugu, Kannada and Malayalam. Also in 3D.” ’83’ highlights India winning the 1983 World Cup under the leadership of Kapil Dev, played by Ranveer Singh.

The film is all set to release theatrically worldwide on December 23.