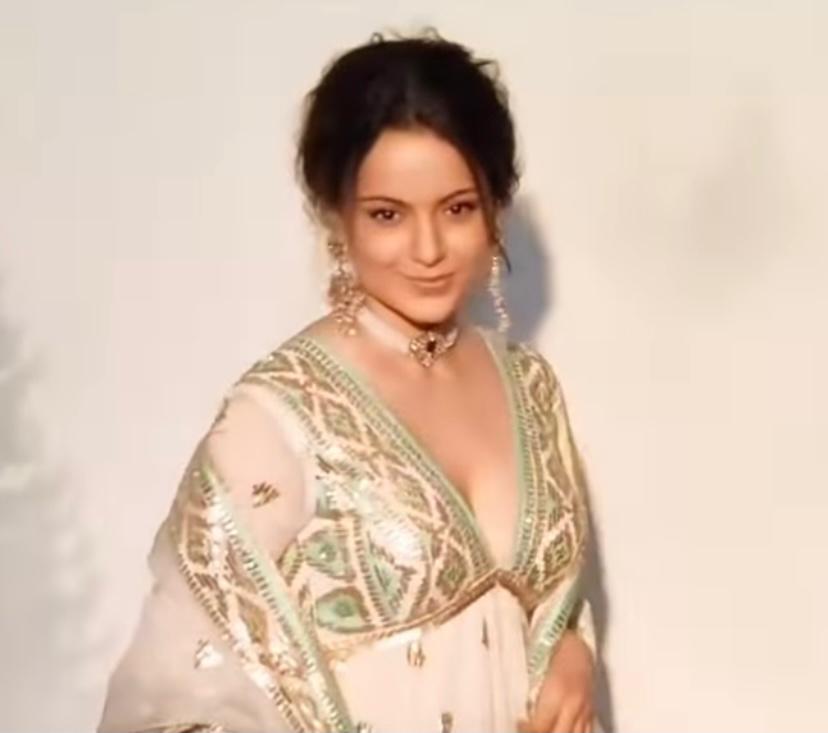 Among the guests, Kangana Ranaut, too, marked her presence in a white sharara.

However, Kangana’s presence did not go down well with the netizens as the ‘Queen’ star has been often seen making fun of Bollywood’s A-listers and their lifestyle and their parties.

Netizens trolled her brutally soon after Kangana’s video was up on social media.

Also, another reason for the backlash was Kangana’s controversial statements time and again against Muslims and then celebrating their festival.

While a user compared her with a Chameleon for changing colours. Another one called it a strategic move to promote her upcoming film, Dhaakad, slated to be released on May 20, 2022.

Shocked by the same, a user commented, “Now her movie is up for release. She wants to lick Salman khan’s feet.