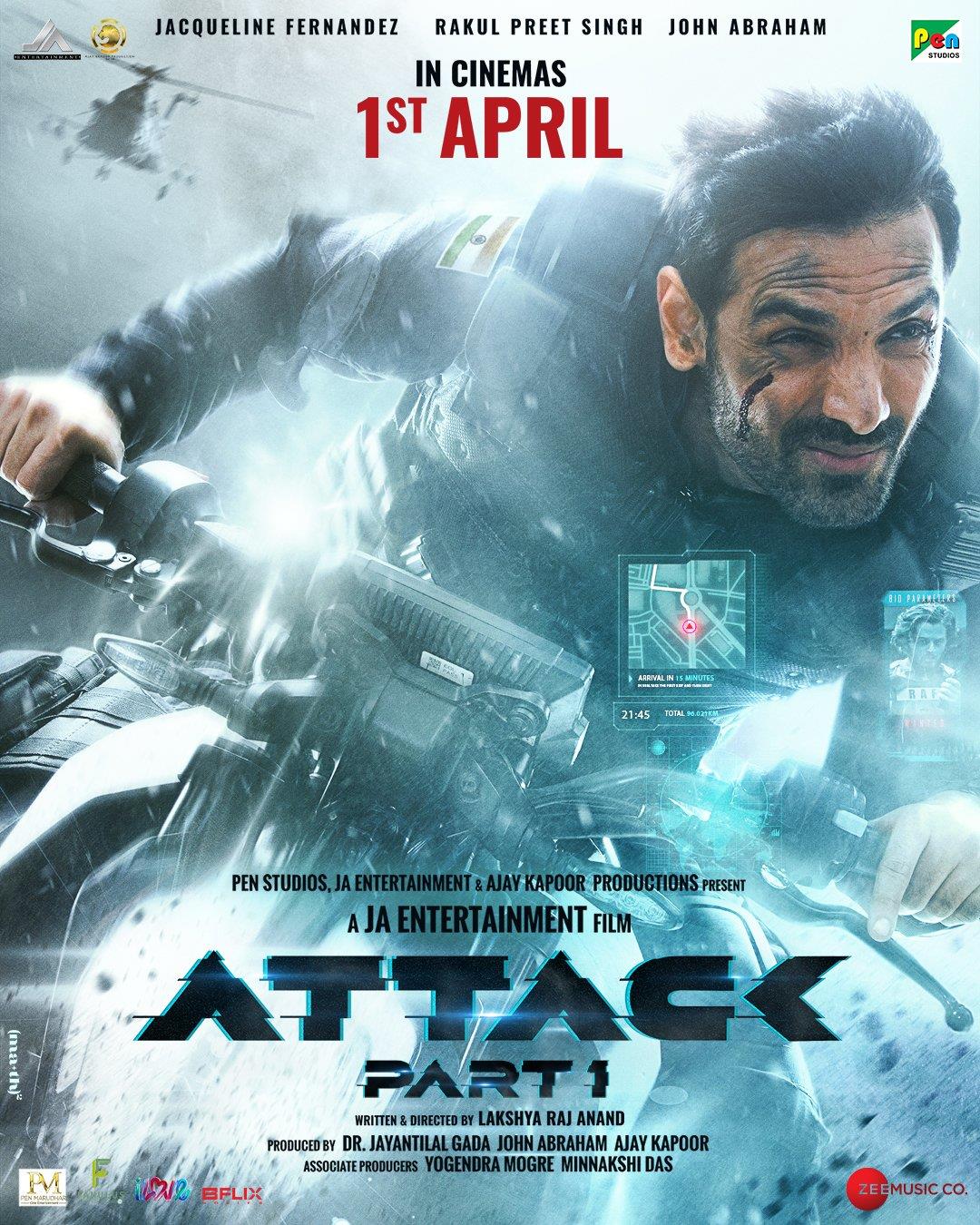 The trailer of the John Abraham-starrer ‘Attack – Part 1 will hit the airwaves on Monday with the film booking April 1 for worldwide theatrical release. The film, directed by Lakshya Raj Anand, also stars Jacqueline Fernandez and Rakul Preet Singh in lead roles.

It tells the story of a daring rescue mission led by India’s first Super Soldier played by John Abraham. John’s character in the film undergoes radical cybernetic modifications to enhance his biomechanisms in order to ward off terrorist threats on Indian soil.

The film, which has been produced by Dr Jayantilal Gada of Pen Studios, John Abraham’s JA Entertainment and Ajay Kapoor Productions, has suffered multiple delays over the last two years owing to the pandemic. Originally scheduled to release on August 14, 2020, the film’s shoot was suspended because of the pandemic.

As it prepared to hit the screens on January 28, 2022, the Covid omicron variant played spoilsport thereby pushing its release further.

Meanwhile, John also has ‘Ek Villain Returns’ up his sleeve along with ‘Pathaan’ the first look video of which was released recently.  IANS