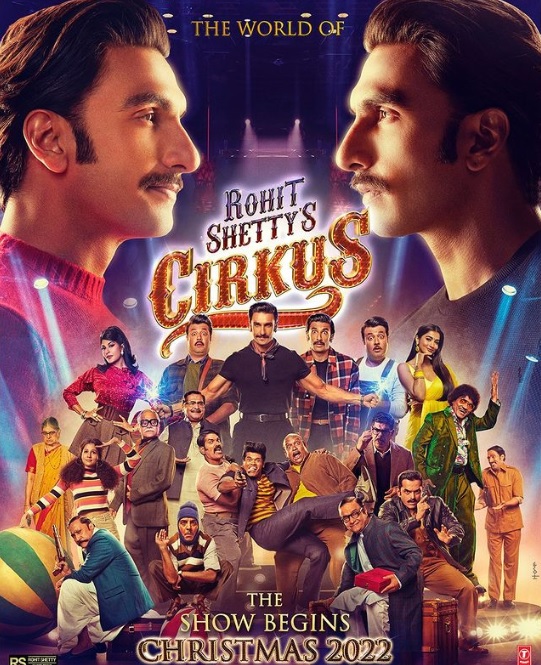 If there is a circus with Bollywood’s livewire star Ranveer Singh at the helm of the show, it’s a sure shot blast of fun and entertainment. That’s what the first poster of Rohit Shetty’s next ‘Cirkus’ looks like. In the poster, Ranveer Singh is at the centre where he is showing off his team, a big one that is, including the leading ladies Jacqueline Fernandez and Pooja Hegde.

Ranveer Singh revealed the first poster on his social media handle. He wrote, “Cirkus this Christmas.”

Rohit Shetty’s message about the poster connects it with his comedy blockbuster film Golmaal. In the caption, Rohit said, “It’s time to bring our audience back to the cinemas… Once again! Golmaal released 16 years ago and the love you all gave me made me what I am today! ‘Cirkus’ is a Christmas gift for you and your family! Kyunki iss ‘Cirkus’ mein bohot sara Golmaal hai.”

Many of the members of Cirkus have earlier featured in Rohit’s Golmaal series, which are a laughter riots.

It’s for the third time that Ranveer Singh and Rohit Shetty have partnered for a film. Their earlier collaborations include, Simmba (2018) and the recently released Sooryavanshi, in which Ranveer had an extended cameo.