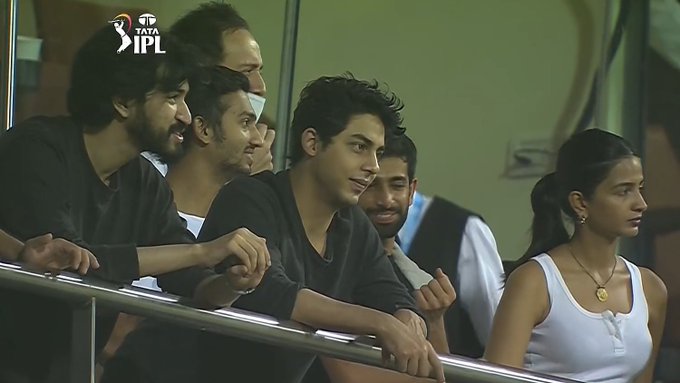 While some fans may be looking for details of the mysterious girl was who stood beside Shah Rukh Khan’s son Aryan Khan in the very first match of IPL 2022. But most of the audience at the Wankhede Stadium in Mumbai was fascinated by his smile.

Shah Rukh Khan is the owner of the Kolkata Knight Riders (KKR) team and his son Aryan had come to cheer the team in father’s absence as the actor is said be busy in his upcoming movie Pathan in Spain.

The girl was seen watching the match with him at the Wankhede Stadium in Mumbai. And the photos of Aryan along with the girl have gone viral on social media. But the netizens also noticed his “warm and innocent smile”.

Baba #AryanKhan in the stadium 🤩🔥

Aryan khan in the House of Knights ❤

Haters will be burning 🔥. pic.twitter.com/YcZUNYxPS9

Aryan Khan was seen wearing a black t-shirt, while the mystery girl seen with him is in a white crop top. In the very first match, KKR defeated CSK by 6 wickets.