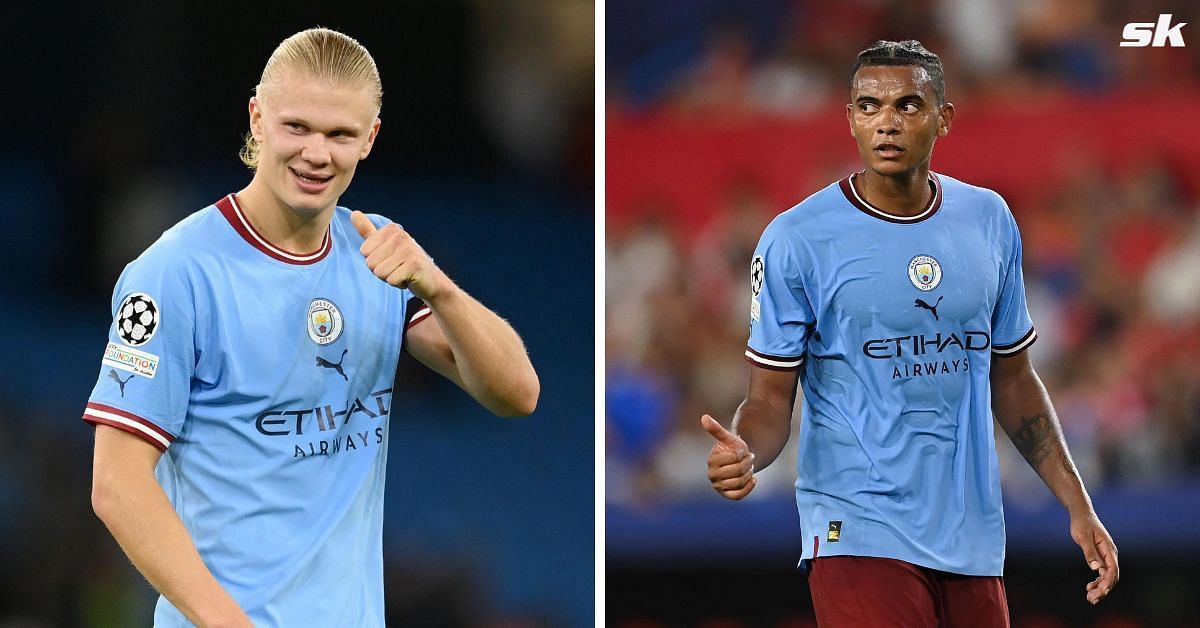 Manchester City defender Manuel Akanji believes Cityzens teammate Erling Haaland can continue scoring at the rate he is currently finding the back of the net in.

Manchester City played their second UEFA Champions League group stage match against Borussia Dortmund on Wednesday (September 14). Although they had to dig deep, they managed to earn the win.

Jude Bellingham gave the Bundesliga club the lead 56th minute into the match at the Etihad Stadium. It appeared the visitors would return home with at least a point, but John Stones equalized for the Cityzens in the 80th minute.

It only took Pep Guardiola’s side another four minutes to get ahead in the game, courtesy of a goal from Haaland. The Norwegian did what he does best, getting on the end of a brilliant cross from Joao Cancelo and finding the back of the net.

The goal saw Manchester City beat Dortmund 2-1 and took Haaland’s tally to 13 across all competitions. Fans, pundits, players and even managers have been impressed with the striker’s goalscoring ratio.

How are you meant to stop Erling Haaland?! 🤯

How are you meant to stop Erling Haaland?! 🤯 https://t.co/an3zABzSlf

Akanji, though, has insisted that he has not been surprised by the 22-year-old’s ability to find the back of the net with ease. The defender, who shared the dressing room with the frontman at Dortmund, also backed him to maintain his momentum throughout the season. He was quoted as saying by the Manchester Evening News:

“I’m not surprised. I think he can keep going like this. He just needs to work hard, keep his head down and work every day. At this point I think he can score any type of goal.”

“I’m not surprised anymore what he can do. What a cross also from Joao [Cancelo] and obviously he is there where he needs to be and it was a fantastic goal.”

Akanji and Haaland shared the dressing room for two-and-a-half years at Dortmund. They played a total of 67 matches together for the German top flight club.

Haaland already proving to a bargain for Manchester City

Manchester City splurged a sum of £51 million to acquire Haaland’s services from Dortmund in the summer. They are also said to have forked out a significant amount of money for agent fees and other bonuses.

However, the Norway international is already proving to be a bargain for the Cityzens. He has scored 13 goals and provided one assist from nine appearances across all competitions so far.

With the 22-year-old leading the line, Guardiola’s side currently sit second in the Premier League and atop their Champions League group table.