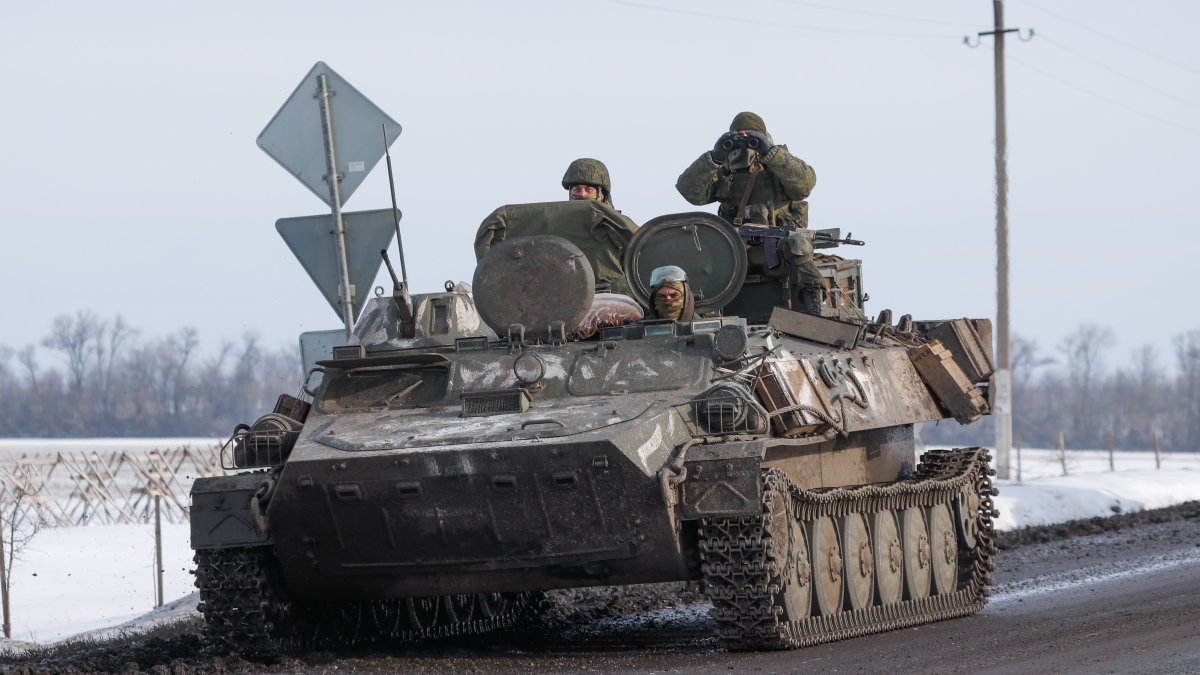 A Wicker Park woman is planning to travel back to Ukraine in coming days to help fight against Russia, saying she has bought a one-way ticket as she seeks to defend the country where she was born.

Maria, who is a trained musician living in the Chicago area, is planning to travel to the Polish border. She then plans to cross into Ukraine, with hopes of joining the country’s fight against Russia.

It is a life-altering decision that she didn’t have to think about.

“It is harder when you are not there,” she said. “All of my people are there. I’d rather go there and do stuff that needs to be done.”

Watching the images on television – and hearing the stories – fueled her desire to be back in Ukraine.

“I am strong and stubborn,” she said. “I also speak all the languages in the region. I speak Russian, Ukrainian, Polish, German, English, so I can be useful.”

About 100 people gathered at St. Nicholas to call for peace and pray for an end to the war being fought 5,000 miles away, but felt so deeply here in Chicago. NBC 5’s Alex Maragos reports.

Maria says that her husband is traveling with her. Their plan is to get married before they leave next week.

“I really didn’t want him to go, but he would not let me go by myself,” she said.

Maria says that she is now using her wedding registry to help collect items for Ukrainian soldiers. She also says that although she plans to go to Ukraine to join the fight, she also has hope that peace could be achieved before she arrives.

“I hope that when I arrive there on Monday that all of this will be over,” she said. “I hope so.”