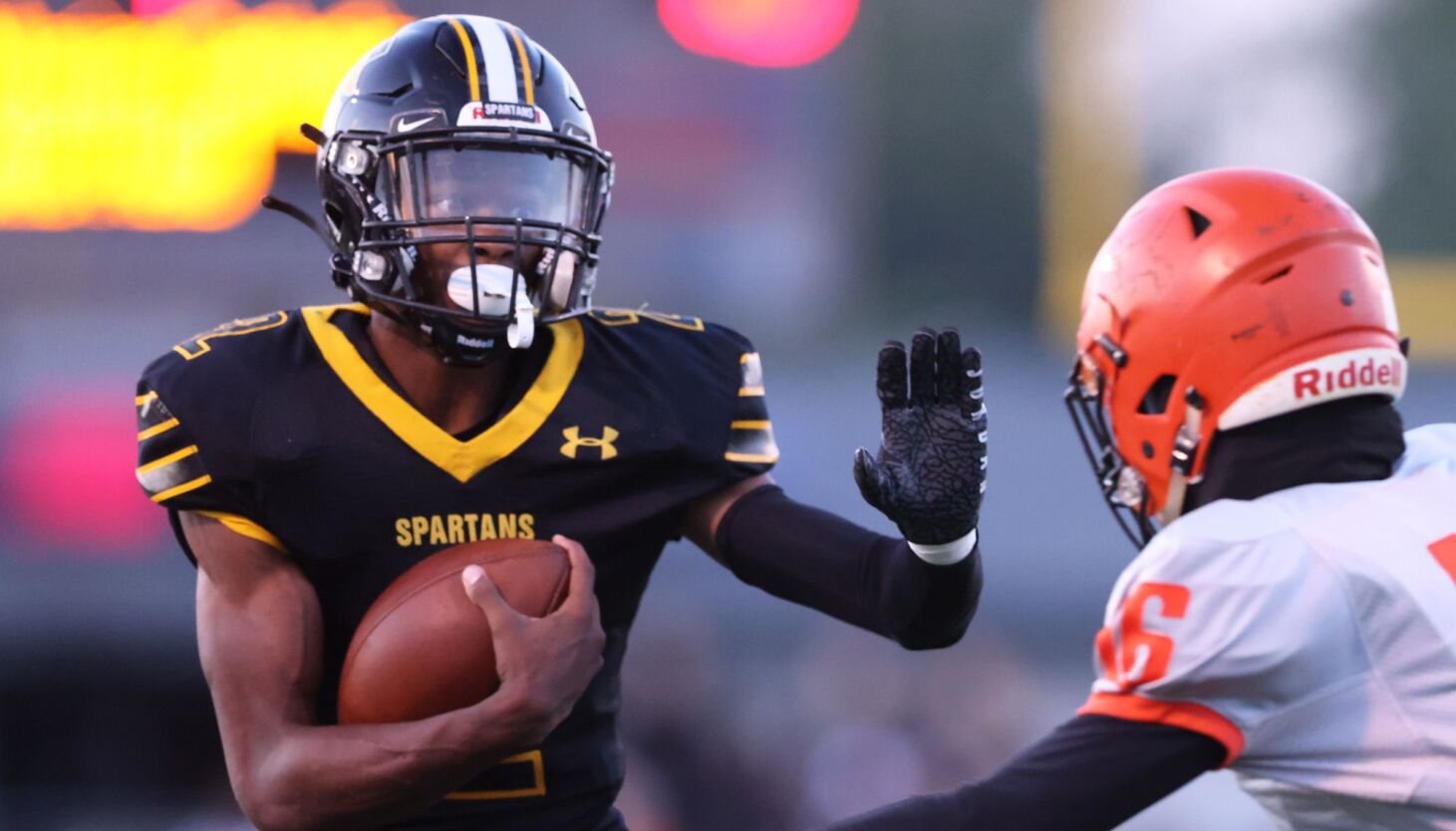 Week four of the high school football season is traditionally where the playoff crunch begins to take shape. Here’s a look at six teams that have surprised by starting 3-0 or 0-3: Three teams that have an excellent shot at the playoffs and three that have a tough road ahead.

The Spartans have a breakout talent in quarterback Kyle Thomas, a NIU recruit, and their schedule has not been difficult so far. But Marian Catholic was just 3-6 last season, so 3-0 counts as a surprise.

The Spartans have trounced their first three opponents by a combined score of 153-42 behind a strong running game led by Thomas and promising sophomore running back Tyler Lofton.

“It was obvious [Lofton] was going to be an all-star,” Thomas said after knocking off Leo in Week 2. “He’s a dog and he showed it tonight. The line was great and me and Tyler just hit those holes.”

Marian Catholic’s next six opponents are 12-6 through three weeks, so the challenges are coming. But if the Spartans can find a way to knock off Benet, De La Salle and St. Patrick, a playoff spot would be guaranteed. Marian Catholic has qualified for the playoffs just once since 2010.

The newly nicknamed Champions took care of business in the first three weeks, knocking off Amundsen, TF South and Hubbard. It’s the first time Lane has been 3-0 in 15 years.

Next up is the rivalry game against Taft, which is 0-3 but will be favored. Lane also has tough matchups coming against Clark, Phillips and Simeon. The games against Young and Westinghouse could determine if the Champions earn a spot in the playoffs for the first time since 2013.

Grenadiers coach Miles Osei has already equaled his win total from last season. Elk Grove has taken down Maine West and Niles North at home and beat Hoffman Estates on the road.

That’s the most impressive resume of the surprise teams but the problem is that the schedule doesn’t let up. Elk Grove still has games against two ranked teams, Prospect and Hersey, and has road matchups at Niles West, Rolling Meadows and Wheeling.

The Grenadiers last qualified for the playoffs in 2013.

The biggest surprise of all the 0-3 surprises is Barrington. The Broncos last missed out on the playoffs in 2012 and generally manage to pop up in the Super 25 at some point in the season and win a playoff game most years.

Veteran coach Joe Sanchez’s squad was just 5-5 last season, so maybe a slight downturn has been coming. But maybe not. The schedule has been a total meat grinder. Barrington lost at Warren and at Prospect and at home to Maine South. All three schools are highly ranked.

The Broncos will be favored in five of their final six games and are a good bet to make a run into the playoffs.

The Trevians haven’t won a playoff game since 2016, but they’ve qualified in 24 of the past 26 seasons, so it would be a shock if they were on the outside in November.

New Trier has lost on the road at Palatine and Stevenson and was beaten 31-0 at home by Hersey in Week 1.

There’s a chance for the Trevians to find their footing this week at home against another surprise winless squad, Fremd. But after that things are incredibly difficult. New Trier will be underdogs the rest of the way, with tough matchups looming against Glenbrook South and Maine South.

Former Phillips coach Troy McAllister made a big splash last season by knocking off perennial powerhouse Lincoln-Way East and earning a playoff spot in his first season in Orland Park.

The Eagles finished 5-5 and looked like a program on the rise.

That may still be true, but the Southwest Suburban Blue is the area’s strongest conference outside the Catholic League. Five wins will likely get Sandburg in the playoffs but that would require beating at least two ranked teams. The Eagles still have games against Bolingbrook, Lockport and the Griffins.