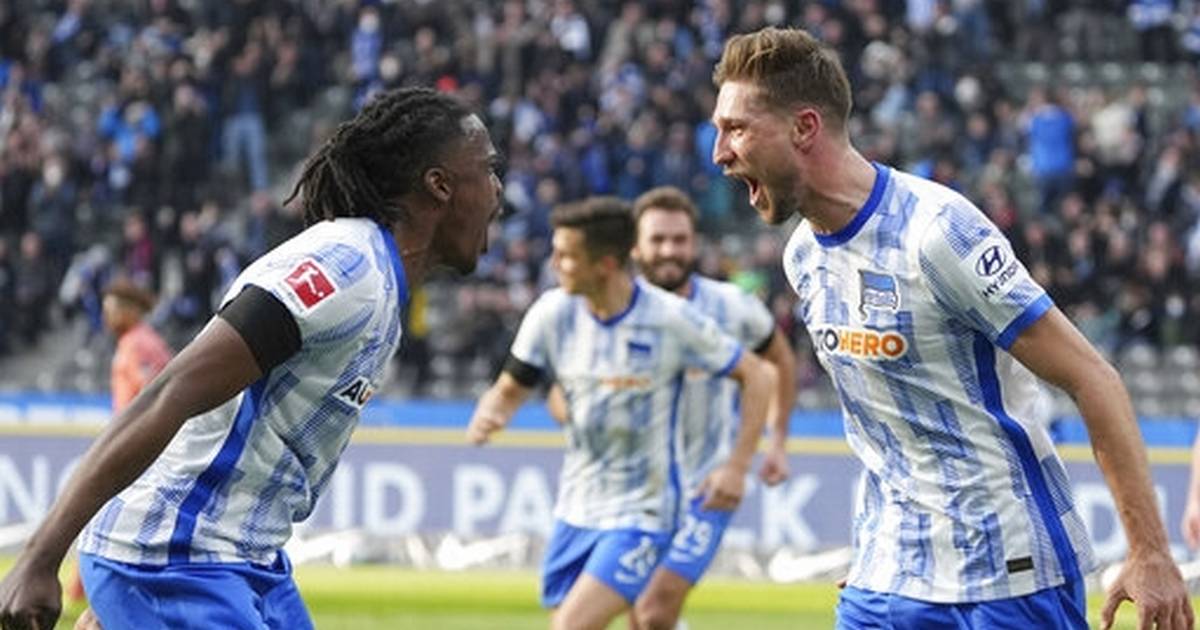 BERLIN — Hertha Berlin won its first game of 2022 in Felix Magath’s first game as coach despite his absence due to a coronavirus infection on Saturday.

Marvin Plattenhardt set up three goals for Hertha to climb out of a direct relegation place in the Bundesliga with a 3-0 win over Hoffenheim, ending a nine-game winless streak going back to a 3-2 win over Borussia Dortmund on Dec. 18.

Hertha, which dropped second last in the 18-team division last weekend, fired Tayfun Korkut as coach on Sunday and appointed the experienced Magath in his place.

Magath, who formerly coached Bayern Munich, Wolfsburg, Stuttgart and many more, was joined by assistant coach Mark Fotheringham, whom he knew from their time together at English team Fulham.

But Magath tested positive for COVID-19 on Thursday, leaving Fotheringham to take charge in his place.

Hertha played with passion and intensity, though Hoffenheim’s Jacob Bruun Larsen had the best chance of the first half when he failed to make the most of a one-on-one with Hertha goalkeeper Alexander Schwolow.

Niklas Stark finally broke the deadlock in the 39th minute with a header to Plattenhardt’s free kick. The linesman raised his flag for offside but a VAR check confirmed Stark was on.

Hertha maintained its intensity after the break. The players’ commitment even earned applause from the home supporters, a noise they’d rarely heard this season.

Ishak Belfodil got the second goal in the 63rd, when Marc Oliver Kempf cushioned another free kick from Plattenhardt into the Algerian’s path. Belfodil’s celebrations were muted against his former club, but the Hertha fans were singing.

There was also good news coming from Mainz, where relegation rival Arminia Bielefeld was losing.

Another free kick from Plattenhardt led to Hertha’s third in the 74th, an own-goal from David Raum under pressure from Dedryck Boyata.

Stuttgart climbed out of the relegation zone by coming from behind to beat Augsburg 3-2.

Stuttgart’s players emerged with Ukraine flags and the words ‘No War’ on their training tops before the game.