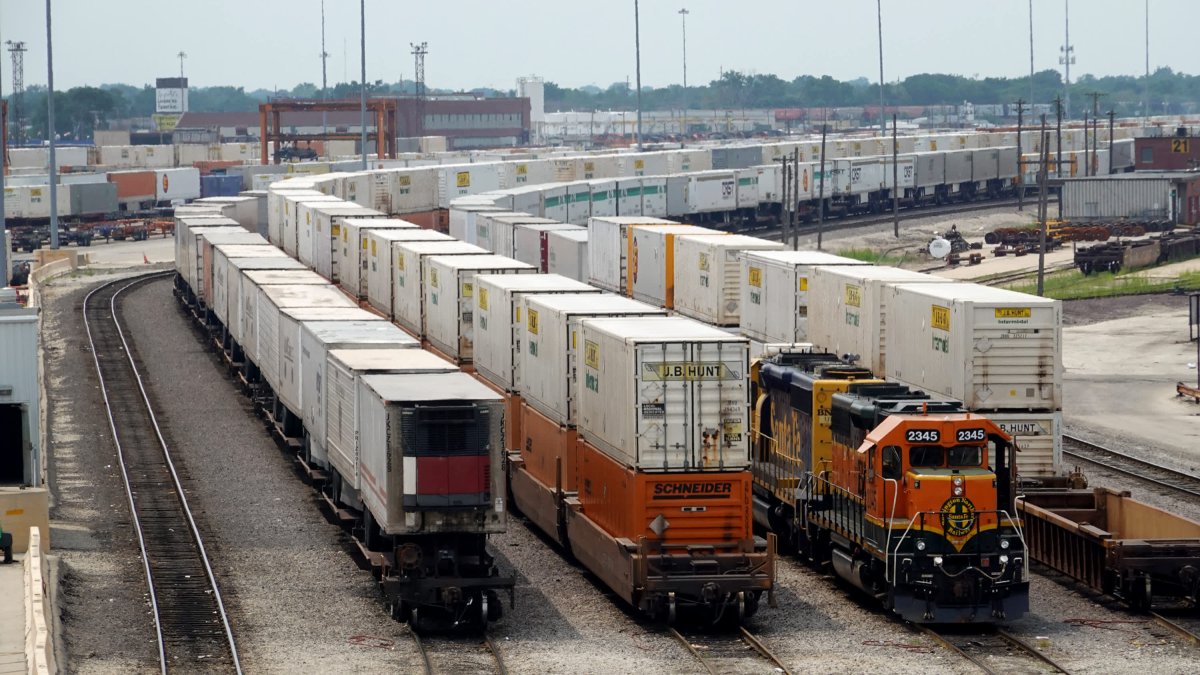 The final deal was negotiated by the unions that represent engineers and conductors, but all 12 of the rail unions will likely benefit from the concessions railroads made because the unions that agreed to deals earlier all had provisions in their deals that will allow them to do that.

The raises workers will receive as part of this deal will be the biggest ones they have received in more than four decades. The railroad industry has said that average rail worker salaries will reach $110,000 by the end of this five-year deal in 2025.

The financial terms of the deal closely follow the recommendations made by the Presidential Emergency Board last month after those arbitrators met with both sides.

Businesses that rely on the railroads said a strike would be devastating, and the Association of American Railroads trade group estimated that a work stoppage would cost the economy more than $2 billion a day.

HOW BIG ARE THE RAISES?

HOW MUCH TIME OFF WILL WORKERS GET?

The deal includes one additional paid leave day a year, but railroads also agreed to let workers take unpaid time off for doctor’s appointments and medical procedures without being penalized under their attendance rules.

The unpaid time off is a key concession that addressed some of the unions’ concerns about working conditions. Under the current system at BNSF and Union Pacific, workers receive a set number of points, and they lose points any time they take time off. If workers use up all their points, they can be disciplined or even fired.

WHAT ABOUT HEALTH INSURANCE?

The railroads also agreed to increase the amount they will pay for hearing benefits and for speech therapy and other treatment of autism.

WILL WORKERS SUPPORT THE DEAL?

Members of all 12 railroad unions will have to vote on these deals. Already one union rejected a deal Wednesday that was based closely on the Presidential Emergency Board’s recommendations but two other unions approved similar deals. These latest concessions may help secure the support of the union that rejected a deal.

The recommendations from the Presidential Emergency Board provided significant raises, but didn’t address union concerns about working conditions. Many railroad workers spoke out on social media saying they would vote against a deal that only delivered what the Presidential Emergency Board recommended. It remains to be seen whether the railroads’ concessions on time off are enough to get workers support.

Earlier this summer, railroad workers voted overwhelmingly to authorize a strike if both sides couldn’t agree to a deal. Many workers are frustrated with current working conditions after the major railroads cut nearly one-third of their workforce over the past six years. Hundreds of railroad workers have left the industry this year as the same time the railroads have been aggressively hiring new employees.

The railroads need additional employees to handle all the freight. Shippers have complained loudly this year about delayed deliveries and poor service, and federal regulators have demanded that railroads improve their service.

If unions and railroad companies don’t reach an agreement by Friday, some rail workers said they are prepared to walk out. Here’s what a strike could mean for Americans.