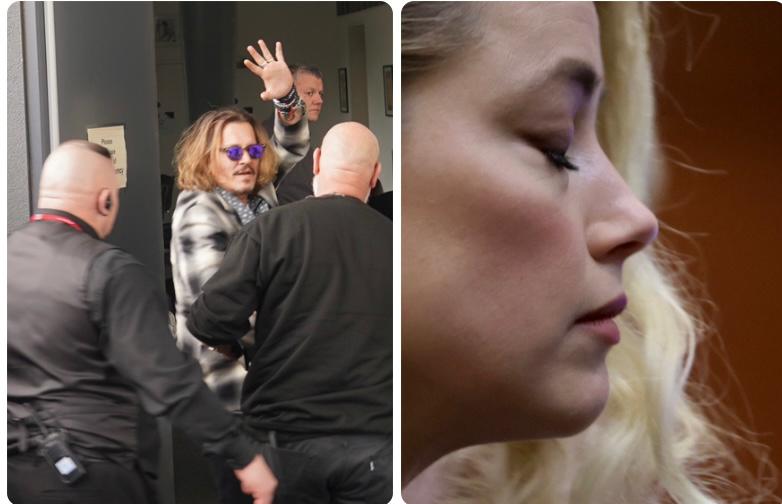 American actor Johnny Depp has won the defamation suit which he had filed against his former wife Amber Heard. Earlier, charges of domestic violence, including physical and verbal abuse under the influence of liquor, were levied at Depp by actress Amber Heard.

Refuting the allegations, Depp had filed a defamation suit against Amber for allegedly putting up a fake case against him which caused seismic impact on his life and career.

After hanging fire for almost six years, the jury proclaimed judgement in favour of Depp and asked Amber to pay $15 million to Depp in damages. However, jury also awarded $2 to Amber,determining that Heard had been defamed by one of Depp’s lawyers.

Soon after the verdict was announced, Twitter got flooded with tweets celebrating the verdict. In the course, a trend #Mentoo also got propagated across the social platform. Users, including women, seem to be schooling the ones’ who push feminism to an extent that gives extra liberty to women to push fabricated and fallacious agenda in the garb of feminism.

She told him to tell the world. We are listening and we believe Johnny.#MenToo#JohnnyDepp pic.twitter.com/WFWL3YiGQI

You took OUR rapes, OUR beatings, OUR Stitches, OUR broken bones OUR survival and used them to ruin A man, HIS family, HIS career, You Lied, but the truth has been seen by the world
Shame on you#MenToo https://t.co/4VRZXtlYmA

If you believe all women, you are apart of the problem.

Women can cheat. Women can manipulate. Women can deceive. Women can lie.
Women are NOT always the victim.#MenToo can be victims!
MEN MATTER ❤️#JohnnyDeppGotJustice

Johnny Depp put his career. Pirates 6. Fantastic Beasts 3. EVERYTHING on the line.

It took YEARS too but he WON.

He PROVED that #mentoo can be domestic abuse survivors.

This is, only part of what Johnny has done, with this case. ❤#MenToo #JusticeForJohnnyDepp pic.twitter.com/fqeeBpaayy

Amber made the mistake that all narcassistic bullies make. She mistook Johnny’s gentleness as weakness. Her arrogance was thinking she could just ride the MeToo movement to fame. What she didn’t count on was his fans standing by him as he stood up & said #MenToo. #TeamJohnnyDepp

#JohnnyDeppIsInnocent “Tell the world Johnny, tell them I Johnny Depp a man is a victim too of domestic violence and see how many people believe or side with you”
-Amber Heard
He did, he told the world
🙏🏼🥹 I BELIEVE HIM #IBelieveJohnnyDepp #truthwins #NeverFearTruth #Mentoo