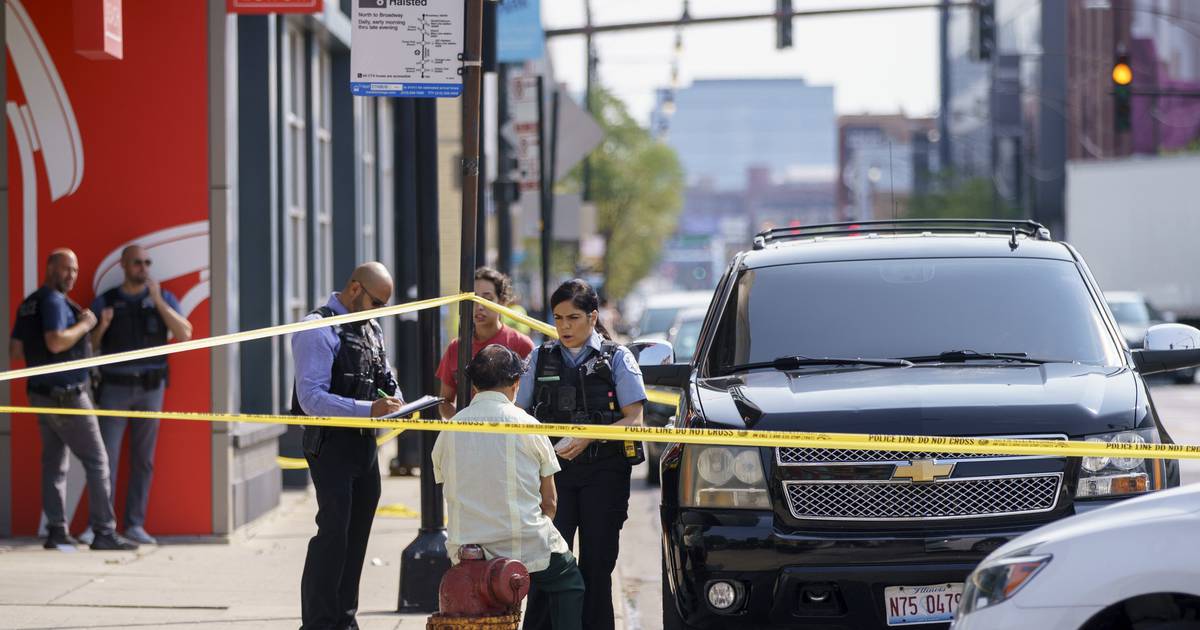 A security officer working for Harvey Mayor Christopher Clark on Wednesday shot at a person who was armed with a firearm and wearing a ski mask in Chicago’s Old Town neighborhood, according to a news release.

The shooting occurred just before 2 p.m., and Clark’s security detail saw someone get out of a black Jeep with black tinted windows and point a gun, according to a release from Harvey officials.

“In an effort to protect the mayor, the detail exited their vehicle,” according to the release. “The masked man turned toward the detail with his gun pointed. The detail fired his gun at the assailant, striking his vehicle. The assailant returned to the vehicle and sped off. The officer was not struck by gunfire.”

Chicago police said they responded at about 2:30 p.m. to the 1500 block of North Halsted Street and that their investigation showed an 86-year-old man was being robbed at gunpoint when a private security officer from Harvey fired at him.

Police said no injuries were reported and that detectives are investigating.

South suburban Harvey is about 25 miles from Old Town.

Clark was not injured and Harvey police are working with Chicago police in investigating the shooting, according to the Harvey release. It was not clear whether the person shot at by the security detail returned fire.

Elected in the spring of 2019, Clark had served a term as alderman in Harvey’s 3rd Ward before defeating Anthony McCaskill, president of Harvey’s park district, in the mayoral election.

Clark had been involved in a ballot initiative to get a term limits referendum proposal approved by voters that barred Eric Kellogg from seeking a fifth term as Harvey’s mayor in 2019.