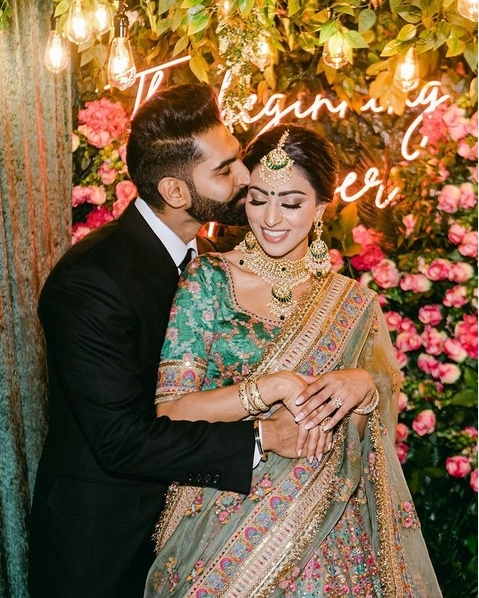 Punjabi singer-actor Parmish Verma, who tied the knot with long-term girlfriend Geet Verma in October last year, has given his fans a reason to rejoice. The Gal Ni Kadni singer announced that the couple is ready for the next step in their relationship. Yes, you guessed it right. They are soon to become parents.

Parmish took to his social media handles to share an adorable picture with his wife to share the news. Holding Geet in his arms, Parmish wrote“We’re Delighted to share the news that we’re Becoming Parents Thank you, Lord, for the blessings you have bestowed on our life. Waheguru Mehar Kare”

This news comes after the success of his recently released film Main Te Bapu, which marks the debut of his father Dr Satish Verma. The real-life duo on reel build quite an excitement. It left the fans anticipating for a powerful performance and fans and critics were happily surprised to see their bond create magic in the film.