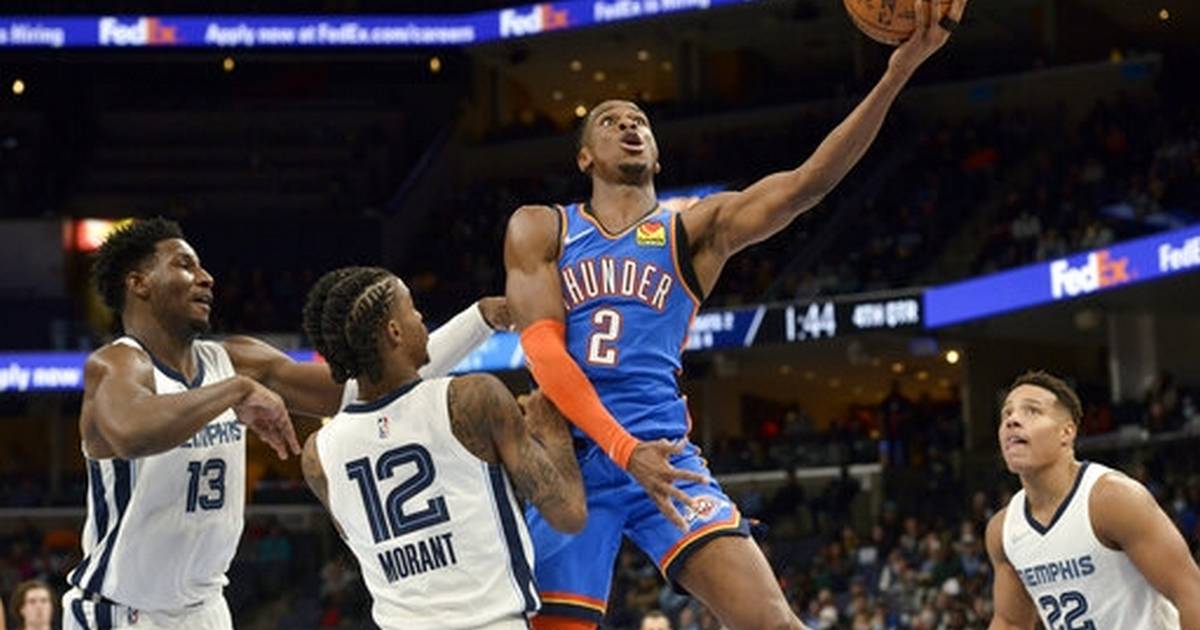 Morant returned from injury and the league’s COVID-19 protocols after a 12-game absence and finished with 16 points. Desmond Bane led Memphis with 25 points and Dillon Brooks scored 19.

The last time these teams met, the Grizzlies set an NBA record for margin of victory in a 152-79 thrashing. In the Dec. 2 game – also at FedExForum – Memphis established franchise records for bench points (93) and field goals made (60).

It appeared as if the Grizzlies were going to make another run at a lopsided win at the outset.

Memphis took advantage of poor shooting by the Thunder to build a 16-point lead early in the first half. The Thunder missed 12 of their first 14 shots and trailed 39-23 with eight minutes left in the second quarter.

The Grizzlies failed to capitalize, and the Thunder rebounded. Memphis went five minutes without a field goal shortly afterward and Oklahoma City rallied. With 1:17 to go before the half, the Thunder tied it at 45 on Giddey’s corner 3.

Oklahoma City surged ahead 69-60 late in the third quarter as Luguentz Dort recovered from 1-for-9 shooting in the first half. Dort made three 3-pointers in the quarter, and the Thunder briefly led by 10 points before ending the period with a 74-72 advantage.

Grizzlies: Point guard Tyus Jones did not play because a sprained right finger. Jones started during Morant’s 12-game absence. … Center Steven Adams had 12 rebounds in the first eight minutes of the opening quarter, the most by a player in a single quarter this season. He finished with 14.

Thunder: Darius Bazley did not start for the second consecutive game. He was demoted before Saturday’s 104-103 win over the Clippers. Bazley is averaging 8.6 points, down from the 13.7 he averaged last season.