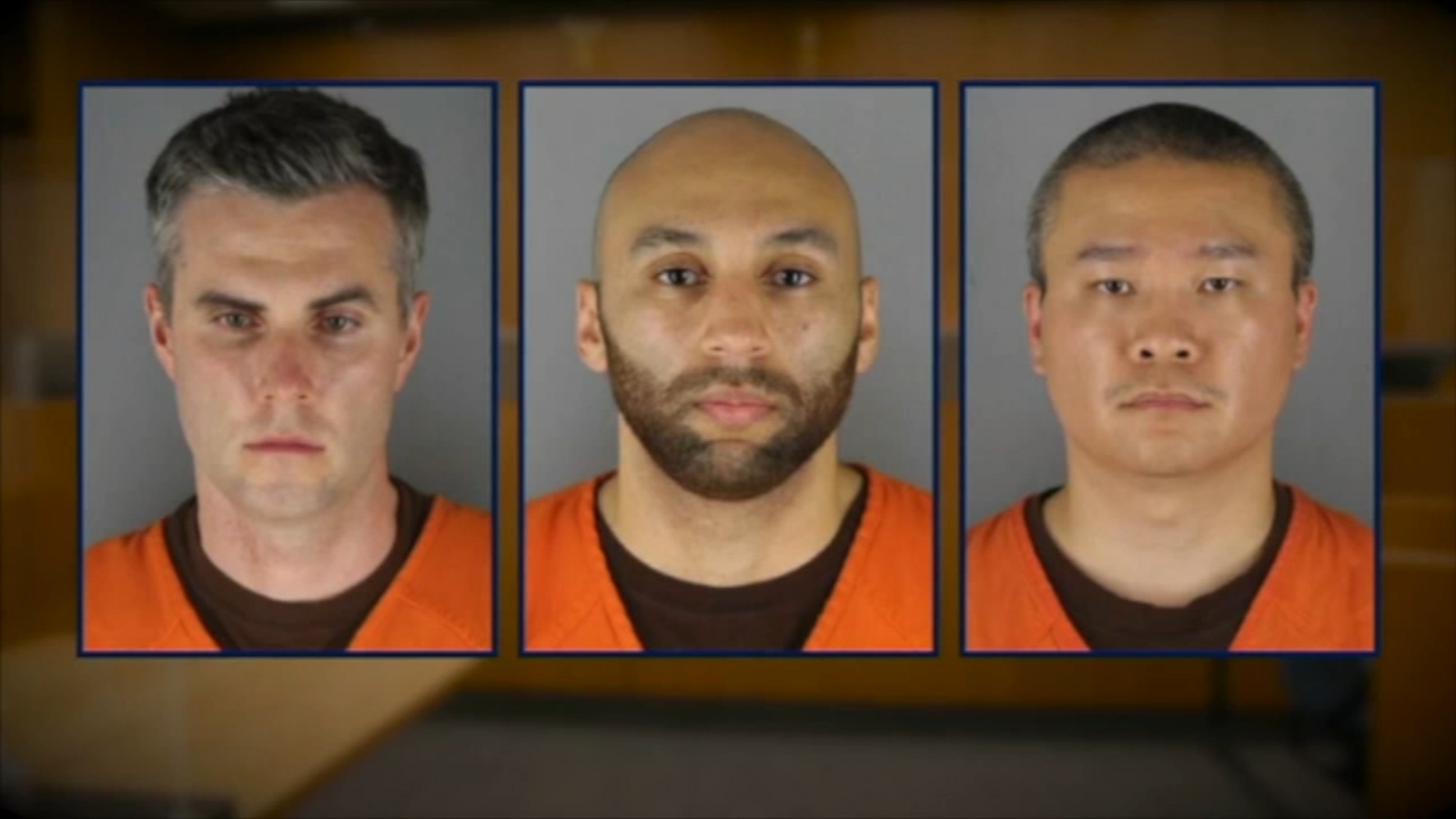 One defense attorney countered that Chauvin called “all of the shots” as the senior officer at the scene, and criticized the Minneapolis Police Department for doing too little to train officers to intervene when a colleague should be stopped.

Former Officers J. Alexander Kueng, Thomas Lane and Tou Thao, are broadly charged with depriving Floyd of his civil rights while acting under government authority. Floyd died on May 25, 2020, after Chauvin pressed him to the ground with his knee on Floyd’s neck for 9 1/2 minutes while the 46-year-old Black man was facedown, handcuffed and gasping for air. Kueng knelt on Floyd’s back and Lane held down his legs. Thao kept bystanders from intervening in the videotaped killing that triggered worldwide protests, violence and a reexamination of racism and policing.

“For second after second, minute after minute, these three CPR-trained defendants stood or knelt next to officer Chauvin as he slowly killed George Floyd right in front of them,” prosecutor Samantha Trepel told jurors during opening statements. “They chose not to protect George Floyd, the man they had handcuffed and placed in their custody.”

Tom Plunkett, the attorney for Kueng, highlighted the rookie status of his client and Lane. He said both men deferred to Chauvin and called him “sir.”

“You’ll see and hear officer Chauvin call all of the shots,” Plunkett said.

Kueng, who is Black; Lane, who is white; and Thao, who is Hmong American, are all charged for failing to provide Floyd with medical care. Thao and Kueng face an additional count for failing to stop Chauvin, who was convicted of murder and manslaughter in state court last year. Both counts allege the officers’ actions resulted in Floyd’s death.

“We will ask you to hold these men accountable for choosing to do nothing and watch a man die,” Trepel said.

Attorneys for both Kueng and Thao noted that prosecutors must prove Kueng, Lane and Thao willfully violated Floyd’s constitutional rights.

Trepel said videos will show Thao stood directly next to Chauvin, but instead of intervening, he taunted Floyd for using drugs, telling bystanders, “This is why you don’t” use drugs.

She said Kueng “never once” told Chauvin to get off Floyd, even after Floyd stopped struggling and even after Kueng twice could not find a pulse. Instead, she said, Keung remained kneeling on Floyd.

Lane asked if they should roll Floyd onto his side – something all of the officers were trained to do – but Kueng shot down Lane’s question and said, “No, just leave him,” and Chauvin agreed, Trepel said.

Last week, 18 people were swiftly chosen for the jury; 12 will deliberate and six will be alternates. Two of the jurors – one expected to deliberate and one alternate – appear to be of Asian descent. The rest appear to be white. The jurors include people from the Twin Cities area, the suburbs and southern Minnesota. The court declined to provide demographic information.

Federal prosecutions of officers involved in on-duty killings are rare. Prosecutors face a high legal standard to show that an officer willfully deprived someone of their constitutional rights. Essentially, prosecutors must prove that the officers knew what they were doing was wrong, but did it anyway.

U.S. District Judge Magnuson told jurors that the trial could last four weeks. It’s not known whether any of the three officers will testify. It’s also not clear whether Chauvin will testify, though many experts who spoke to The Associated Press believe he won’t.

Lane, Kueng and Thao also face a separate state trial in June on charges they aided and abetted both murder and manslaughter.
___