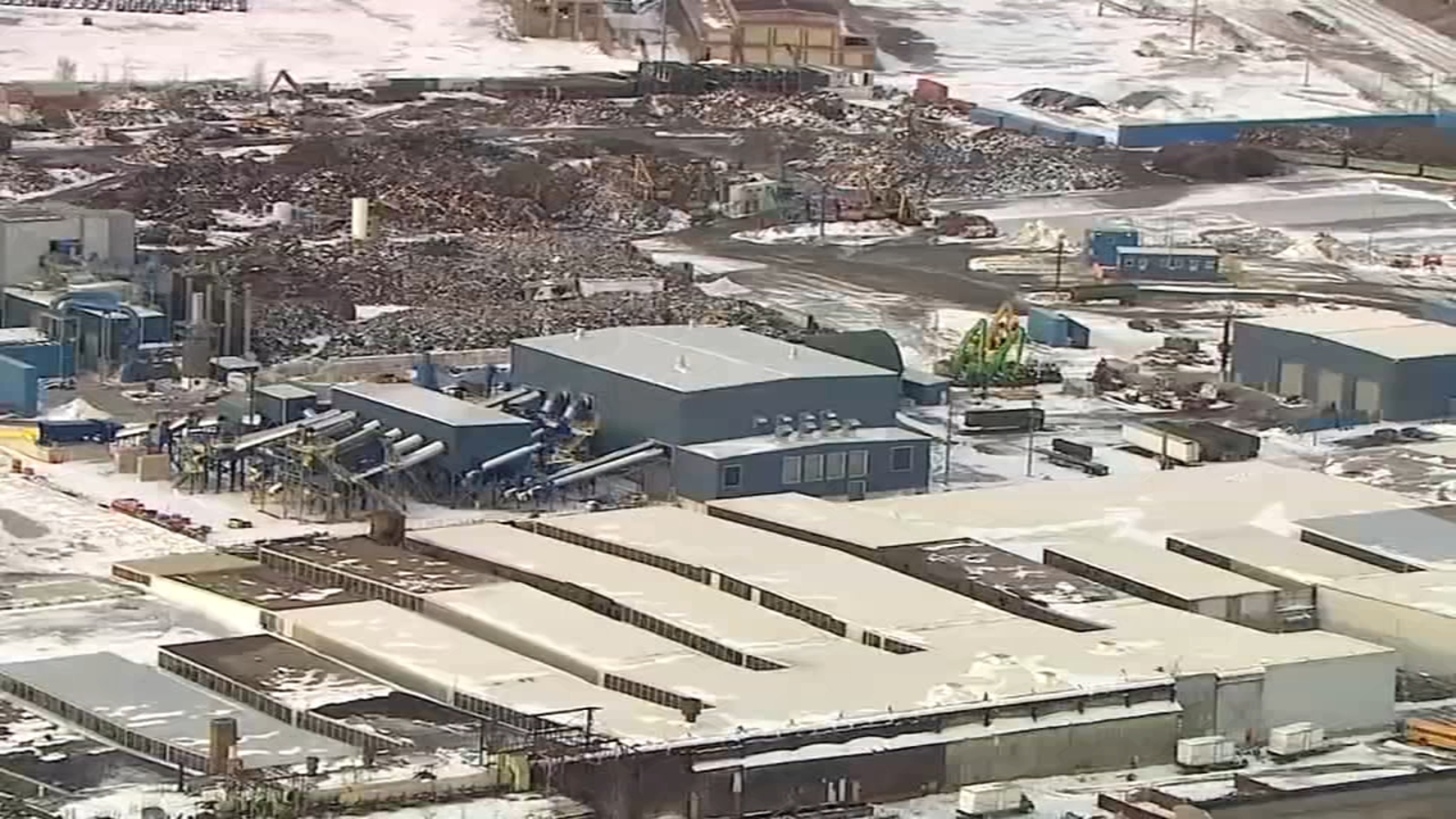 CHICAGO (WLS) — The city of Chicago has denied a permit for a metal shredding company that was planning to move its scrapyard from Chicago’s Lincoln Park neighborhood to the Southeast Side.

For nearly three years, opponents fought that permit by holding rallies outside the mayor’s house and even staging a hunger strike.

There was jubilation outside city hall Friday as dozens of Southeast Side residents and activists embracing the moment – and each other.

“It’s a big victory for our right to breathe and live and work in healthy communities,” said Amalia NietoGomez, with Alliance of the Southeast.

They rallied after the city denied a permit on environmental grounds to Southside Recycling for a vehicle shredding facility at East 116th Street along the Calumet River.

The company, formerly known as General Iron, used to operate in Lincoln Park and opponents viewed its relocation from an affluent area to a largely-minority Southeast Side neighborhood as a form of racism.

Last year, the city appeared close to granting Southside a permit, only to halt the process after the federal government requested a more detailed environmental study.

In rejecting the permit, the Chicago Department of Public Health said the study found “potential adverse changes in air quality and qualityof life that would becaused by operations.”

In a statement, Southside’s parent company said: “Politics, not environmental or public health protection, is the only reason that the city denied Southside Recycling’s permit to operate.”

City officials also cited past environmental violations by the company. Southside is suing the city seeking damages of more than $100 million.

RMG STATEMENT ON CITY OF CHICAGO’S DECISION TO DENY FINAL PERMIT FOR SOUTHSIDE RECYCLING
We have built the most environmentally conscious metal recycling facility in the country, but politicians and government officials have ignored the facts and instead were cowed by persistent false narratives and misinformation aimed at demonizing our business. What should have been an apolitical permitting process was hijacked by a small but vocal opposition that long ago made clear they would unconditionally oppose this facility, facts and science be damned. Politics, not environmental or public health protection, is the only reason that the city denied Southside Recycling’s permit to operate.

Experts repeatedly determined that Southside Recycling would not threaten public health or environmental justice efforts. When the Illinois EPA completed its exhaustive review process and issued our state air permit in June 2020, its efforts were lauded by career professionals at the U.S. EPA for
taking a rigorous approach to community engagement and environmental justice considerations. And the City’s own health experts, using intentionally inflated parameters to overstate the effects of the operation, still concluded that the facility poses no risk of adverse health effects above the benchmarks defined by the U.S. EPA.

We will continue to pursue all avenues to challenge this decision, including pressing our lawsuit against the city, which will likely result in taxpayers being on the hook for hundreds of millions of dollars in damages. Aside from the litigation, this decision is a clear message to any businesses or industries that might be considering expansion or investment in Chicago: the city is not a reliable partner and is not open for business. Chicago has loudly stated that politics – not signed agreements, its own laws and regulations, nor actual protection of human health and the environment – is the ultimate consideration in all matters.