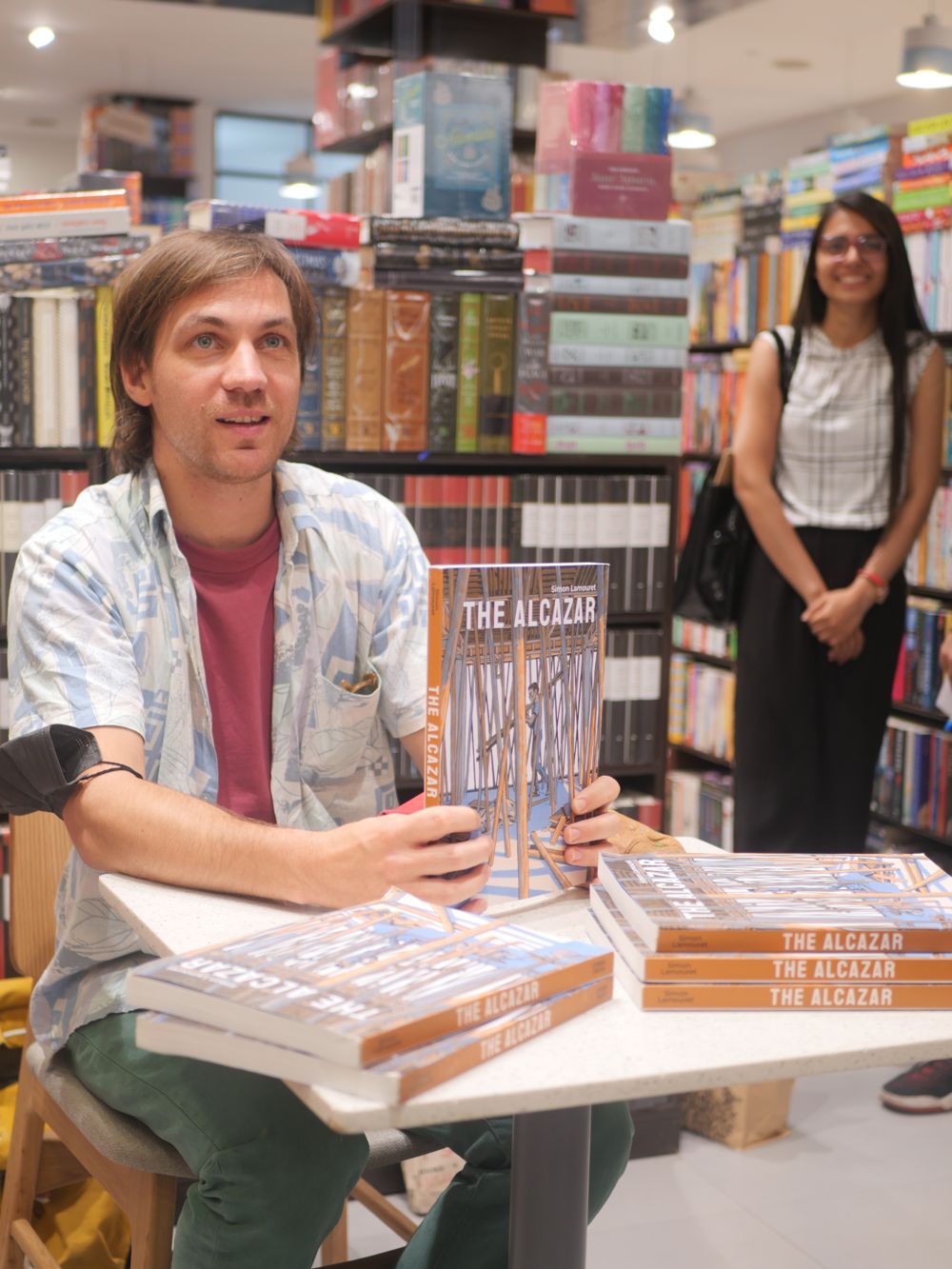 This is Simon Lamouret (34), whose bio on social media platform Behance leaves one guessing. Meet him and he says he is at a crossroads. “This allows me to take on any role I deem fit,” says Lamouret, a native of Toulouse, France.

His graphic novel “The Alcazar” gives a better sense of what he means – an insight into his method. He observes, makes a mental note of things, draws them out, weaves a story around it and keeps himself out of the frame.

He gave a little peep into his style during a workshop on “Initiation to methods of graphic design” at Alliance Française, Chandigarh, earlier this week.

Lamouret is in India as part of the “Bonjour India” festival and to promote his second book “The Alcazar”. Its title is derived from the name of a residential building in Bengaluru.

“The Alcazar” is a portrait of a city, its people, its underbelly. It is about construction workers or, as Lamouret puts it, “the invisible people”.

Bengaluru, as a frame of reference to India, caught Lamouret’s eye when he was working in the city as a teacher at a design school from 2013 to 2018. In his free time, he would walk around the neighbourhood, meet people, and strike a conversation with the help of his friend and “thoda thoda” Hindi he picked up during his stay in India.

“There is chaos all around us. How to make sense of it? Graphic illustrations allow me to organise this chaos. This medium gives me the freedom to sniff at things that have been kept away from us and ‘visibilise’ the invisible,” says Lamouret, who draws inspiration from real-life people.

His first graphic novel was also on Bengaluru. It was titled “Bangalore”, an anecdotal story about the city in a state of flux.

“I am trying to become a graphic novelist, making an attempt to recreate something that is plausible,” says the French illustrator, who has an eye for detail, ear to the ground and knows where to draw the line. These days, he is working on his third book.

In “The Alcazar”, there is a vivid interplay of orange and blue – “the two colours that represent Bangalore”. What about Chandigarh? “Green and red,” Lamouret quips. Green, we understand. But red? Let’s leave it open to interpretation.