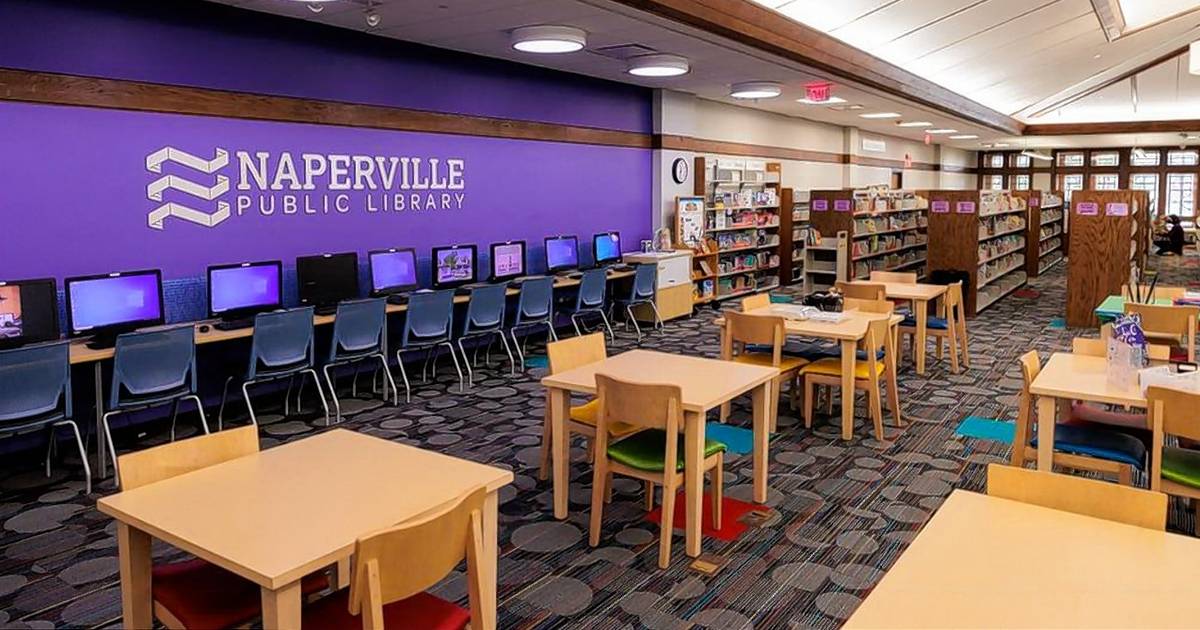 As much as Dave Della Terza loves the new logo, he believes the rebranding of the Naperville Public Library represents much more.

To the library’s executive director, it’s about remaining vital to the community.

“When I started as director (in 2019), this was something I kind of had on the radar and something I wanted to look at,” he said. “Hopefully, we’ll grab people’s attention if they haven’t thought of us in a while.”

Library officials unveiled the new look a few weeks ago after they last year hired a consulting firm, Virginia-based Joy Riot, to lead the project. The Naperville Library board approved $25,000 to pay for the consulting services, while implementation of the rebranding across all three locations was worked into the existing 2022 operating budget.

At the heart of the rebranding is the new logo featuring three vibrantly colored curved lines — purple, green and orange to represent wisdom and imagination, stability and harmony, and creativity and enthusiasm — sitting atop each other. It’s the library’s first logo change since the 1990s.

The three lines can be viewed as N’s, not only representing Naperville but also the individual Nichols, Naper Boulevard and Ninety-Fifth Street locations. They also could look like the shape of a book.

Della Terza said the rebranding will take place in nearly every element of library functions to maintain a cohesive message. Whether it’s through social media or mailers, it’ll be evident everywhere.

“Looking at how we’re getting that message out and the branding was a key way to get started,” he said. “We needed to raise awareness about our services.

“Something I hear a lot from people is, ‘Oh, I didn’t know the library did that,'” he said. “Marketing is something I really wanted to improve upon and get the word out about all the great stuff we’re doing.”

Della Terza said the tone of the staff and the environment of the facilities will play an important role in the rebranding. A term he heard from the Joy Riot consultants — “approachable experts” — stood out to him.

As community members take another look at the Naperville Library, it’s a term he’s embracing.

“It’s like the logo and the way it all comes together,” he said. “It looks professional, but it also looks fun. We’re approachable experts, but we’re fun. This is a nice place to be.”