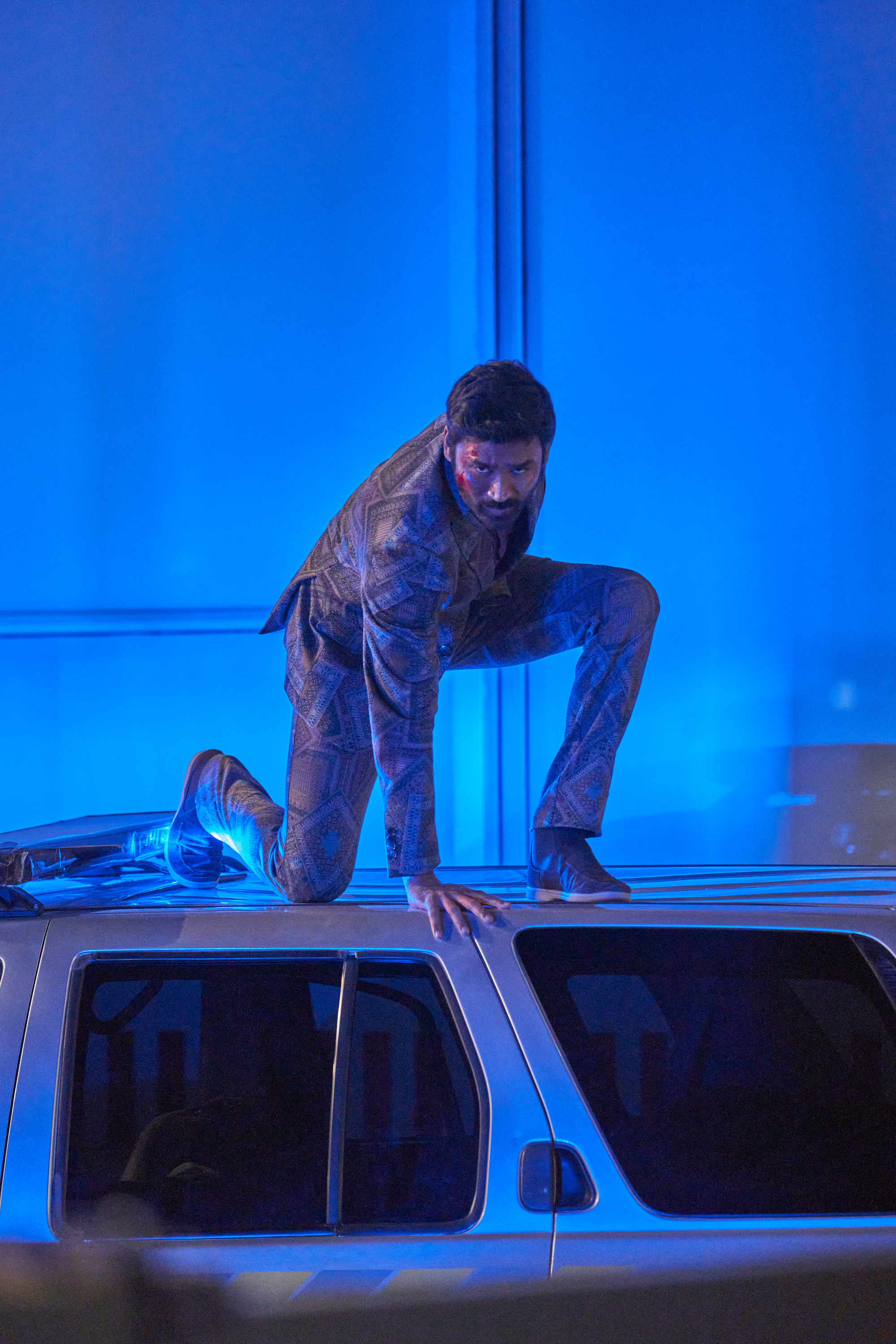 Dhanush is all set to make his Hollywood debut, as he will be working with Avengers makers, Russo Brothers, for his upcoming film, The Gray Man. The actor will be starring alongside Ryan Gosling, Chris Evans, Ana de Armas, Rege-Jean Page, Jessica Henwick, Billy Bob Thornton and Wagner Moura. Giving his fans a pleasant treat, Dhanush has unveiled his first look from the movie. In the picture, it seems like Dhanush has crash-landed on the top of a car and his face is covered in blood.

He is seen wearing a printed grey suit, sporting a fierce look and an intense gaze. While sharing it on Instagram, Dhanush wrote, “The gray man #TheGrayMan @NetflixFilm July 22nd on Netflix @therussobrothers.” — TMS