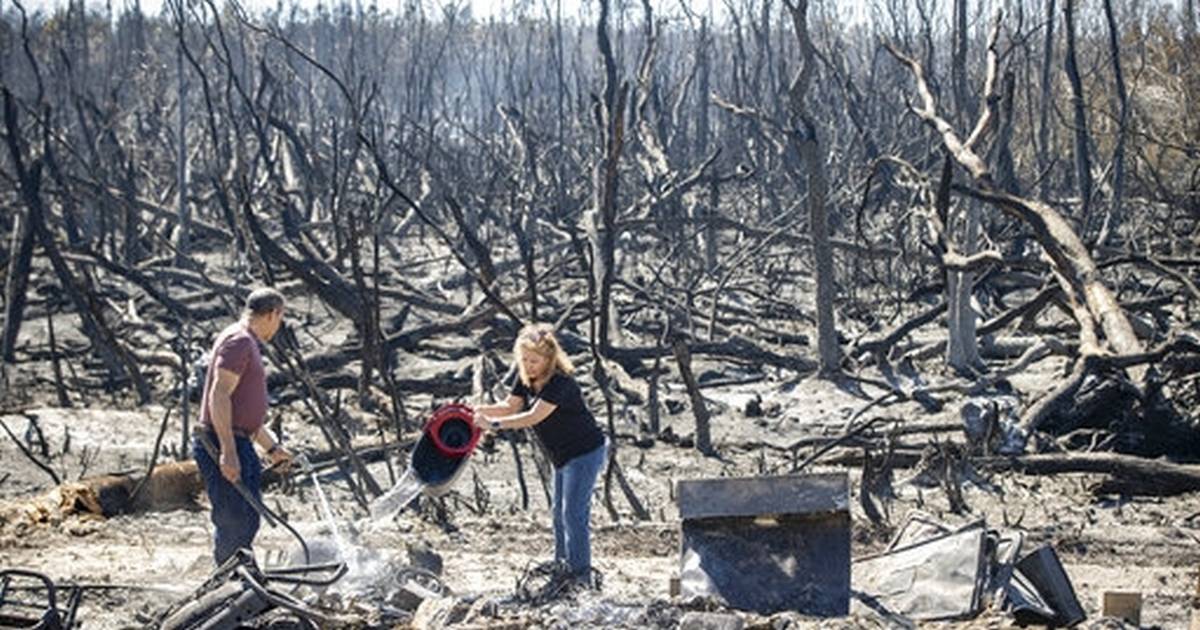 PANAMA CITY, Fla. — Firefighters and emergency workers battled two massive wildfires Sunday in an area of the Florida Panhandle that was still recovering from destruction caused by a Category 5 hurricane more than three years ago.

The 8,000-acre (about 3,237 hectare) Bertha Swamp Road fire and the 1,400-acre (567-hectare) Adkins Avenue fire threatened homes and forced the evacuation of hundreds of residents in Bay County, Florida over the weekend. The Adkins Avenue fire destroyed two structures and damaged another 12 homes late Friday. Local emergency official said no homes were destroyed and there were no injuries on Saturday, the second day of battling the Adkins Avenue fire.

Local authorities said they didn’t know when residents would be able to return to their homes.

‘It is NOT safe to return home at this time. Please be patient as first responders battle these dangerous fires,” Bay County officials posted online.

The Adkins Avenue fire has been burning in Bay County since Friday, forcing the evacuation of at least 600 homes, and it was 30% contained Sunday morning. The much-larger Bertha Swamp Fire started in neighboring Gulf County on Friday but spread to Bay and Calhoun counties on Saturday, forcing even further evacuations. It was 10% contained as of Sunday morning.

Hurricane Michael in 2018 was directly responsible for 16 deaths and about $25 billion in damage in the U.S., and it left behind 72 million tons of destroyed trees that have provided fuel for the Bay County wildfires, according to the Florida Forest Service.

. Currently, there are nearly 150 wildfires burning more than 12,100 acres (about 4,900 hectares) throughout Florida.