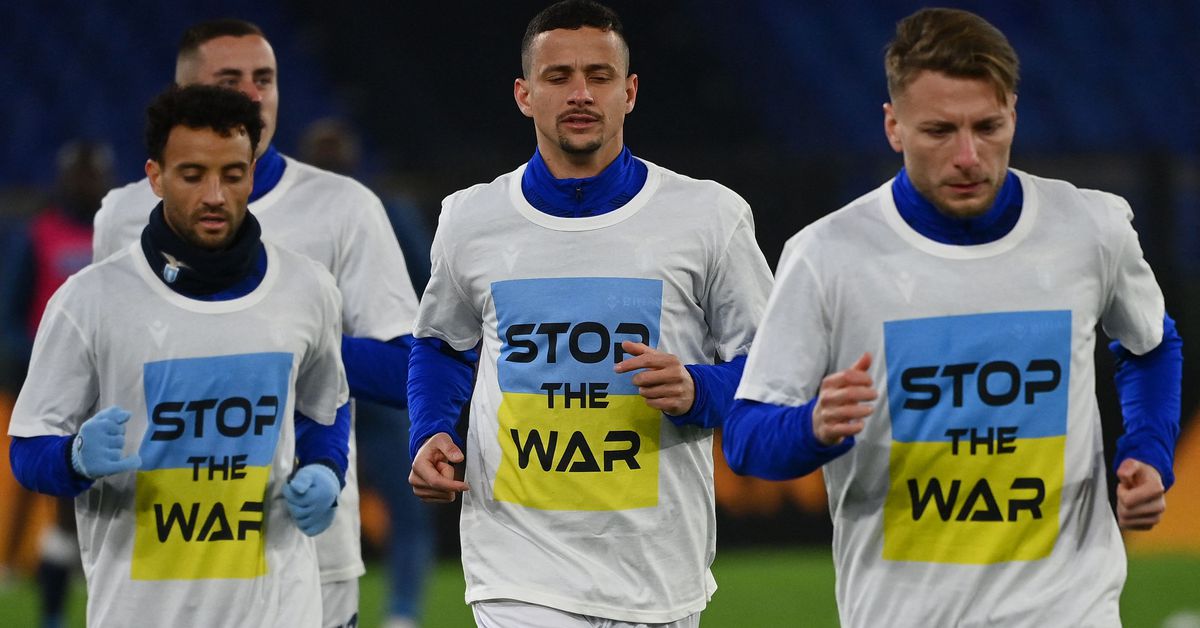 GENEVA — In a sweeping move to isolate and condemn Russia after invading Ukraine, the International Olympic Committee urged sports bodies on Monday to exclude the country’s athletes and officials from international events.

The IOC said it was needed to “protect the integrity of global sports competitions and for the safety of all the participants.”

“Football is fully united here and in full solidarity with all the people affected in Ukraine,” FIFA and UEFA said. “Both presidents hope that the situation in Ukraine will improve significantly and rapidly so that football can again be a vector for unity and peace amongst people.”

The World Cup is scheduled to begin on Nov. 21 in Qatar.

The Olympic body’s call for banishment also applied to athletes and official from Belarus, which has abetted Russia’s invasion by allowing its territory to be used to station troops and launch military attacks.

The IOC said it acted “with a heavy heart” but the impact of war on Ukrainian sports outweighed the potential damage done to athletes from Russia and Belarus.

It was not a total blanket ban by the IOC. Where exclusion was “not possible on short notice for organizational or legal reasons,” then teams from Russia and Belarus should compete as neutral athletes with no national flag, anthem or symbols, including at the upcoming Winter Paralympics in Beijing.

The IOC also withdrew the Olympic Order it gave Vladimir Putin in 2001, and other Russian officials since.

Sports bodies across Europe had already moved against Russia on Monday by refusing to host or play against teams from the country.

Finland wants the Russian hockey team to be banned from the men’s world championships it will host in May, the Swiss soccer federation said its women’s team will not play Russia in July at the European Championship, and German soccer club Schalke said it had decided to end its longstanding partnership with Russian state-owned energy giant Gazprom.

In hockey, the sport’s governing body has come under pressure from Finland and Switzerland to ban Russia and Belarus, which are both due to play at the world championships in May in Helsinki and Tampere.

Finnish Hockey Association chairman Harri Nummela said in a statement Monday it had talks with the Zurich-based IIHF to exclude the two countries from the sport internationally.