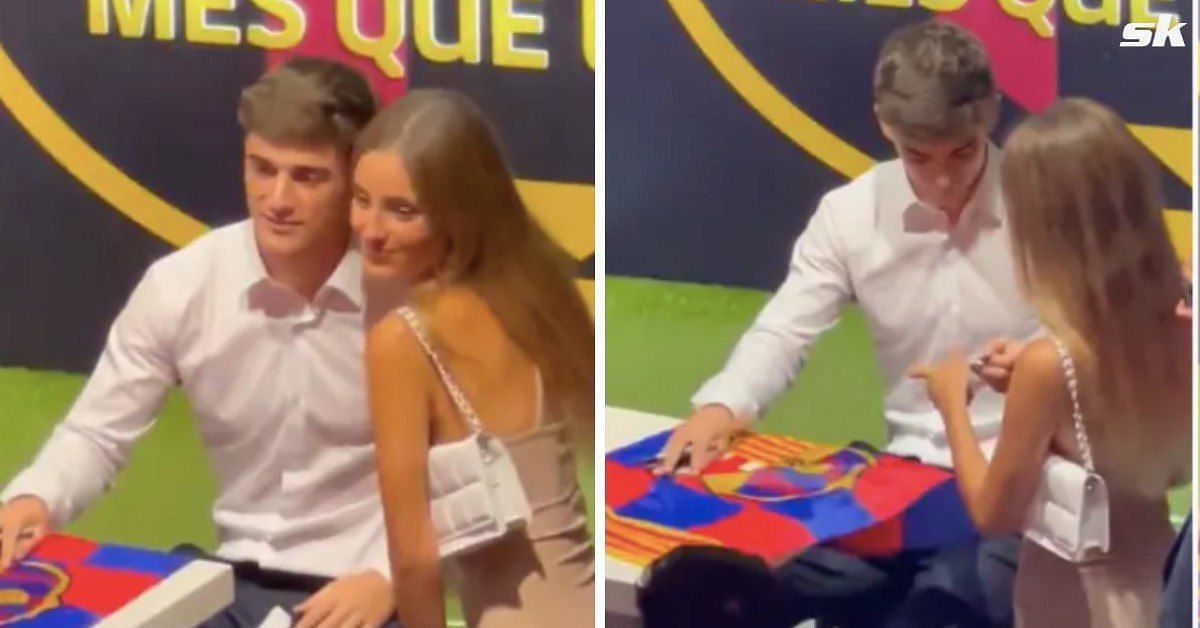 A female fan seemingly gave her phone number to Barcelona starlet Gavi during his contract signing ceremony on Thursday (September 15).

A day after the official confirmation, Barcelona held a special contract signing ceremony for Gavi at Camp Nou, where fans could come in and meet the rapidly-ascending midfielder. As noted by Sportbible, a female fan attended the ceremony and approached Gavi to get her Barca flag signed. Once Gavi was done signing her flag, she proceeded to hand him a little piece of paper, which presumably had her phone number.

Fan appears to give Barcelona sensation Gavi her phone number during contract ceremony!

Gavi hesitated for a second but then accepted the offering before posing for a photograph with her. The clip of the interaction between Gavi and the mystery girl has since gone viral on social media, with many fans lauding her for shooting her shot. The midfielder does not yet have any known romantic affiliations. It would be interesting to see if his status changes in the aftermath of Thursday’s incident.

Gavi, who made his Barcelona debut in a 2-1 La Liga win over Getafe in August 2021, has represented the Blaugrana 53 times across competitions so far. He has two goals and six assists to his name. Gavi also has 10 international caps with Spain (1 goal).

Ahead of Barca’s upcoming La Liga matchday clash with Elche (September 17), Gavi has looked back on a special day, the day he scored his first goal for the Blaugrana.

Coincidentally, it came against the same team he will face this weekend, with his 19th-minute strike helping the Catalans to a 3-2 win at Camp Nou. Revisiting last year’s (December 17, 2021) performance against Elche, Gavi said (via Barca Blaugranes):

“I remember last season’s game against Elche very fondly. I fulfilled one of my dreams I had since I arrived, celebrating scoring a goal with the fans of the best club in the world. I will never forget that day.”