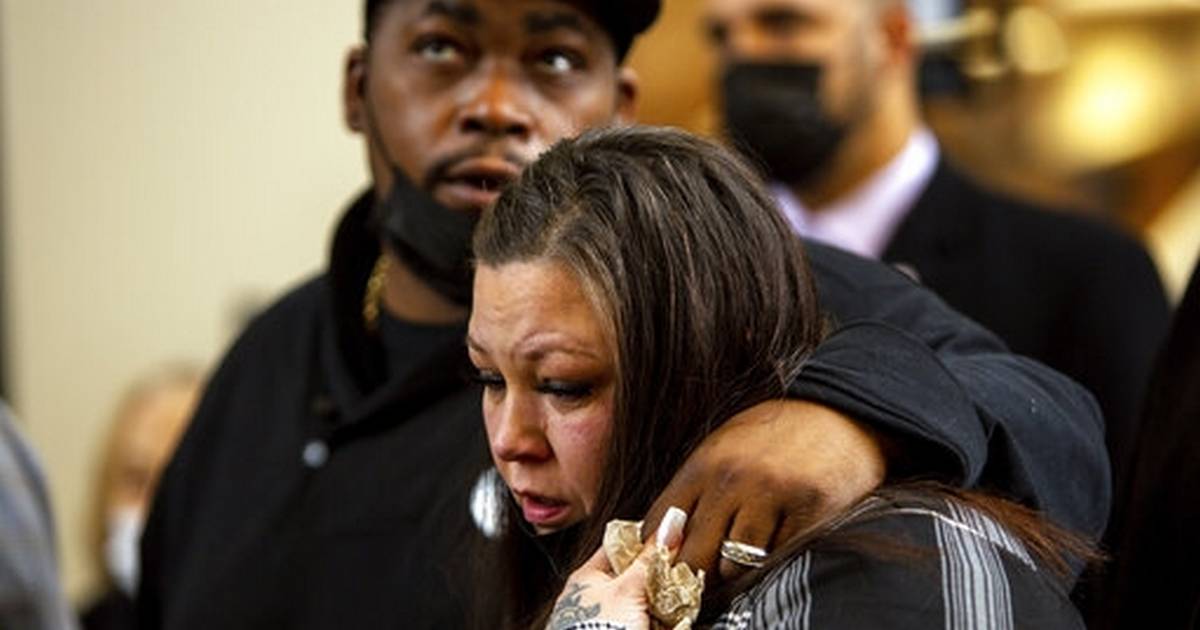 MINNEAPOLIS — The former suburban Minneapolis police officer who said she confused her handgun for her Taser when she killed Daunte Wright will be sentenced Friday for manslaughter.

Kim Potter was convicted in December of both first-degree and second-degree manslaughter in the April 11 killing of Wright, a 20-year-old Black motorist. She’ll be sentenced only on the most serious charge of first-degree murder, which carries a presumptive penalty of just over seven years in prison.

Prosecutors have said the presumptive sentence is proper, while the defense is asking for a lesser sentence, including one of probation only.

Potter is expected to make a statement at her sentencing hearing before Judge Regina Chu, and her attorneys also plan to read statements from others who support her. The state is planning to present victim-impact statements, in which victims and family members can talk about how Wright’s death affected them.

Wright was killed after Brooklyn Center officers pulled him over for having expired license tags and an air freshener hanging from his rearview mirror. The shooting, which came in the midst of Derek Chauvin’s trial on murder charges in George Floyd’s killing, sparked several days of demonstrations outside the Brooklyn Center police station marked by tear gas and clashes between protesters and police.

Evidence at Potter’s trial showed officers learned he had an outstanding warrant for a weapons possession charge and they tried to arrest him when he pulled away. Video showed Potter shouted several times that she was going to tase Wright, but she had her gun in her hand and fired one shot into his chest.

For someone with no criminal history, such as Potter, the state sentencing guidelines for first-degree manslaughter call for a penalty ranging from slightly more than six years to about 8 1/2 years in prison, with the presumptive sentence being just over seven years.

Prosecutors initially argued that aggravating factors warranted a sentence above the guideline range. They said Potter abused her authority as an officer and that her actions caused a greater-than-normal danger to others.

There is no indication in the court record that they have formally withdrawn that argument, but in a new document they say the presumptive sentence is proper and ‘takes into account the main elements of the conviction: the death of Daunte Wright and Defendant’s recklessness.”

Defense attorneys, in seeking a lighter sentence, have argued that Wright was the aggressor and that he would be alive if he had obeyed commands. Their argument for probation said she has no prior record, is remorseful, has had an exemplary career and has the support of family and friends. They also said her risk of committing the same crime again is low because she is no longer a police officer, and they said she would do well on probation.

Prosecutor Matt Frank disagreed, but wrote that if the court finds prison isn’t warranted, Potter should get 10 years of probation and be required to spend a year in jail, speak to law enforcement about the dangers of weapons confusion, and speak to Wright’s family about their loss if they want her to do so.

Frank also disagreed with defense arguments that Potter should be given a sentence that goes below the guideline range. If the court finds that Potter’s case is less serious than the typical first-degree manslaughter case, he wrote, the court should issue a sentence between four and slightly over seven years, the presumptive sentences for second-degree and first-degree manslaughter.

In Minnesota, it’s presumed that inmates who show good behavior will serve two-thirds of their sentence in prison and the rest on supervised release, commonly known as parole. That means if Potter gets the roughly seven-year presumptive sentence, she would serve about four years and nine months in custody, with the rest on parole.

Potter has been at the state’s women’s prison in Shakopee since the guilty verdict.