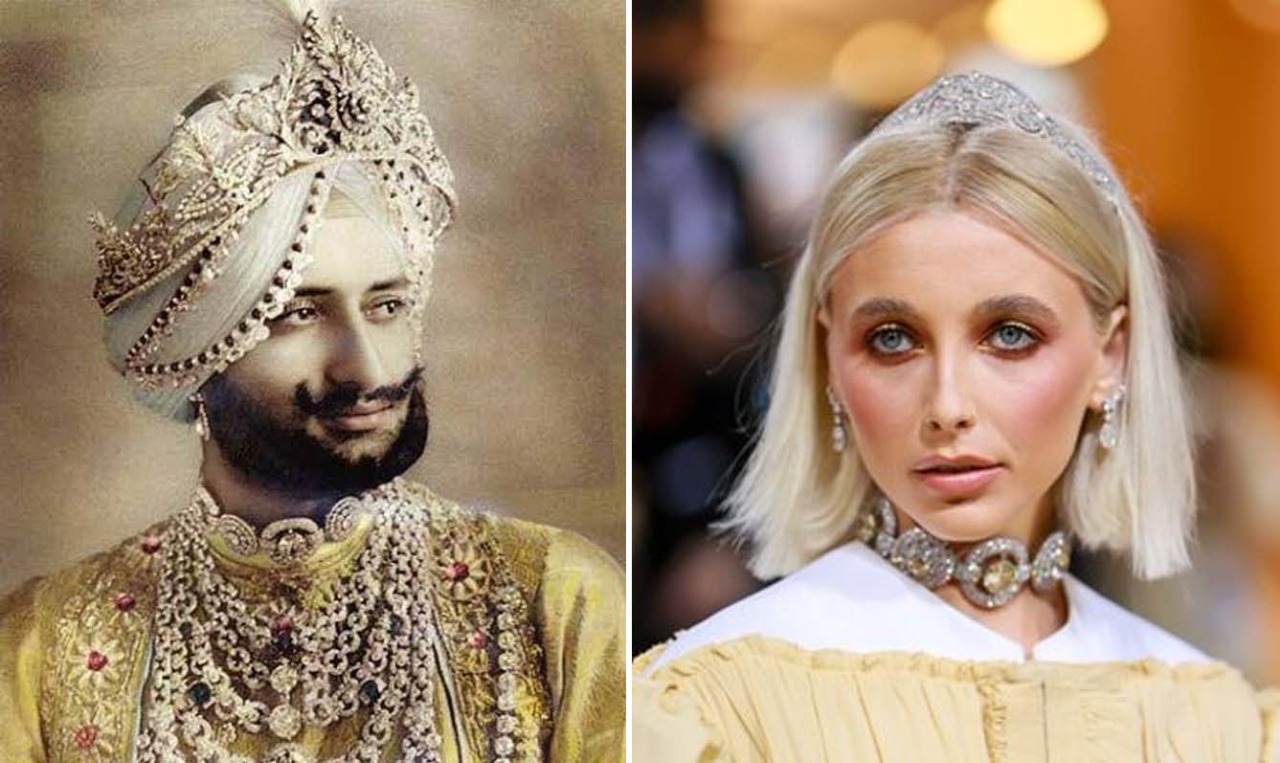 Emma Chamberlain wearing Maharaja of Patiala’s diamond choker to Met Gala 2022 did not seem to go down well with the general public for which she faced criticism.

The YouTuber wore the choker with a Louis Vuittion dress, reports Entertainment Times.

Chamberlain is the ambassador of Cartier jewels. The Maharaja had commissioned Cartier to make the heirloom piece with the De Beers diamond as the centrepiece and it was completed around 1928.

It was famously known as the Patiala Necklace. It went missing for a certain period of time before reappearing in London and being “re-bought” by Cartier. However, the allegations of the choker having been “stolen” at some point have not so far been substantiated.

Below are a few reactions.

So i just found out emma chamberlain wore the maharaja of patiala’s necklace at the met gala… this is wayyy worse than kim wearing marilyn monroe’s dress. It has a deep and painful history attached to it. Very on theme, nothing screams gilded glamour quite like expropriation pic.twitter.com/XqqHwqusdU

I think that choker emma chamberlain wore should be in a museum, sure it has a dark history but idk….it feels odd to see something historically important thing (albeit a dark one) around a rando influencer’s neck

so, news just broke out that emma chamberlain wore the maharaja of patiala’s cartier diamond choker to the met gala, and as someone both sikh and punjabi, it doesn’t sit right with me. it was stolen, “re-acquired” by cartier, sure. [1]