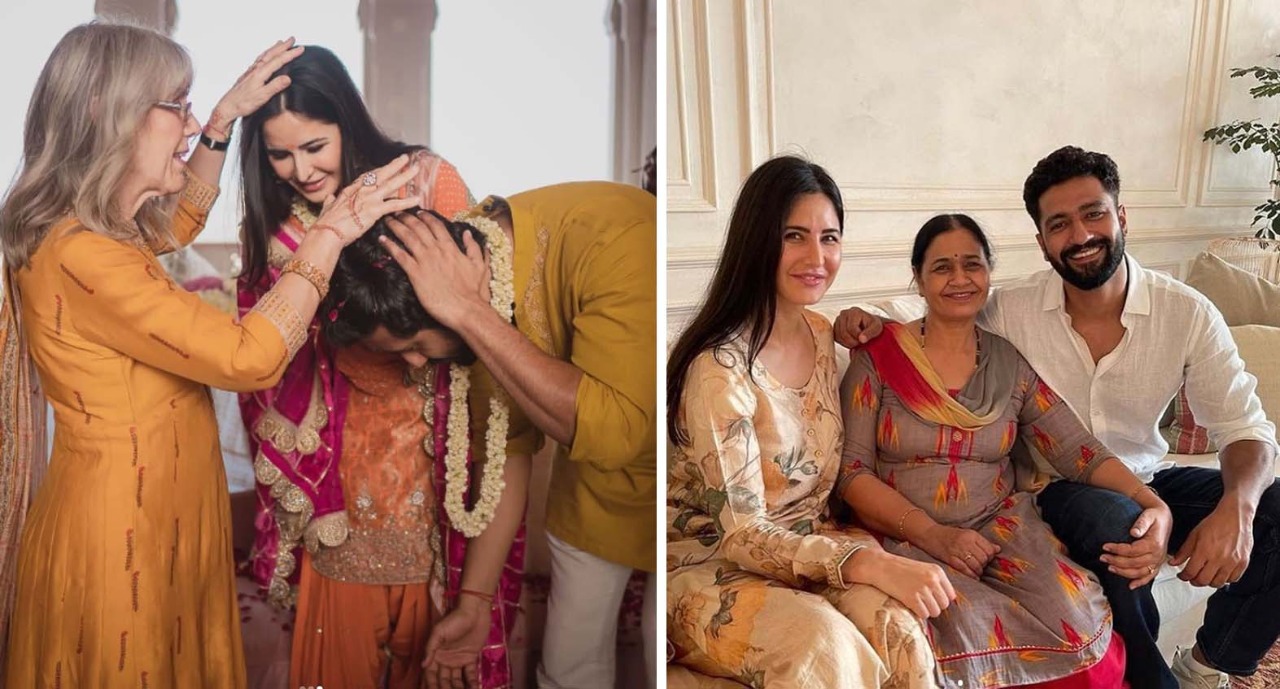 On this day, the world is celebrating mothers for all the love and care they give their children every day. Just like everyone, star couple Vicky Kaushal and Katrina Kaif are also delighted to have not one but two mothers. They made sure to express their gratitude and love for Veena Kaushal and Suzanne Turqotte.

Vicky shared pictures of his mother Veena and one with his mother-in-law Suzanne. The Uri: Surgical Strike actor took to his Instagram handle to post some unseen photos from his wedding celebrations. There’s a picture, from what seems like his baraat, where Veena is dancing next to him. In another photo, he is sitting in prayer with his eyes closed and hands folded, there’s a mala on his neck and his mother is kissing him on the cheek. The adorable photo shows the sweet bond this mother-son duo shares.

On their first Mother’s Day after marriage, Vicky made sure to post a beautiful photo with his mother-in-law Suzanne. In the photo, Vicky and Katrina are taking blessings of Suzanne.

Even Katrina shared two adorable photos with both her moms. In the first shot, she is standing with her mother Suzanne and in the second picture. The second click has Katrina and Vicky sitting on either side of Veena. She wrote, “Mother’s Day (heart emojis)” in the caption.

Here are the photos:

On the work front, Katrina has Phone Bhoot with Siddhant Chaturvedi and Ishaan Khatter. She will also be seen in Jee Le Zaraa with Priyanka Chopra and Alia Bhatt. Vicky Kaushal also has a packed schedule with Sam Bahadur, Govinda NAam Mera and Immortal Ashwatthama in the pipeline.