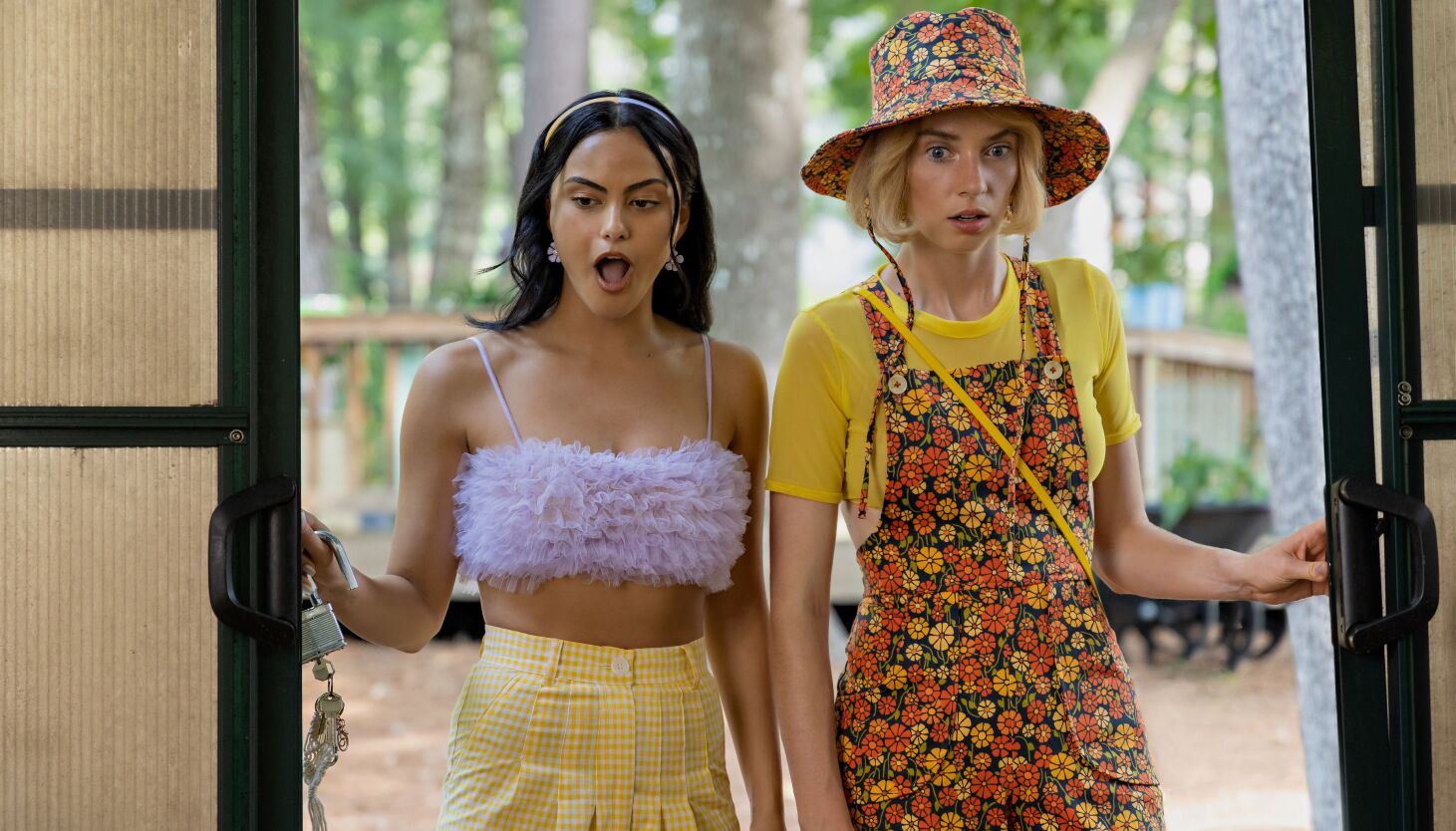 The long and sometimes hilariously obvious record of actors who are way too old to be playing high schoolers includes some of the cast members of films such as “Grease,” “Clueless,” “Mean Girls,” “The Amazing Spider-Man” and “Ferris Bueller’s Day Off,” and series such as “Glee,” “Gilmore Girls,” “Friday Night Lights” and “Euphoria” — and we can now add the Netflix original film “Do Revenge” to the list, as virtually everyone with a speaking role in this movie looks like they should be getting ready for their 10-year reunion rather than senior year.

Director/co-writer Jennifer Kaytin Robinson (who co-wrote “Thor: Love and Thunder”) has fashioned “Do Revenge” as a modern-day “Strangers on a Train” with nods to the aforementioned “Clueless” and “Mean Girls,” as well as “Heathers” and “Cruel Intentions.” This is a slick-looking film with a gorgeous cast and a sprinkling of funny one-liners, but the dark comedy often falls flat, nearly every character is a one-dimensional cliché and the redemption story defies credibility, even in a well-dressed social satire.

Drea becomes friends with new arrival Eleanor and makes a pact with her to take down each other’s rivals. In Eleanor’s case, that would be Carissa, who outed Eleanor as an alleged sexual predator when they were adolescents in camp; in Drea’s case, that would be pretty much everyone with whom she was once friends. Problem is, the “pranks” Drea and Eleanor pull are often actual, literal crimes, and cause damage that could reverberate for a lifetime, which makes it really, really, REALLY hard to root for these two to emerge victorious and/or see the errors of their ways.

A story about terrible people doing terrible things to other terrible people is a tricky proposition, especially when we’re talking about teenagers who are living in a privileged bubble and should have been taught better. It cannot be redeemed with breezy one-liners, self-referential humor and a hipster soundtrack.