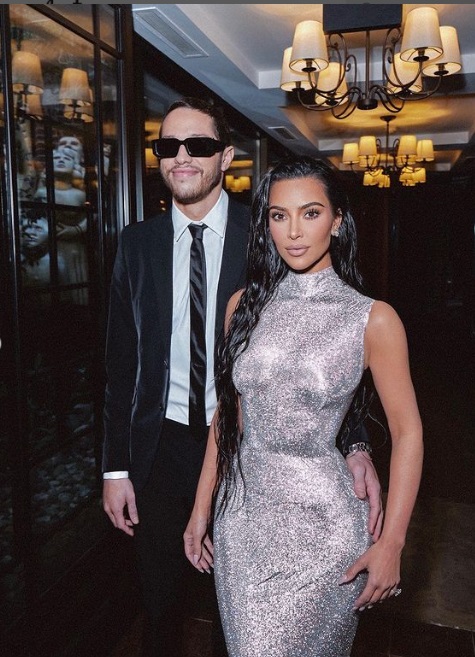 Reality TV star Kim Kardashian, who is dating comedian Pete Davidson, says that her sex life has improved since she celebrated the landmark birthday.

Kim said on the latest episode of ‘The Kardashians’: “When I turned 40, everyone said it’s the best sex of your life. And so far…” She then gave a wink to the camera, and revealed that she just wants to “be happy” in her love life, reports femalefirst.co.uk.

Kim shared: “That’s what I’m doing. That’s what I just keep on saying, happiness, peace, Zen, laughter. It’s all I want and I got it.” The reality TV star also said that her relationship with Davidson is much more “normal” than some people might imagine.

She said: “I never knew you could just be so happy watching TV series or go to the gym, from someone that I never thought would go to the gym or had been to the gym before.” Earlier this year, a source revealed that Kim had fallen “head over heels” in love with Davidson.

The insider explained: “Kim is head over heels for Pete. They are in a great place in their relationship and she is so happy. Her family loves him too.” She feels “light and fun when she’s around” the comedy star. But there’s also a “serious” side to their romance.

The source shared: “Kim is really excited for everybody to continue to watch ‘The Kardashians’ and to see how their relationship unfolds.

“A lot of the origin of their relationship is going to come out. She’s looking forward to fans learning about how they got together and how their chemistry started. Things happened organically between them and they’re both really glad they have each other.” –IANS