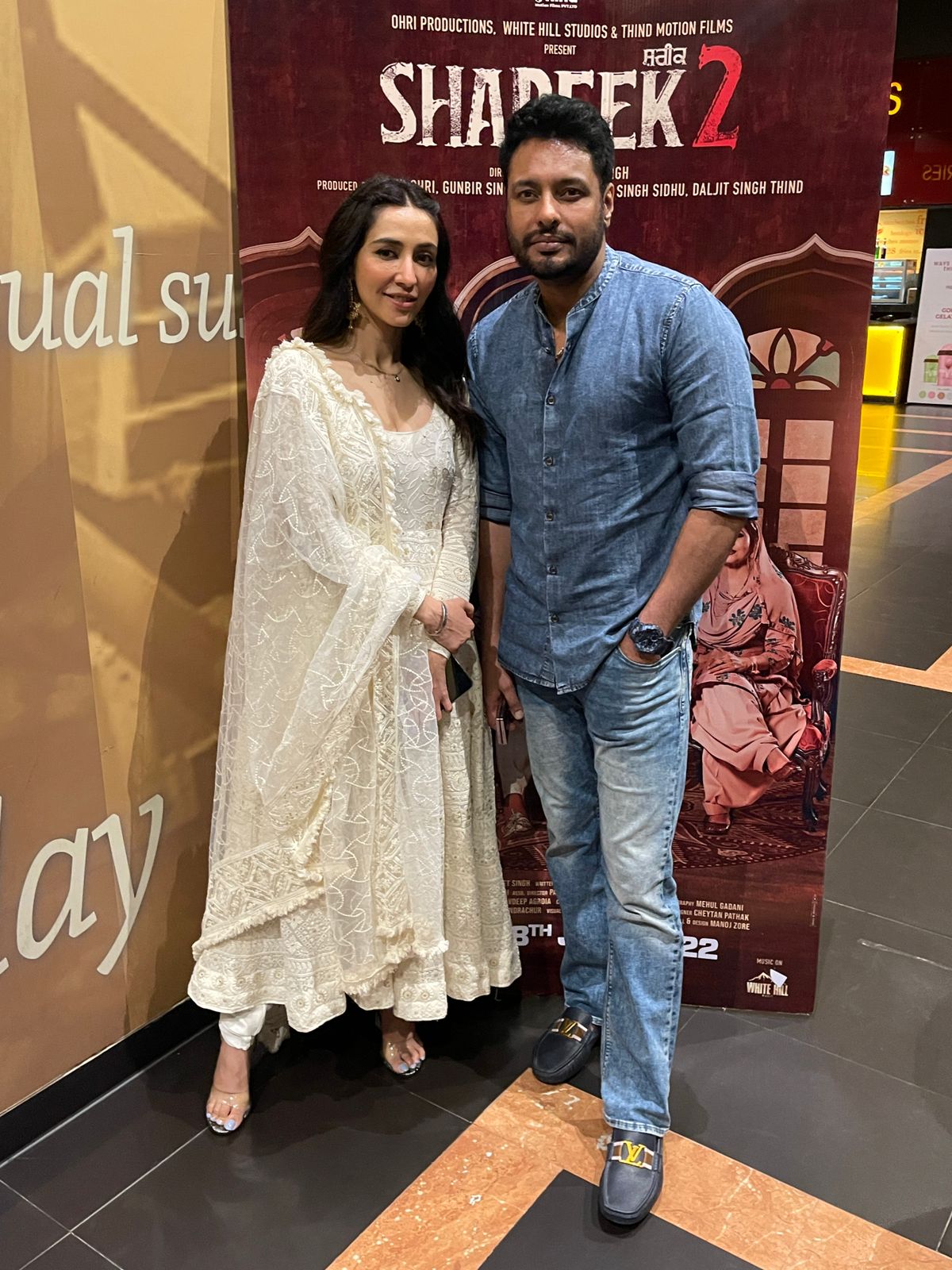 Shareek 2 is one Punjabi movie that got delayed multiple times; first due to the pandemic and then the trailer was withheld for almost two weeks to mourn the death of singer Sidhu Moosewala. A sequel to Jimmy Shergill’s successful Punjabi outing Shareek (2015), Shareek 2 was set to release earlier on June 24, but now it’s finally hitting the theatres on July 8.

Jimmy Shergill will again be seen in the lead role, but this one also offers a parallel lead in Dev Kharoud. The film also marks the debut of lead heroine Sharan Kaur. The actress will be seen romancing both the actors and calls the film a learning curve. She says, “Since we shot during Covid, I have hand-picked my costumes for the role. It was almost as surreal an experience as that of a would-be-bride. It was a long wait, but I am happy that the film is finally releasing. I wish to establish myself in Punjabi cinema and hope that this film is the first step towards it.”

Dev Kharoud adds, “I always wanted to work with Jimmy bhaaji. He has been an inspiration to Punjabi actors and has essayed some great roles. I believe he is the main character with me just filling in as the supporting actor.” There are other talented actors, Yograj Singh, Mukul Dev, Aman Satardhar, Mahavir Bhullar, Amar Noorie, Sunita Dhir and Anita Meet, who will be seen in the movie.

Shareek is set in a village of Punjab and revolves around two stepbrothers, Sardar Jaswant Singh Randhawa, played by Jimmy Shergill, and Gurbaz Singh Randhawa, essayed Dev Kharoud. The movie shows how ancestral land and the greed for possession become the root cause of hatred between brothers.

The film has been directed by Navaniat Singh, who says, “The movie is extremely thought-provoking and is based upon a true story, which will leave the audience speechless.”

“Shareek 2 has a very different storyline and characters. The movie is based upon real-life truths and gives one a strong message, and I am sure the audience will like our efforts,” the director adds.

Dev also informs how he is worried about his next release, Bai Ji Kuttange, a comedy by director Sameep Kang, as he has always essayed serious roles, such as those in Dakuaan Da Munda 2 and now Shareek 2.